In the last 15 years we’ve been gifted with three Peter Parkers and six “Spider-Man” movies. That’s more than the James Bonds and James Bond movies we’ve received over the same period. For that, you can thank our current comic book movie addiction, which demands new Spideys soon as a star ages out of the role or a reboot proves not up to snuff. With the new “Spider-Man: Homecoming” getting great reviews (including ours) it’s time to wax nostalgic. Is the fun new one really better than the originals with Tobey Maguire? Are the Andrew Garfield years really that bad? (Spoilers: The answers are no and yes yes yes, respectively.) Let’s rank ’em all:

The superhero movie origin story is a like a first date: an awkward formality that, if it goes well, will lead to far better encounters. Sam Raimi’s first “Spider-Man” — that is, the one with Tobey Maguire’s Peter Parker — was a great first date. And the second one was even better. (Some of its excellence is surely thanks to one of the three people credited with the story: “The Adventures of Cavalier & Clay” novelist Michael Chabon, who knows his comics.)

Also like a second date, it covers some of the same ground: Peter is still trying to get with Mary Jane (Kirsten Dunst), still wrestling with his duties as a superpowered crime-fighter, and once more tussling with an older baddie (Alfred Molina’s Doc Ock, an at least initially gentler foe than Willem Dafoe’s Green Goblin). It just does it with more confidence. And it gives Raimi more chances to be classic him. (The Doc Ock hospital wake-up scene, with its crash zooms and canted angles, is like an “Evil Dead II” bit slipped into a $200 million summer movie.) It even has either the gall or the smarts (or both) to lift a second-to-third act crisis from another terrific superhero sequel: “Superman II,” in which our hero (briefly) quits the hero biz before returning to his calling. 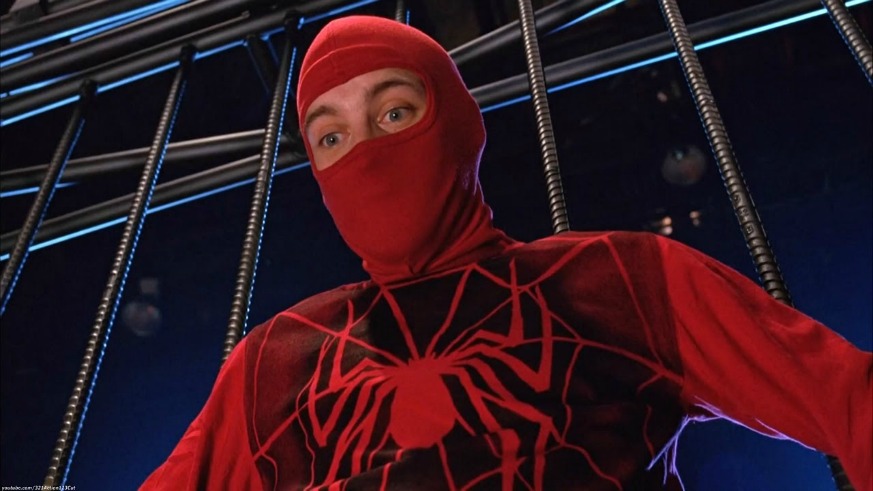 Hard to imagine now, but the comic book movie was all but dead in 2002 — killed by 1997’s camp-tastic “Batman and Robin, with its rubber nipples and hellish Mr. Freeze puns. The one who would save it, paving the way for the eventual return of Christopher Nolan’s Caped Crusader and the unending Marvel Cinematic Universe, was that plucky, gee-whiz kid from Queens.

That being said, the action scenes in Raimi’s first episode are kind of terrible: rushed, cheap-looking, weirdly un-kinetic. Whenever Peter slips on that skin-tight red suit, he clearly turns into a batch of 1s and 0s. What the first “Spider-Man” is great at is everything else. It’s a terrific young adult film (long before the dreaded YA genre aged into a thing). After high school, both Peter and Kirsten Dunst’s Mary Jane enter the real world and find disappointment, heartache and, very nearly, each other. It’s one of the few largely character-driven superhero movies — or blockbusters — and Raimi knows how to slow things down for the big moments, including a screen kiss for the ages. 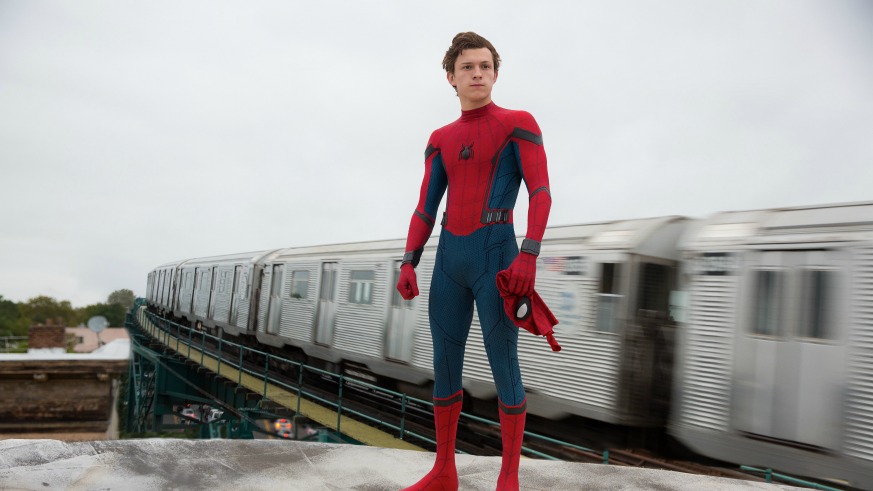 It could have been yet another Marvel movie. But save yet another lumbering, CGI-vomit climax, it isn’t. “Homecoming” is its own thing in almost every way. It’s genuinely funny, for one, and not in the smug, smirking, self-satisfied fashion of “Deadpool.” For another, it takes advantage of the fact that, right now, Tom Holland’s charming, excitable Peter is still an outsider — not yet an official member of the Avengers, even if he got a taste of glory in “Captain America: Civil War.” The Raimi-Maguire “Spider-Man”s are great — or the first two are, anyway — but “Homecoming” is the first that really feels like the classic comics, featuring a protagonist who, at least right now, really, really, really likes being a superhero. Even if it gets sloppy as it goes on, its first hour and change might be the best, or at least most accurate, “Spider-Man” movie.

Today, the main problem with comic book movies is that there are too many of them and so many feel the same. Back in 2007, the main problem with comic book movies is that the sequels tended to have too many villains. That’s a bug Marvel soon fixed: All they did was make all the villains crappy and forgettable. But in the not-very-loved threequel — the movie that made Marvel and company think about ditching Maguire, Dunst, Raimi, et al.  — there are three foes, none of them very good. There’s too much of everything in “Spider-Man 3.” Even at 139 minutes, it’s so clogged it has no room to breathe, no time to slow down for the character beats that made for the best parts of Raimi’s first two. Still, it did give us the above sequence. 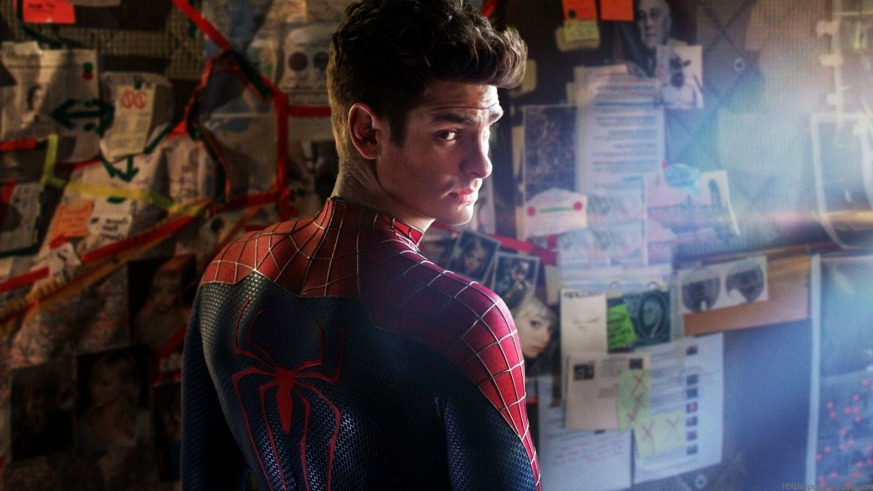 Hear us out when we say that rebooting Spidey before Tobey Maguire’s voice had even changed wasn’t an entirely awful idea. At least it had good people attached. In theory, the intense Andrew Garfield would make for an original Peter Parker. In theory, Emma Stone would make for a funny, acerbic Gwen Stacey. In theory, the guy who directed “(500) Days of Summer” would give it some energy and a few creative set pieces, like the best parts of the indie hit that got him the gig. In theory, communism works. In theory.

The problem was that it arrived at the height of the YA movie craze. So Garfield’s Peter wasn’t intense; he was brooding, sullen (and also kind of obnoxious). And Stone wasn’t allowed to be funny. And the “(500) Days of Summer” guy (his name’s Marc Webb) played it all straight. It’s not only deeply inessential — telling the same origin story told 10 years prior, only with minor-ish variations — but actively misguided. Still, the story of how Peter Parker became Queens’ friendly neighborhood Spider-Man is a good one, worth re-telling. Perhaps with enough time for people to forget it arrived only a decade after the first Tobey Maguire “Spider-Man,” it will age well. But probably not. 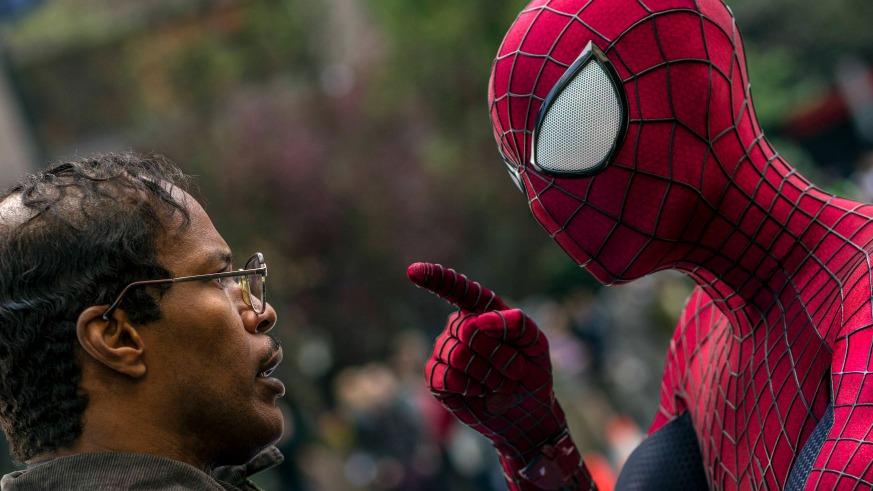 Admittedly, we gave a shruggy pass to the second in the Garfield-Stone years, though we’re too afraid to read our four-year-old review to find out why. (Here it is, for posterity’s sake.) We do remember that it doubles down on the emo, complete with a downer ending, and that it repeated “Spider-Man 3”’s mistake of introducing a second villain in the final act, leading to pure anticlimax.

The thing is we need a Spider-Man at the movies. If there are comic book movies, Spidey should be in the mix, too. So kudos for killing this iteration dead early, at least in franchise terms. It wasn’t working out, and now we have a Peter (played by Tom Holland) who’s as fun and fancy free as Garfield’s was serious and brooding. If this sequel winds up leaving any historical footprint, it will be for helping make Garfield marketable enough to get some very good movies — like Martin Scorsese’s “Silence” — made.