In case you haven’t heard, Kate Middleton gave birth today to an 8 lb. 7 oz. baby boy. His name hasn’t been revealed as of Monday afternoon (though Metro staffers predict Albert or Arthur).

The Duchess of Cambridge left St. Mary’s Lindo Wing with her third child after only a few hours, but before she made her royal exit another (not-so-royal) couple got caught in the media whirlwind outside. These new parents posing for royal photos meant for Kate, William and their new son proved to be just as priceless as you’d expect.

Watch footage from one local U.K. news site below (and watch the stunned father pause to take a his own picture of the press before heading back inside — because we’d document the moment we almost got mistaken for descendants of the Queen, too):

This unsuspecting couple prepared to leave St Mary’s Hospital with their new baby – not long after the Duke and Duchess of Cambridge arrived – and they were met outside by the world’s media.#5News #RoyalBaby #LindoWing | @simonvigar5 pic.twitter.com/qEVq9WrU97

People reports that Kate returned to the Kensington Palace just seven hours after giving birth. And the new parents that got a taste of royal fame took the spotlight quite well, according to Mashable — so well, that they reportedly asked for retakes.

Here’s more footage of these new parents and the milestone pics that will, without a doubt, be their Christmas card for the next few decades.

Unsuspecting couple have new baby – and find the world’s press waiting outside. pic.twitter.com/fWcBBefLDX

The Sun Royal Correspondent Emily Andrews also tweeted about these royal photos: “A baby has arrived!! But it’s not yet Kate…this happy couple are just leaving with their new baby and all the world’s press clapping them!”

A baby has arrived!! But it’s not yet Kate…this happy couple are just leaving with their new baby and all the world’s press clapping them! pic.twitter.com/mzHAFZBAox 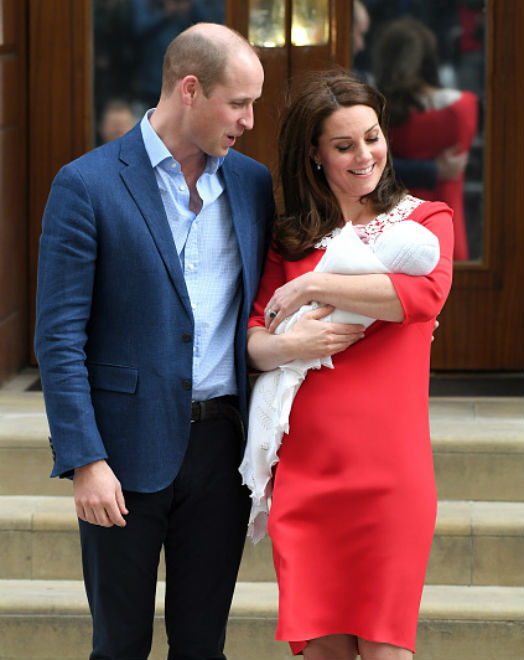 One of those babies has got to be an Arthur. Or Albert.