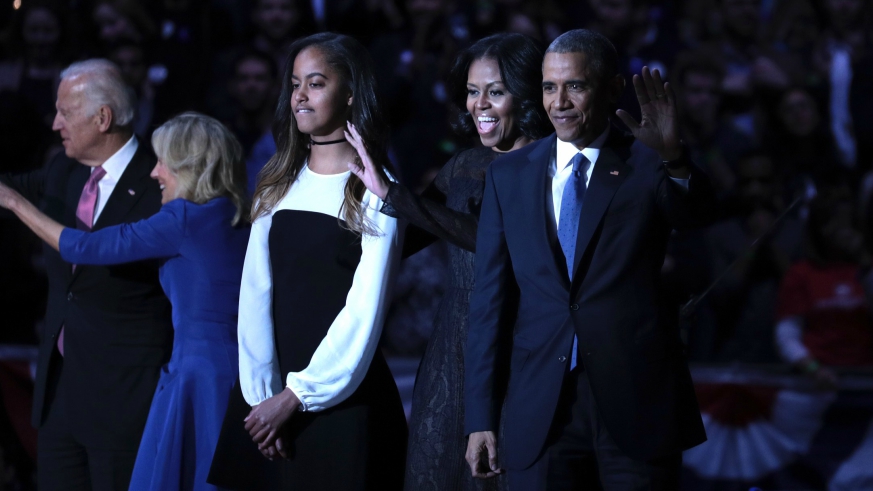 Summer is almost over, which means it’s time for all those college kids to come back to town.

One famous face who will join the flood of incoming freshman will be none other than Malia Obama, daughter of President Barack Obama and former first lady Michelle Obama. Malia and her family were spotted in Cambridge on Monday as the 19 year old prepares for life as a Crimson.

While move-in week didn’t officially kick off at Harvard until Tuesday, a university spokeswoman told the Boston Globe that some students do decide to move in a day early depending on their schedule needs. It looks like Malia took advantage of the opportunity, as the Obama family was seen dining at Harvest in Harvard Square, according to Boston.com.

Judging by posts on social media, locals seemed excited to catch a glimpse of the former first family during their trip to the Bay State.

Malia heads to Harvard after taking a gap year following high school. The elder Obama daughter didn’t waste her time off, though, as she worked as an intern for Hollywood producer Harvey Weistein after previously working as a production assistant for Halle Barry’s CBS series “Extant.”

In addition to hanging around Harvard Square, the Obamas also spent a lot of time vacationing in Martha’s Vineyard this summer. The former first lady was even spotted getting in a quick work out at a SoulCycle on the island.