Many moved ahead of L train shutdown, but now a Williamsburg migration could be coming - Metro US
New York

Many moved ahead of L train shutdown, but now a Williamsburg migration could be coming Up until last Thursday, New Yorkers had been preparing to whether the storm of the L train shutdown for years. For some, the best way to deal with 15 months of no train service was to move.

Dumbo Moving CEO Lior Rachmany says his company moved about 400 people out of areas served by the L train in the past six months alone, which stands out from previous years.

“There was a trend of moving out … in the same area, but not on the L line. You can tell from just point A to point B that the movements were because of that,” Rachmany said. “We don’t usually ask the customers [why they move], but they did mention, ‘I want to move before they’re shutting it down, what’s the best time of the year to do that?’”

From July to September, Dumbo Moving helped about two or three people a day schlepp their stuff away from mostly Williamsburg, Bushwick and Stuyvesant Town.

Those numbers increased between October and December, the moving company says. Gov. Andrew Cuomo announced that a full L train shutdown wouldn’t be necessary on Jan. 3.

Ellen Wilson, 23, lived in East Williamsburg off the Montrose Avenue L train stop. Her lease ended on Nov. 15, so she and her roommate moved to the Upper West Side.

“I really like my new area. I’m not angry about it because I dislike where I’m living,” she said, “but I did lose a ton of amenities that I had before, and had to pay a ton of money to move, because moving is expensive.”

Wilson estimates her new place, which she shares with a roommate, is about 200 more a month than her East Williamsburg apartment, and that’s without the AC and the elevator her previous digs had.

Practically her whole building and most of her friends moved, she said. One friend owns a bar in the area, and though she’s excited for him that the L train shutdown is canceled, he’s still concerned, he told her, because “everyone’s already moved anyway.”

“This is the first time that I just truly felt screwed over by the government,” she said, “because the thing is just so political. It just seems like everyone’s saying [Cuomo] wants to run for president in 2020.”

But not everyone has movers regret. Nick Kelly, 30, lived in the East Village and works near Grand Central, but often spends his nights and weekends in Williamsburg. He decided to move in November and ended up in Long Island City, just a few days before the announcement of Amazon HQ2 in Queens.

“It’s funny because on the one hand, I was like, ‘I can’t believe that [Cuomo’s announcement] didn’t come out a little bit sooner,’” he said. “But on the other hand, Long Island City — the vibe is so drastically different from the East Village. It’s calmer, quieter and a little bit more adult, which I realized quickly that I appreciate a lot.”

“I thought for a minute that I would regret it,” he added, “but I think that moving out of Manhattan was a little bit of a lifestyle change for me, but allows me to still do all the things that I’m passionate about over in the Brooklyn area.”

Rachmany thinks many of his customers used this moment to change their lives, whether moving in with a partner or moving to a more family-oriented neighborhood. 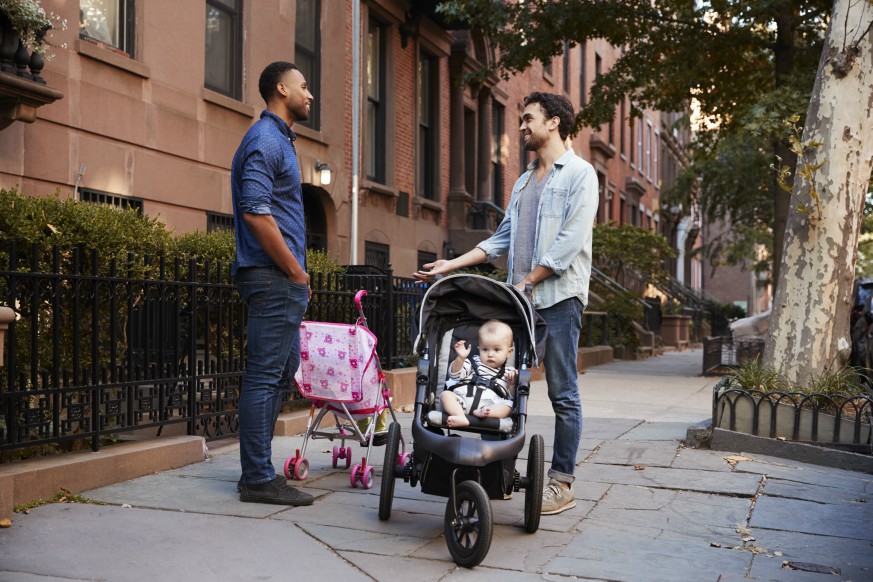 But he also saw residents moving into Williamsburg, scoring deals with landlords desperate for tenants during the L train shutdown.

North Brooklyn rents fell a cumulative 1.5 percent since the L train shutdown was first announced in April 2016, according to StreetEasy Senior Economist Grant Long, while rents in the borough increased a cumulative 3.3 percent.

Now, though, that’s expected to take a turn.

“[Brokers] are predicting a trend of great migration into Williamsburg again,” said Rachmany, who often meets with brokers to get insight into the real estate market.

“Recent prediction are that prices are going to go up and finally the new developments are going to prove themselves,” he added, “because there are some buildings sitting half empty.”