The date “September 20, 2017” has been engraved in the memories of hundreds of thousands of Puerto Ricans as a dreadful day, caused by the hit of the most destructive hurricane experienced in years — Hurricane Maria.

The devastation it brought led to an outbreak of stress, depression, anxiety, with some Hurricane Maria survivors going so far as to commit suicide. After the first trip around the sun, many Puerto Ricans are hopeful, but some feel they are reliving the tragedy, which is raising new mental health concerns.

One year after a catastrophic event is the peak season for post-traumatic stress disorder (PTSD), according to mental health experts, due to the so-called”Anniversary Effect.” 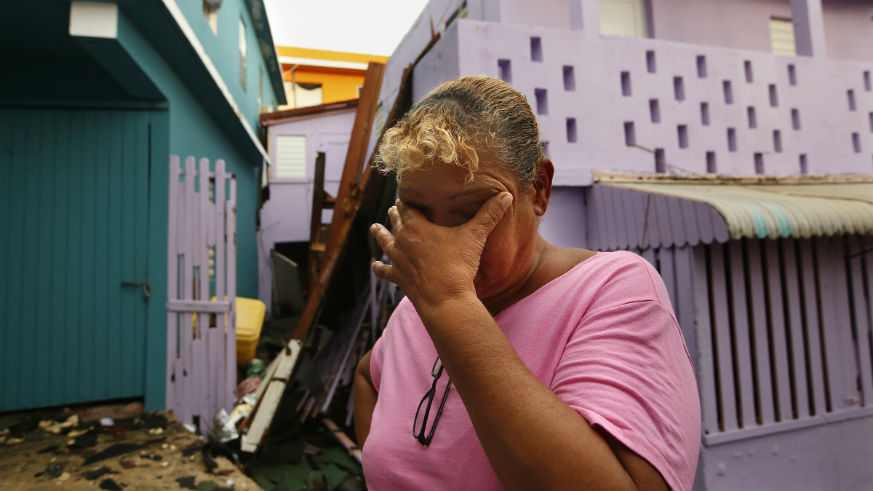 “To a clinical level, we have started to observe, from summer to now, more people that are searching for help for symptoms related to post-traumatic stress directly correlated to the hurricane, but this is only the most severe symptomatology,” said the director of the Center of Study and Treatment of Fear and Anxiety (CETMA), Karen Martinez, adding that more research needs to be done.

“The key moment that manifestations of post-traumatic symptoms start to surface is from twelve to 18 months after the disaster, unfortunately, we are now entering the moment where we predict that more cases will resurface,” she said.

Martinez acknowledges that it took more time for people to focus on their mental health because, “We spent a lot of time in simply resolving our basic necessities of having water, electricity, food, and a safe roof, and there are still many people recovering.” Among the symptoms of PTSD are having dreams related to the traumatic event, experiencing flashbacks, and a great discomfort with event-related stimuli.

Chief of Administration of Mental Health and Drug Addiction Services (ASSMCA), Suzanne Roig said that Maria’s anniversary is a risk factor for survivors struggling with mental health. “Yes, we have an increase in anxiety disorders. The same thing happened during hurricane Katrina, it had the same result and it is the same thing we are observing here,” she said.

Silma Quiñones, a psychologist in Puerto Rico, told Metro that “typically what usually happens is the anniversary syndrome, it is like PTSD, the person starts to relive the emotions and the discomfort and anguish associated with the traumatic event even though nothing is happening right now, even though everything is re-established.” She added that this syndrome lasts for multiple years after the catastrophic event and its symptoms arise by the date of the anniversary. Symptoms may include sleep difficulty, stress, anxiety, and a feeling of profound sadness.

“It is not only to provide my specialty and knowledge, but it is also for me to understand the story,” Figley told Metro, adding that it could be an opportunity for developing knowledge, not only for the island, but also for research across the globe. “Many people that have PTSD have not been diagnosed, and they recovered,” said Figley, whom during his career has studied around 35 traumatic events. He attributed those cases of recovery to the fact that people can receive treatment “not only by psychiatrists and psychologists, but by faith, clubs, friends, and community activities.”

Suicide cases on the rise in Puerto Rico

Martínez compared the situation in Puerto Rico to fallout from Hurricane Katrina, whose survivor population is “the closest thing to Puerto Rico in terms of the psychosocial stressors, and poverty level.”

“The environment following the disaster left such a big impression that for people who already have risk factors for suicide, this becomes the straw that broke the camel’s back,” Martínez explained.

In the days immediately following Hurricane Maria, the island’s suicide prevention helpline received about 800 calls. Now, a year later, the helpline is still getting 500 to 600 calls daily. “We continue to promote the use of the PAS line because that line is much more than suicide prevention,” explained Roig.

If you are having suicidal thoughts, the National Suicide Prevention Lifeline provides 24/7, free and confidential support at 1-800-273-8255 (TALK) or visit suicidepreventionlifeline.org.

This story has been translated from Spanish.