The Islanders would receive a huge boost if they acquired Matt Duchene. (Photo: Getty Images)

The NHL world is still waiting to hear about any possible decisions made by Ottawa Senators center Matt Duchene.
The 27-year-old becomes an unrestricted free agent at the end of the year and has not instigated any sort of contract extension talks with his current team.
While he’s expressed his affinity for Ottawa, he admitted earlier this month that he would wait to see how things would play out with star defenseman Erik Karlsson and right winger Mark Stone before making any sort of decision about his long-term future. 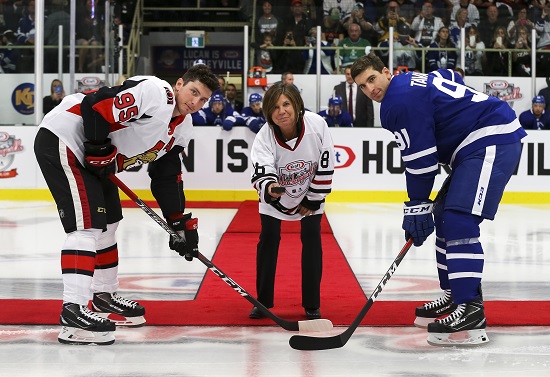 Karlsson is now gone after being traded to the San Jose Sharks, the two-time Norris Trophy-winning blueliner and former captain of the Senators’ departure ushering in what will likely be a complete rebuild.
There have been no updates on Stone, whose contract expires at the end of this season as well.
These developments shift in the favor of the New York Islanders, a team that has been linked with Duchene.

When he was originally put on the trade market by his first team last year, the Colorado Avalanche, the Islanders were interested. However, former general manager Garth Snow was unable to gain any real progress in negotiations.
Earlier this summer, shortly after the team lost John Tavares to free agency, the Islanders entered talks with the Senators about a deal involving Duchene.
New team president Lou Lamoriello has not replaced the scoring output that was lost when Tavares opted to sign with the Toronto Maple Leafs on Jul. 1. At the moment, the Islanders offense is reliant on reigning Calder Trophy winner Mathew Barzal and 40-goal scorer Anders Lee.

Barzal has been promoted from second-line center to Tavares’ former spot on the first line, leaving the Islanders weakened down the middle. As it stands, the inconsistent Brock Nelson could center the second line with Jan Kovar and Casey Cizikas rounding out the bottom six.
Duchene would give the Islanders an added scoring punch and much-needed consistent skill at the position. Duchene popped in 27 goals last season, three off a career-high 30 that recorded in 2015-16.
Adding him to New York’s second line suddenly rounds out a pretty solid-looking top six as the first line of Lee, Barzal and Jordan Eberle could be followed up by a trio of Anthony Beauvillier, Duchene and Josh Bailey.
If the Senators get off to a bad start, which is expected, it wouldn’t be surprising if Duchene alerts the team that he wants to be traded away or else he’ll walk in free agency.