Montreal Canadiens left winger and captain Max Pacioretty likely won’t be sticking around in Quebec for much longer.

Marc Antoine Godin of the Athletic reported on Wednesday that the Canadiens have informed Pacioretty that they will not negotiate a contract extension and attempt to trade him “as soon as possible.” 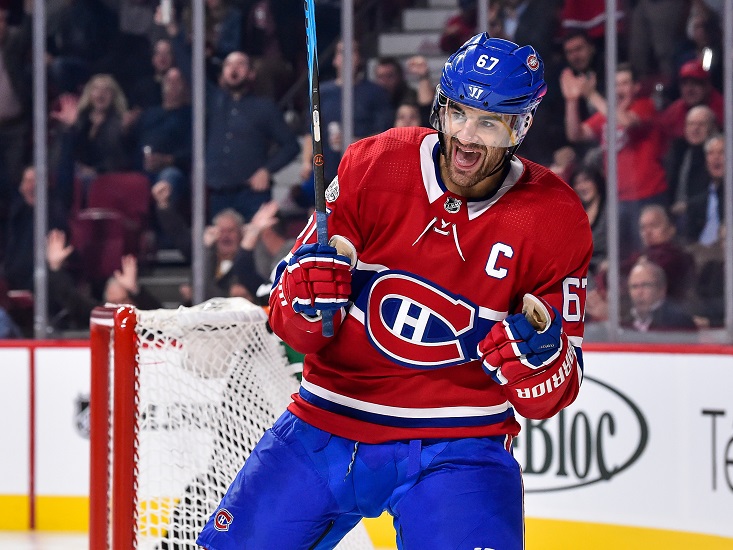 The 29-year-old is set to become a free agent after the 2018-19 season. With initial talks having gone stagnant last month, the Canadiens’ patience with the star quickly ran out, which leads one to wonder how much the John Tavares-to-Toronto Maple Leafs ordeal had to do with this decision making. The New York Islanders opted to try and re-sign the former captain Tavares instead of trading him for a sizable return. Instead, they lost him for nothing when free agency began on Jul. 1.

While Montreal’s return for Pacioretty might be limited because of his contract situation, there won’t be a shortage of suitors.

Those very same Islanders were linked with Pacioretty during June’s NHL Draft as the Canadiens wanted a first-round pick for him, according to Sportsnet’s Eric Engels. New York opted to keep the pick, taking big-time prospects Oliver Wahlstrom and Noah Dobson with pick Nos. 11 and 12.

The Connecticut native has scored 30 or more goals in each of the last five seasons when he’s played 70 or more games. Last season saw injury issues limit his campaign to just 64 games as he put up just 17 goals and 20 assists on a first line with Jonathan Drouin and Brendan Gallagher. That isn’t necessarily the kind of combination that is going to yield a high point output.

On his day though and in the right situation, Pacioretty is a speedy, premier goal scorer that will pack a punch on any NHL team’s first line making him one of the league’s top trade targets this summer.

It wouldn’t make much sense for the New York Rangers to go after Max Pacioretty. General manager Jeff Gorton made it known in February that his team is going to rebuild through its youth. Dealing promising prospects for one year of Max Pacioretty wouldn’t necessarily fit that tune.

The Islanders though are an interesting option. They need to make up for the scoring lost with Tavares’ departure and it’s known that they have discussed acquiring Pacioretty.

He would give New York a deep pool of talent on the left wing as the Islanders already boast 40-goal scorer Anders Lee and the developing Antony Beauvillier, who came on strong in the second half of the 2017-18 season.

With young talent and draft picks to deal, the Islanders have no shortage of resources to get things done. The problem is how much they would be willing to part with for just one secured year of Pacioretty before he hits free agency. Obviously, a sign-and-trade of sorts would not only sweeten Montreal’s return but it would coax the Islanders into feeling a bit more secure should they have to give up a player like promising defenseman Devon Toews, for example.