An ad in an MBTA station that was critical of U.S. military support for Israel is set to come down under a policy adopted by T board members Monday.

Updated advertising guidelines would ban from T property all ads addressing “political issues or matters of public debate.” It would take effect in December. The vote from the MBTA’s fiscal and management control board was unanimous.

The restriction covers “an opinion, position or viewpoint on a matter of public debate about economic, political, moral, religious or social issues.”

The ad at the center of the debate is one that featured a picture of a young girl and called attention to the deaths of Palestinian children amid conflict with Israel. The single advertisementhung in Davis station as of Monday. 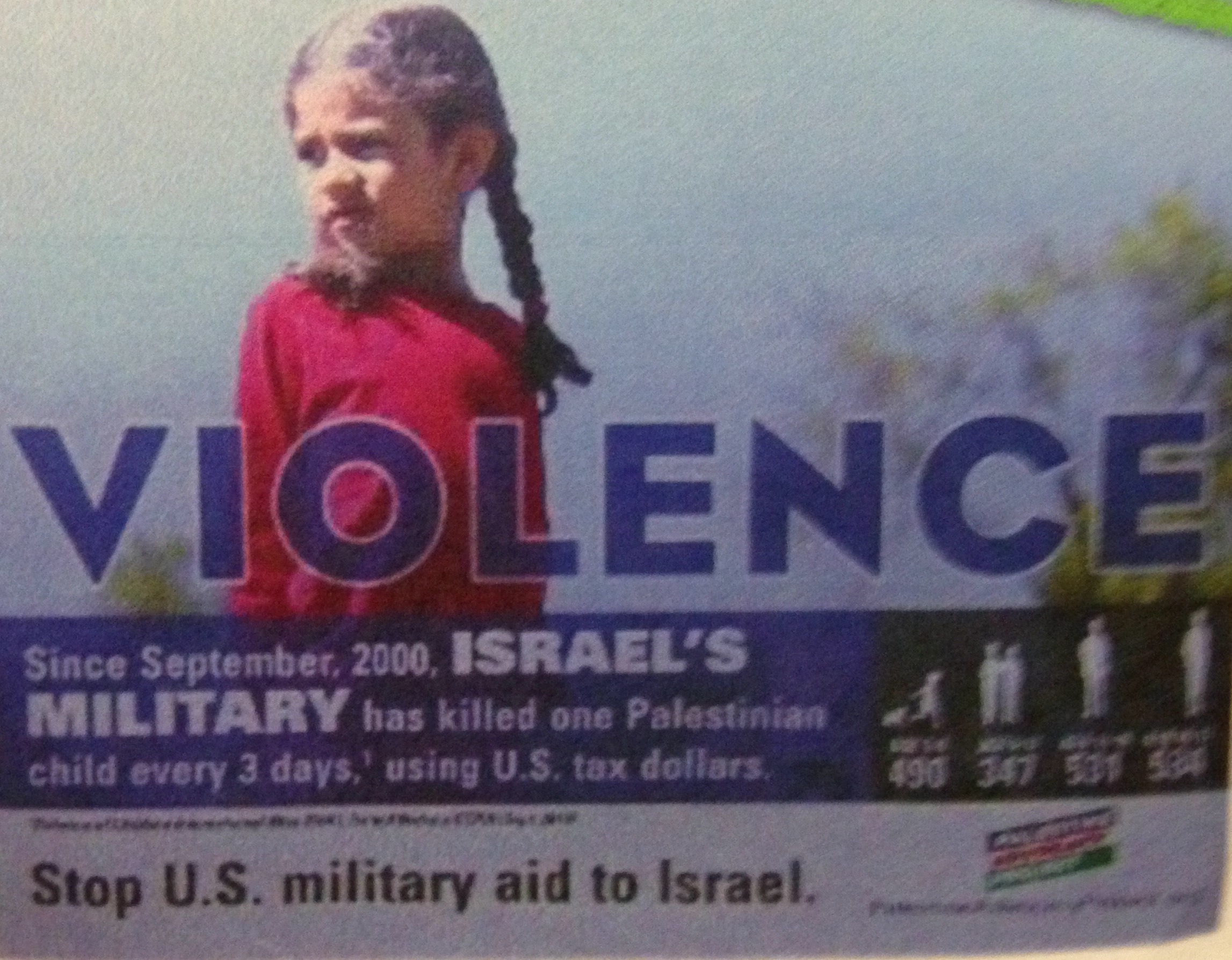 Speakers claimed the ad promoted violence against Jewish people and called it inaccurate.

Charles Jacobs, president of the Watertown-based Americans for Peace and Tolerance, called it “slander against the Jewish people” and said it would “incite hatred against my community.”

A leader from the group behind the ad defended it, to boos and shouting from opponents.

“We have the right to criticize government,” said Richard Colbath-Hess, treasurer for the Palestine Advocacy Project.