Meghan Markle argued against sexism when she was just 11: Watch – Metro US
Celebrities

Meghan Markle argued against sexism when she was just 11: Watch 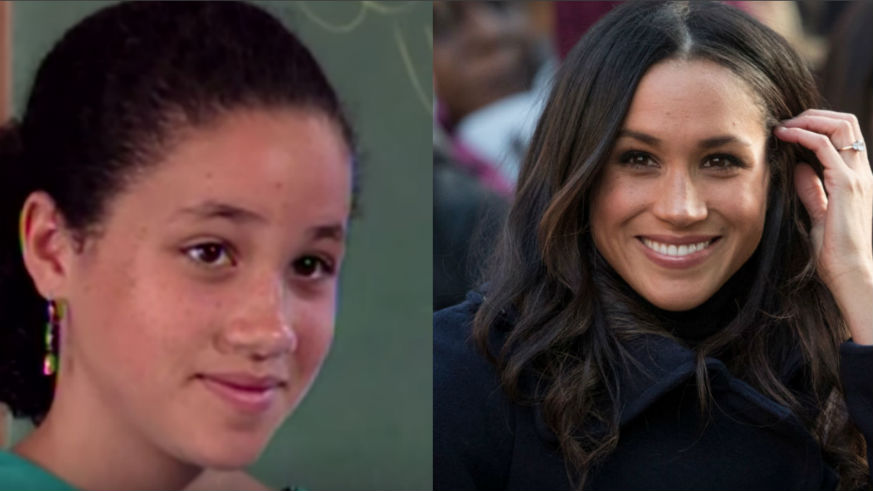 At age 11, Meghan Markle didn’t know a lot of things. She wasn’t aware that she’d one day be engaged to royalty or that she’d grace television screens across the nation as a famous actress. But she did know this: the world was sexist.

As a World Vision Global Ambassador, an advocate for UN Women and activist for non-profits like One Young World, Markle has a history of humanitarianism and is a true face for women’s rights — and it all started when she was just 11 years old.

Markle, an elementary school student at the time, fought back against an Ivory dishwashing liquid commercial for its sexist advertising. The tagline read: “Women all over America are fighting greasy pots and pans.”

Inside Edition recently released a video with footage from a 1993 interview with the young Markle who took action by writing letters to powerful women like news host and journalist Linda Ellerbee, the then-First Lady Hilary Clinton, Gloria Allred and Procter & Gamble itself.

“I don’t think it’s right for kids to grow up thinking these things — that just mom does everything,” Markle says in the interview. “It’s always mom does this, and mom does that.”

A month after her story aired on Nickelodeon, the tagline for the Ivory soap commercial was changed to, “People all over America…”

“It didn’t matter if she was 11 years old,” Ellerbee says in the Inside Edition video. “She believed in women, she believed in her own power, and she wasn’t afraid to reach out and say, ‘I want my power. I want my rights.’”

At a UN Women’s event in 2015, Markle made a speech detailing this incident, saying that at 11 years old, she “unknowingly and somehow accidentally became a female advocate.”

“It was at that moment that I realized the magnitude of my actions,” Markle said to an applauding crowd. “At the age of 11, I had created my small level of impact by standing up for equality.”

According to the facts, yes. Or at least, there’s a very strong possibility. Her free expression, The Guardian speculates, could become a problem, as former press secretary to Prince Charles Dickie Arbiter told the publication: “What she was able to say before she came into ‘the firm’ is very different to what she is going to be able to say now. It all changes.”

The royal family is expected to stay “politically neutral” and modest about their opinions. CNN noted just how old-fashioned the royal family is. Up until shortly before Prince George’s birth, royal-born girls did not have equal succession rights to the thrown as their brothers.

According to BCC, under the old laws, which dated back more than 300 years, “the heir to the throne is the first-born son of the monarch. Only when there are no sons, as in the case of the Queen’s father George VI, does the crown pass to the eldest daughter.”

“[Meghan] is going to have to adapt,” Arbiter stated to The Guardian. “I am sure she is on the road already.”

But it’s hard to imagine Markle, who has written riveting, tell-all essays about growing up bi-racial, established a thriving career as a businesswoman and actress (even if she does have to give that up) and become a leader in tackling issues on gender inequality, will be silenced.

Yes, she will still devote her life to humanitarian work as a member of the royal family, but it can’t just be tea parties and public appearances. For the sake of women — for the sake of the world —here’s hoping she keeps her vigor and takes the monarchy by storm. Somehow she’s got to.