Met Gala 2018: Everything you need to know - Metro US
Local

Met Gala 2018: Everything you need to know The Met Gala always takes place on the first Monday in May. For 2018, that’s Monday, May 7.

As always, Vogue’s Anna Wintour is the event chair, with Donatella Versace, Rihanna and Amal Clooney as this year’s co-chairs.

Any celebrity who wants to be seen walks the red carpet during the event, but the rest of us mere mortals only get to see the pictures. Not sure what to expect for the 2018 Met Gala? We’ve got all the details.

What is the point of the Met Gala?

Believe it or not, the Met Gala isn’t just an excuse for celebrities to get dressed up. 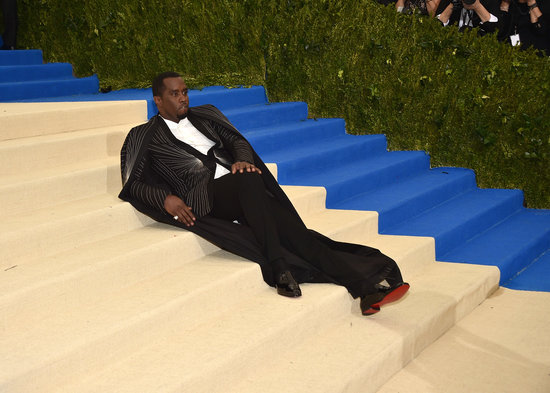 The Met Gala — formerly known as the Costume Institute Gala — is actually a fundraising event for the Metropolitan Museum of Art’s Costume Institute and marks the opening of the museum’s fashion exhibit each year.

There is a new Met Gala theme every year — and celebrities are supposed to interpret the theme in their own way with their fashion. Some do this better than others.

For this year, the Met Gala theme is “Heavenly Bodies: Fashion and the Catholic Imagination,” named after the exhibition that will grace the Met’s galleries and cloisters.

And it could be a little — OK, a lot — controversial.

“Fashion and religion have long been intertwined, mutually inspiring and informing one another,” head curator Andrew Bolton told Vogue. “Although this relationship has been complex and sometimes contested, it has produced some of the most inventive and innovative creations in the history of fashion.”

The actual art exhibition will feature 50 pieces from the Sistine Chapel sacristy, according to Vogue. Many of these pieces — including papal ropes, tiara and robes — have never been seen outside of the Vatican. Another “150 or so” ensembles will be from designers like Coco Chanel, who was taught by nuns, John Galliano, Dolce & Gabbana, Versace and more.

“We know it could be controversial for right wing or conservative Catholics and for liberal Catholics,” Bolton told The New York Times, adding that the exhibition will expand “on a shared hypothesis about what we call the Catholic imagination and the way it has engaged artists and designers and shaped their approach to creativity, as opposed to any kind of theology or sociology.”

How celebrities interpret the theme will undoubtedly push the envelope, too.

The big question: Will celebrities ditch the party to smoke in the bathroom?

Celebrities like Marc Jacobs, Courtney Love, Bella Hadid, Sean Combs and Kylie Jenner spent most of the night gathered around the toilets, smoking — cigarettes, of course.

The pictures naturally made it to social media, leading a city health commissioner Dr. Mary Bassett to send a letter to Met officials.

“When young people see glamorous stars smoking and flouting the law, it undermines the progress that has been made in denormalizing smoking and increasing awareness of smoking’s health risks,” she wrote in the letter, according to Vanity Fair.

And then there’s the whole thing about the priceless artwork at the Met.

“Mostly, it’s disrespectful to the art collection, which needs to be kept 100 percent smoke-free. I would honestly like to see these people fined by the city,” a source told Page Six at the time. “They were smoking by toilets, sure, but it’s not like they were Duchamp.”

Want to see it for yourself? Be prepared to pony up big cash: The 2018 Met Gala reportedly costs anywhere from $30,000 to $50,000 for just a ticket (not including hair, makeup and fashion) — and Wintour has to approve you, too.