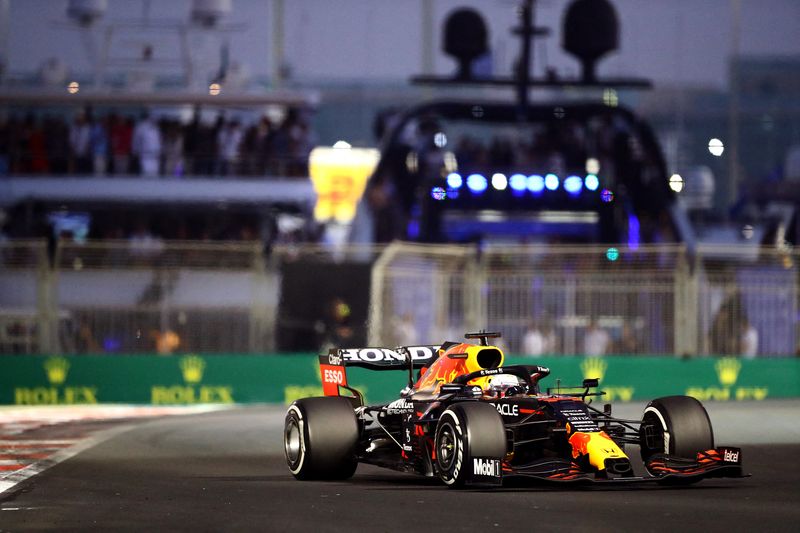 LONDON (Reuters) – Argument over the controversial ending to the Formula One season and the title won in Abu Dhabi by Red Bull’s Max Verstappen is tarnishing the sport’s image, the governing FIA said on Wednesday.

The International Automobile Federation said in a statement “a detailed analysis and clarification exercise for the future” would be carried out.

“This matter will be discussed and addressed with all the teams and drivers to draw any lessons from this situation,” it added.

Formula One race director Michael Masi, an FIA official, sparked uproar for the way in which he ended a late safety car period in Sunday’s race and handed an advantage to Verstappen, who had pitted for fresh tyres.

The usual protocol is for all lapped cars to pass the safety car before racing resumes, but in this case only the cars between Verstappen and Mercedes’s race leader Lewis Hamilton, on older tyres, were cleared.

Verstappen then had a clear run to overtake seven-times world champion Hamilton on the last lap of their winner-takes-all battle.

Hamilton, the sport’s most successful driver, said over the radio he felt the race had been manipulated.

His fans have declared the driver robbed while others have expressed concern that Formula One put entertainment and excitement over sporting integrity.

Mercedes are still considering an appeal, with the deadline shortly before Verstappen is due to be handed the champion’s trophy in Paris on Thursday night.

The FIA said there had been “significant misunderstanding” and the argument was “tarnishing the image of the championship” and the “due celebration” of Verstappen’s first title and Mercedes’s eighth successive constructors’ crown.

It added it wanted to provide clarity to the participants, media and fans about the regulations “to preserve the competitive nature of our sport while ensuring the safety of the drivers and officials.

“It is not only Formula One that may benefit from this analysis, but also more generally all the other FIA circuit championships,” it added.

The FIA aimed for feedback and conclusions before the start of next season.

Masi, an Australian, was not mentioned in the statement.