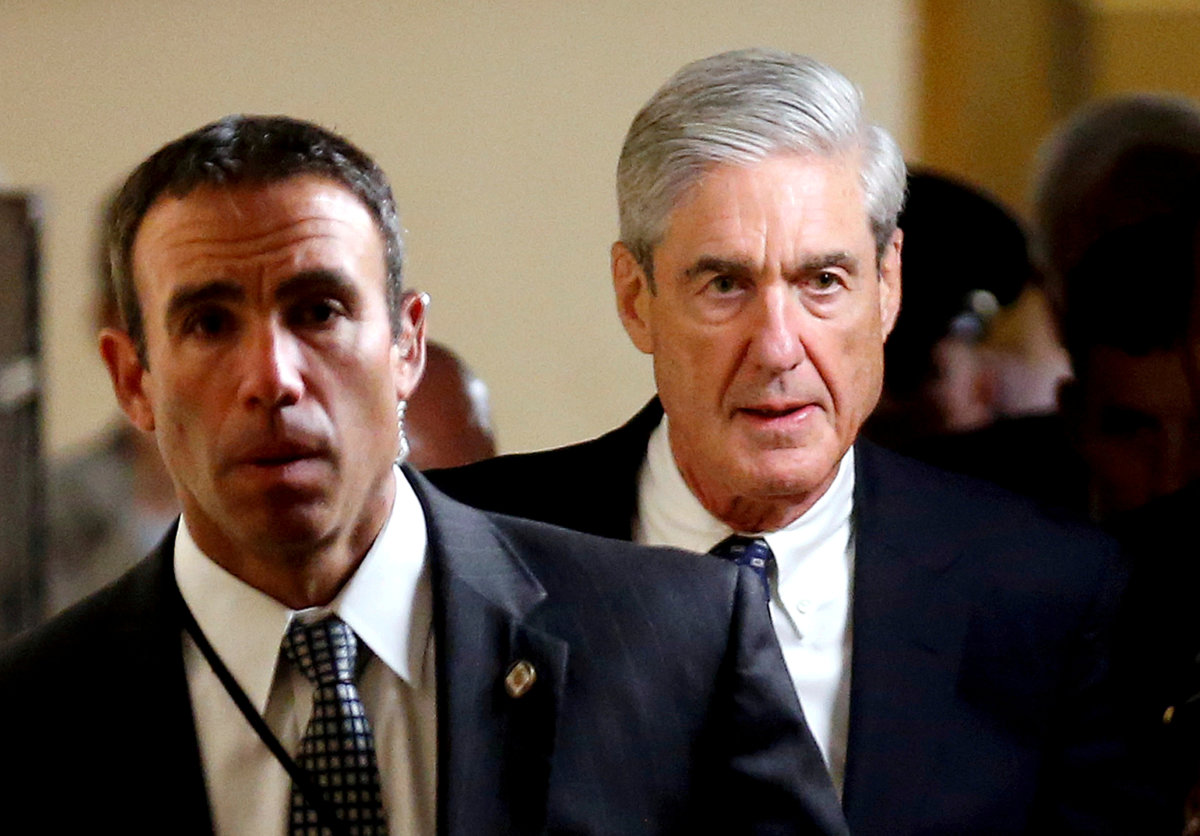 WASHINGTON (Reuters) – Special Counsel Robert Mueller has handed in a keenly awaited report on his investigation into Russia’s role in the 2016 presidential election and any potential wrongdoing by U.S. President Donald Trump, the Justice Department said on Friday.

Mueller submitted the report to Attorney General William Barr, the top U.S. law enforcement official, the department said. The report was not immediately made public – Barr will have to decide how much to disclose – and it was not known if Mueller found criminal conduct by Trump or his campaign, beyond the charges already brought against several aides.

Mueller, a former FBI director, had been examining since 2017 whether Trump’s campaign conspired with Moscow to try to influence the election and whether the Republican president later unlawfully tried to obstruct his investigation.

The White House was not immediately available for comment.

In a letter to lawmakers, Barr said Mueller had concluded the probe, that he is reviewing the report and will be consulting the deputy attorney general and Mueller to determine what information from it can be released to Congress.

Barr, a Trump appointee confirmed by the Senate in February, told the lawmakers he may be able to provide information to Congress on the report’s findings as soon as this weekend.

The Russia investigation has cast a shadow over Trump’s presidency and ensnared key figures including his former campaign chairman Paul Manafort, former personal lawyer Michael Cohen and national security adviser Michael Flynn, who already have either been convicted or pleaded guilty to charges brought by Mueller. The big question now is whether the report contains allegations of wrongdoing by Trump himself.

Trump has sought to discredit the investigation, calling it a “witch hunt” and accusing Mueller of conflicts of interest. On

U.S. intelligence agencies have concluded that Moscow meddled in the election with a campaign of email hacking and online propaganda aimed at sowing discord in the United States, hurting Democratic candidate Hillary Clinton and helping Trump.

Mueller’s investigators have looked into a large number of contacts between people associated with Trump’s campaign and Russia such as a meeting in New York’s Trump Tower between members of the president’s inner circle including his eldest son and a Kremlin-linked Russian lawyer five months before the election.

(Writing by Alistair Bell; Editing by Will Dunham)