Need help breaking the glass ceiling? There’s an app for that – Metro US
Career

Need help breaking the glass ceiling? There’s an app for that Out of all Fortune 500 CEOs, women currently occupy just 24 spots. Lindsay Kaplan and Carolyn Childers want to change that with Chief, a female networking service dedicated to fostering connections and accelerating gender parity in the workplace.

Kaplan and Childers both worked at the senior level in corporate America. The Chief service, set to launch this winter, is inspired by YPO, a private network for CEOs made up predominantly by male executives (90% of members are men, according to Fortune, who first reported on Chief and its co-founders).

“So, how do we get more seats at the table? Where is the ongoing network of support and camaraderie to support powerful women? Where is our boys club?” the two wrote in a mission statement (which you should absolutely read in full on Medium).

Chief, described as a private female networking service, is open to women execs from the VP level up, in major cities. Their first target? New York.

“We decided to launch in our home base of New York, where we both have worked in startups — Casper, Handy — for years,” the co-founders explain to Metro. “It’s also a city incredibly diverse in talent.”

Kaplan and Childers raised $3 million to launch Chief from partners such as Primary Venture Capital, Box Group, XFactor Ventures, Silas Capital and others.

Chief has a “soft opening” in December. The full program will kick off in January.

Chief female networking: What will it offer?

The female networking service consists of monthly in-person peer groups dedicated to media training, wellness, personal finance and more. The app will allow members to take Chief on the go and is described as “an accessory to our core mission of connecting and supporting women on their way to the top.”

Kaplan and Childers say Chief is “not a traditional women’s professional network.”

“We don’t want Chief to be about name tags, awkward introductions and more panels,” they note. “We created Chief to build meaningful connections with the right people, and develop a program of learning that would help support women to increase representation in the C-suite.”

Chief is only launching an app for now (it won’t have an additional desktop platform). The first group of women based in New York, the “founding class,” totals at 200 — and Chief has now opened a waiting list.

“Our original goal was to launch with 100 founding members,” Kaplan and Childers tell Metro. “Much to our surprise, news about Chief rumbled around New York, and demand caused us to double our founding class size to 200.”

Membership will cost $5,000 per year, which the co-founders say most companies sponsor on behalf of the female networking member.

“We have seen incredible enthusiasm from companies excited to support their female leaders,” they explain. “If you compare this with the cost of a company-sponsored trip to a three-day conference ($3,000 to 8,000) or a month with an executive coach ($5,000 to $10,000), the value is tremendous.”

The Chief co-founders point out that YPO has grown their membership to 25,000 “and they only focus on CEOs and Presidents. We have big aspirations, and the waitlist has compelled us to explore growing at an even faster clip to meet demand.”

This! We heard so much of this! https://t.co/0XfseGEoJq

For their female networking service, Chief is welcoming VPs from corporate America as well as from smaller startups.

“Many of our members are powerful women who have non-traditional careers, or work at companies without learning and development budgets,” the co-founders say. “We encourage all women to apply, and if accepted, we offer grants and work with members to ensure Chief stays committed to talent and inclusion.”

Chief will be opening the application process to those on the waitlist in the next few weeks. Go to joinchief.com to sign up.

The co-founders say you don’t need to live in the city to apply, so long as you can commit to attending the monthly sessions.

The application process will take “more into account than someone’s work experience. We want to make sure we have an understanding of workplace challenges, long-term goals and personality to create a holistic psychographic profile.”

Upon Chief’s winter launch, the app will be available for download in the App Store. It will reportedly be password-protected so that only members of the female networking service have access.

Kaplan and Childers are aiming to launch in a second city by the end of 2019. 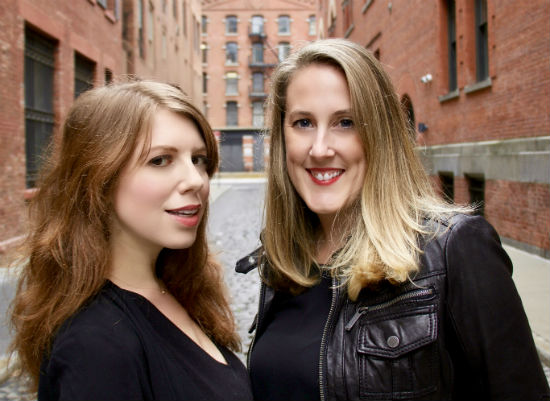 Female networking is good for morale (a given). In addition, continuing to build female representation in executive roles could financially benefit corporations — and the Chief co-founders list the numbers to prove it.

Why women? “Because only 7% of CEOs [at Fortune 1000s] are women — and only 19% of C-Level positions in general are women. Because only 2% of venture capital funding goes to businesses with female founders — and only 8% of VC partners at leading funds are female.”

They continue: “Because businesses that have at least 30% women in leadership positions have a 15% higher ROI — and Fortune 1000s businesses with a female CEO performed three times as well as those led by men.”

“Because at the current rate of change it will take 217 years for women to reach parity in business. And that,” they say, “is unacceptable.”

As the Chief co-founders end their mission statement, “We don’t need a seat at their table. We’re building our own.”