It finally started to feel like spring in the Big Apple as New Yorkers got the go-ahead from the weather to leave their apartments and enjoy the wildly popular open-air food market Smorgasburg on its opening day. Located along the Williamsburg waterfront, and nestled right between some glossy high-rise buildings and Bushwick Inlet Park, the long-running weekend food festival attracts hordes of hungry people from all five boroughs to sample food and beverages from over one hundred different vendors every weekend. Today was no different, as people of all ages filed along in tight lines to get the chance to stuff their faces with some of the city’s finest street grub.

All of the Smorgasburg staples like Ramen Burger, Home Frites, Bedstuy’s massive cake-like doughnuts Dough, and Mighty Quinn’s BBQ were all accounted for with some brand new drool-worthy additions to get people pulling out their phones and cameras like alien life just touched down on the planet for the first time. Newcomers like the fast-fried seafood booth Bon Chovie had people lined up to wolf down their Calamari Cones and Fried Anchovies. It also helped that they had one of the best pun-filled slogans on I have ever seen with “Oh my cod! Holy shrimp! No Squidding!” Who says good marketing doesn’t go a long way? Wait a minute. Bon Chovie… Bon Jovi? Ahhh, now I get it! 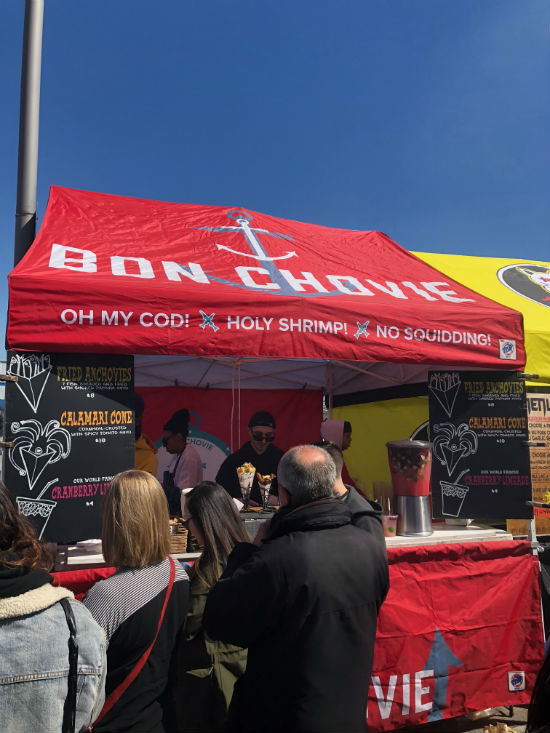 Bon Chovie. Bringing all of the seafood puns.

If you have been slightly buzzed and leaving a show at Brooklyn Steel, you’ve probably thought to yourself at one point or another “Man, I wish I got some of those big ass mozzarella sticks from the Big Mozz stand in the lobby before the show.”  Well, Smorgasburg has you covered this year. The laughably huge mozzarella sticks from Big Mozz were definitely a crowd favorite this year as you could see the steam come off of people big elastic bands of gooey cheese as people took their first bites. 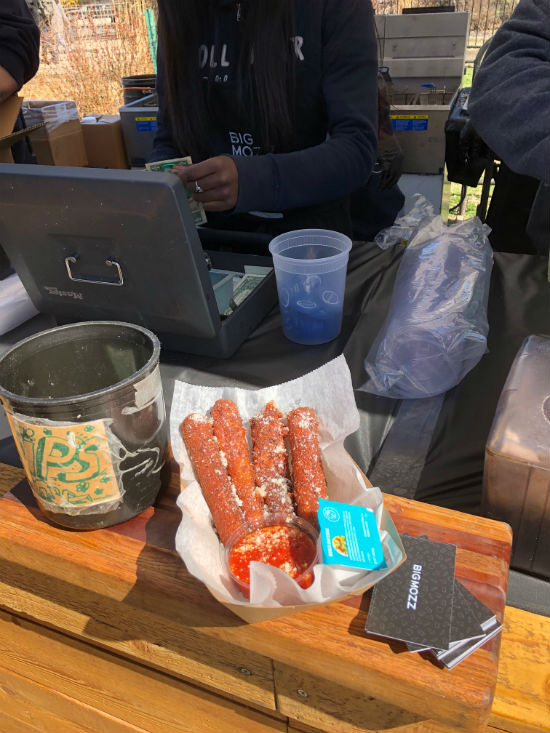 One of the most awesomely-bizarre stands at Smorgasburg was Pop Pasta who served what they touted as “the original spaghetti donut”. And oh man, were they a sight to see. With a slightly fired crispy outside, the donuts were a wild spin on your average bowl of pasta. They had three different variations available with their original red sauce flavor, a spicy pork Nduja, and a truly decadent looking mac n’ cheese. I’m not sure if these would be the first choice of the NYPD for dipping their coffee into before a full day on the job, but they are certainly great for getting a good dose of Italian comfort food in while you are on the go. 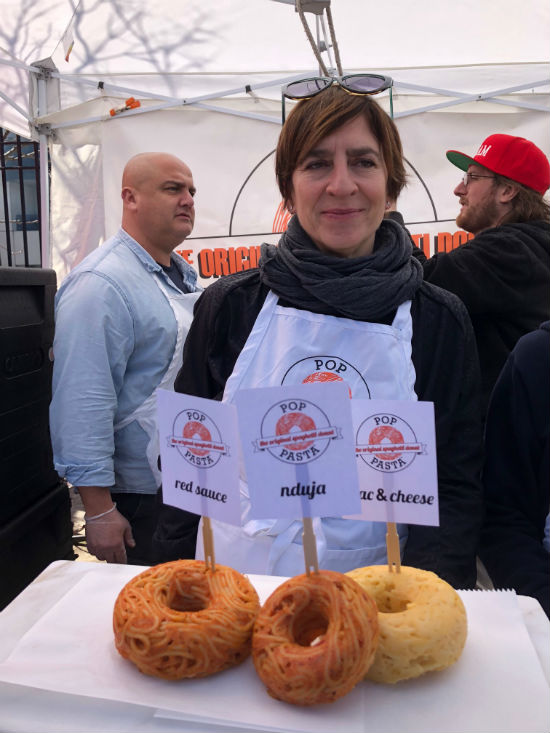 Perhaps the biggest hit of the day was the cheese-centric Raclette NYC. The wildly popular LES restaurant pared down its menu for their Smorgasburg stand to only serve sandwiches and had a huge line of hungry people Instagramming their chefs as they heated up huge blocks of cheese and shaved giant helpings of gooey goodness onto their subs. 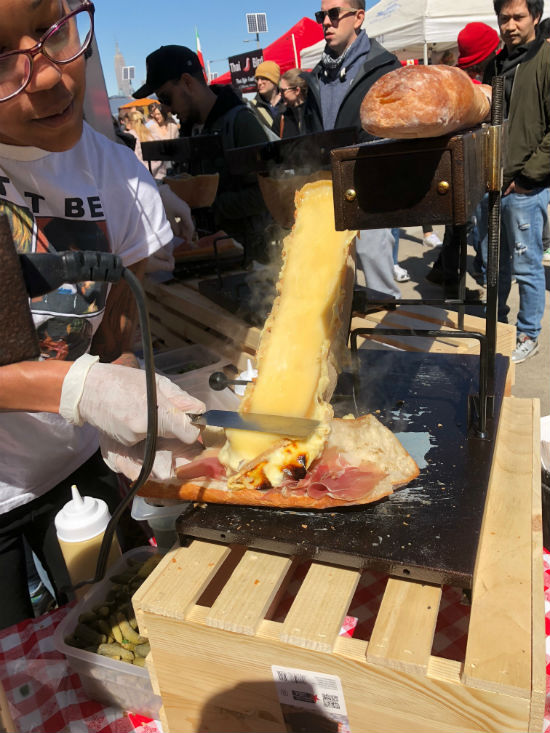 Raclette NYC and their gooooooey cheese.

Smorgasburg will be open at its Williamsburg location on Kent Ave by East River State Park every Saturday and at its Prospect Park location every Sunday until next winter. Hours of operation for both are from 11 am to 6 pm.