The big news on Capitol Hill Tuesday was the unveiling of Trump’s nomination for the supreme court, Judge Brett Kavanaugh who, if voted in, will replace Justice Anthony Kennedy when he retires this summer. The big word in that sentence being “if,” as many Democrats are already lining up in opposition of the conservative judge. Metro caught up with New York’s Democratic Senator Kirsten Gillibrand ahead of her appearance at next weekend’s OZY Fest in Central Park to get her thoughts on Trump’s controversial nomination. 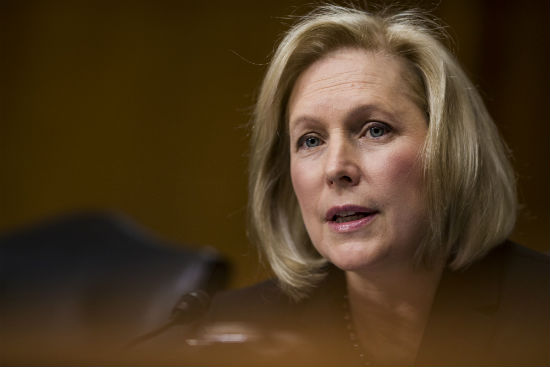 Trump’s nomination of Judge Brett Kavanaugh was not necessarily the pick that most people predicted that he’d choose. When this goes to a vote in the Senate, will you vote to confirm Kavanaugh to the Supreme Court?

Do you see a firm opposition to Kavanaugh’s nomination as being a strategy from your Democratic colleagues in the Senate?

Gillibrand: I hope that all Democrats vote against him and I hope that this is something our constituents speak out loudly and clearly about, because his record is really against our values in multiple ways. He has a terrible record for women’s rights, for immigration rights. He prayed on the dissent in Roe V. Wade. He criticized Justice Roberts for upholding the health care law. I think he has a very, very toxic record and I hope that our colleagues all stand against him.

Kavanaugh has also previously voiced his belief that “we should not burden a sitting president with civil suits, criminal investigations or criminal prosecutions.” So if Mueller were to find anything in his investigation, would it be safe to guess that he’d side with the Trump administration?

Gillibrand: Right. His words about the role of the special counsel and the authority that he believes the President has are very far outside of the mainstream. I hope that this is something that my constituents across New York are paying attention to, and across the country. I hope they speak out loudly. I hope they speak strongly about why this justice is so far out of the mainstream that he should not be confirmed and create a rallying cry around the country to pressure senators to vote no.

Do you think that this vote for confirmation should be pushed back until after the midterm elections?