New York’s Hottest Art Scene Is Underground — In the Subway

Even in the middle of winter there’s always something blooming in New York City, and this year it was in the most unlikely place: the 28th Street subway stop on the 6 train. Brooklyn-based artist Nancy Blum’s flowers — all found in nearby Madison Square Park — captivated the city, and she’s not the only one who’s been capturing attention lately.

Rico Gatson’s striking mosaics of African-American leaders livened up 167th Street in the Bronx in January, while in Washington Heights the 163 St.-Amsterdam Ave. C station also got striking bouquets by artist Firelei Baez. Inspiring quotes line the walls of the Cortlandt Street stop on the 1 line, reopened last September exactly 17 years after it was destroyed when the World Trade Center towers fell. 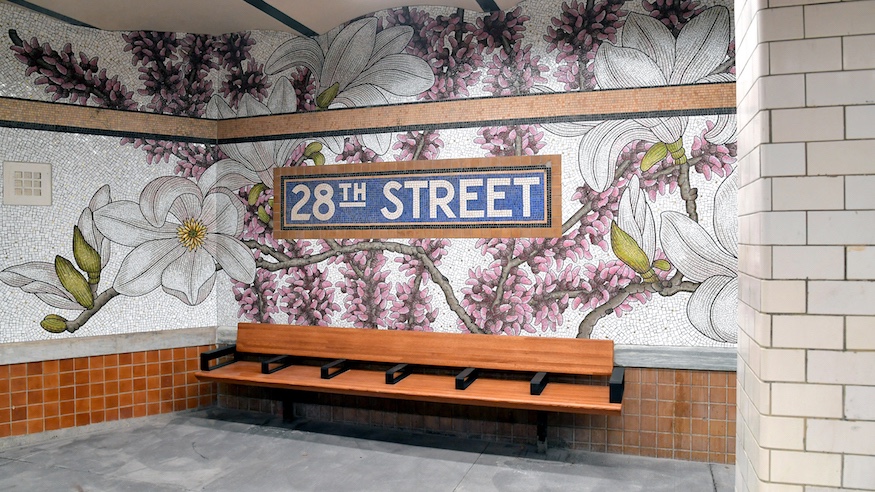 November also saw two destination-worthy additions to the subway system: Six murals by Yoko Ono brought the sky underground at the 72nd Street B/C stop on the Upper West Side, while the 23rd Street F/M station in Flatiron went to the dogs with 11 works by renowned Weimaraner portraitist William Wegman of his dogs Flo and Topper (say hi if you see them in the neighborhood!)

And of course, every station along the spacious Second Avenue Subway extension that opened in January 2017 basically doubles as an art gallery.

So we wondered, how does art get into the subways? We asked Sandra Bloodworth, the director of the MTA Arts & Design program, to tell us — and how your work could be next. 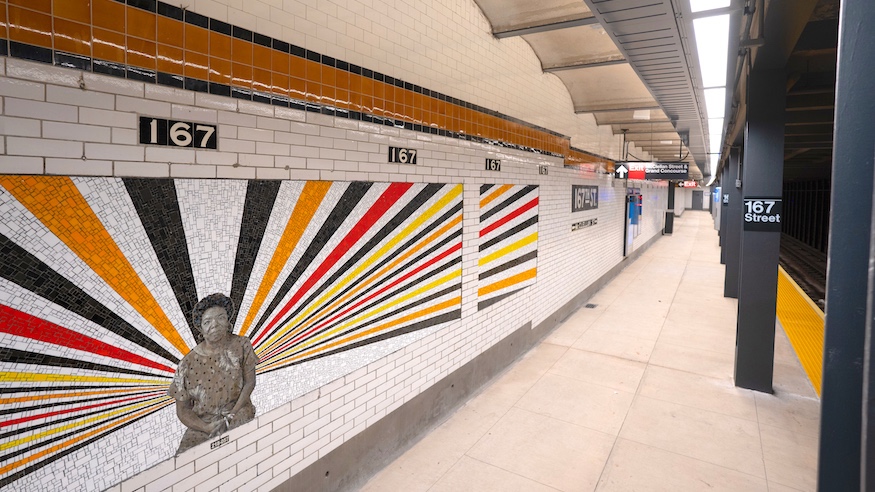 A gift to the neighborhood

Art has been part of the New York City subway system since it opened in 1904, from the Art Deco entrances to the elaborately designed station mosaic signs were all designed by the same teams that build The Cathedral of St. John the Divine and the Bronx Zoo.

“Then-Chief Engineer [William Barclay] Parsons knew New Yorkers had never gone underground to travel, so this was quite a novel idea,” says Bloodworth. “In order to entice people below ground, it needed to be inviting, it needed to be a place where people were comfortable.”

It was also part of a larger movement at the turn of the 20th century called City Beautiful, a theory that “if you create these grand civic beautiful spaces, it would bring out the better nature of our citizens,” explains Bloodworth.

Fast forward to the early ‘80s and the budget crisis that nearly left New York City bankrupt: The MTA is a system covered in graffiti and trash, with trains breaking down and stations showing the effects of decades of neglect.

To regain the public’s respect and trust, the MTA Arts & Design program was founded, and since then has placed over 300 new works in subway and bus stations in New York City, the Long Island Railroad or Metro North. 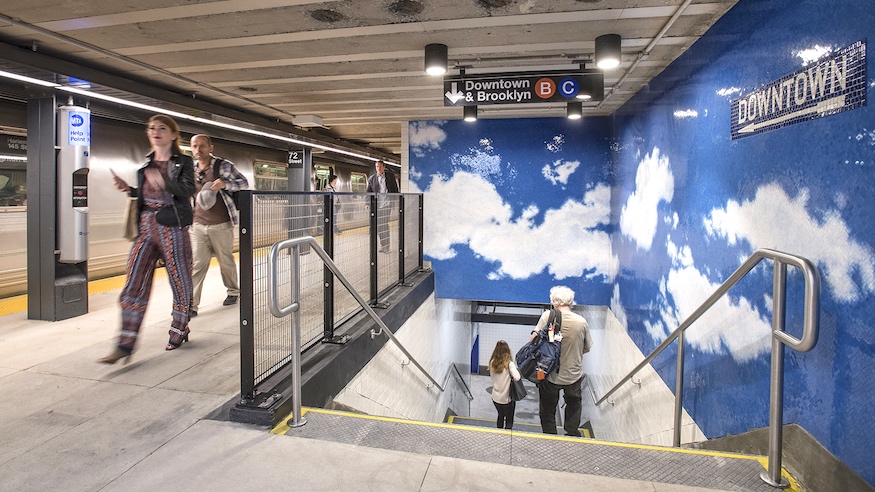 How are artists in the NYC subway chosen?

MTA renovations are planned years in advance, and when a station needs work to the point that it must be closed, that’s when MTA Arts & Design comes in.

The process begins with an open call for artists to submit their portfolio for consideration in specific stations, a process that attracts both emerging artists and seasoned professionals. After deadline, a panel made up of members from the professional art world creates a shortlist. Yes, even Yoko Ono had to apply — more specifically, someone from her Chelsea gallery noticed the station right below her building was up for grabs and applied on her behalf.

These open calls can happen at any time, but the agency can sometimes go months or years without one. They also keep portfolios in case an artist would be better matched with a later project.

The finalists get an “orientation” of the station and where the artwork would be installed, as well as information about the surrounding community and its history. The type of art chosen can vary widely — above-ground stations are better suited to glass murals that allow the city to peek through, while others might be better for a mural, sculpture or ironwork. 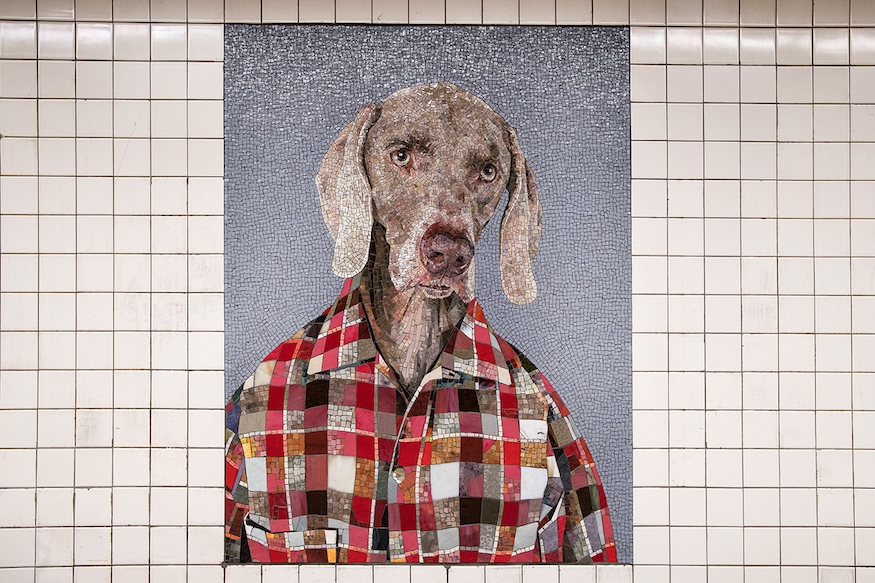 Artists then submit a proposal, which is judged by a panel that includes local residents from the community board or cultural institutions. The winning artist is often chosen from the neighborhood, or the art in the station somehow relates to the neighborhood.

“We’ve commissioned over 315 artworks, and I would say the majority are emerging and mid-career,” says Bloodworth. Just don’t ask her to pick a favorite: “I could give you 315 reasons why each of these projects is special, because they’re all for the community they’re in.”

MTA Arts & Design is funded by a program called Percent for Art, which sets aside 1% of the renovation budget for a station to commission and install new artwork. And while artwork is among the most visible of the improvements made to a station, everything done during a renovation has the same goal.

“Most importantly, our mission is to move people,” says Bloodworth. “We believe the inclusion of good design and beautiful art entices people not only to use the system, but to feel good in the system.”