It’s a familiar narrative by now: a mass shooting shocks the nation, gun control proponents stand on their soapboxes, pro-Second Amendment groups cry about politicizing tragedy, and nothing seems to really happen.

With little federal action on gun control, the laws managing access to firearms have largely been left up to the states to decide, and unsurprisingly, its meant states with Democratic leadership have stricter laws while Republican-led states have much laxer laws.

And despite the echo of claims that gun laws don’t work, if the numbers are to be believed, that just isn’t true.

The case for gun control

In 2015, the latest year for which the Centers for Disease Control has data on gun deaths, the list of states with the lowest rate of deaths per 100,000 residents reads like a who’s who list of gun control efforts.

Massachusetts, with a rate of 3, had the lowest in the nation, followed by Hawaii with 3.6, New York with 4.2, Rhode Island with 4.7 and Connecticut with 5.3. New Jersey, Minnesota, California, Iowa and Nebraska rounded out the top 10.

All but two of the states (Iowa and Nebraska) are considered to have some of the strictest gun laws in the nation by the Law Center to Prevent Gun Violence, which ranks states annually. States with strict gun laws generally require background checks, waiting periods before purchase, place limits on the number of guns a person can own and ban assault weapons. 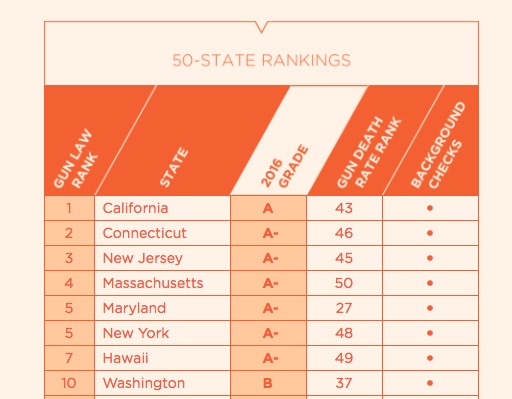 Conversely, the states with the highest death rates have some of the loosest gun laws. 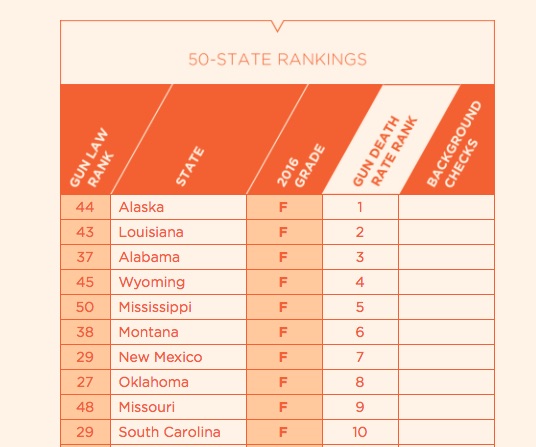 But John Lott, president of the pro-Second Amendment Crime Prevention Research Center, says these statistics are a kind of feel-good data sets that should rely on a whole host of other information, like culture, demographics and rural/urban makeup that isn’t factored in.

“[The gun death rates] are low despite the strict gun control laws, not because of them,” he said.

It’s an argument gun-owning activist John Rosenthal has heard before. He’s after common-sense gun laws and he points to Massachusetts as the perfect example of why gun control laws work.

When Rosenthal launched hit nonprofit Stop Handgun Violence in 1994, that gun death rate in Massachusetts was about 7.5. Through a series of targeted gun control bills, that number has dropped by 60 percent over the last two decades.

“It’s indisputable that gun laws save lives, we, Massachusetts, are an urban state and we have the lowest rate of gun deaths per 100,000 population and the most effective gun laws in the nation,” he said.

When it comes to mass shootings, widely defined as public shootings where four or more people are killed, the data is a little less clear.

The frequency of mass shootings in the United States is about on par with that of the 80s and 90s, but they’re getting deadlier.

Rosenthal argues universal background checks and federal bans on assault weapons and large capacity ammunition magazines — the weapon of choice in most mass shootings — could help.

“We just want to make it harder for criminals, the dangerously mentally ill and even al-Qaida to buy guns,” he said.

Butt Lott warns of a possible side effect — taking guns out of the hands of the law-abiding.

Seventy-one percent of mass shootings since 2000 have been perpetrated with legally purchased weapons, according to Mother Jones, but Lott said people motivated to those actions would find another way.

“The main person you’ll be giving an advantage to is the killer,” he said. “The notion you’re going to stop them from getting the [weapons] just isn’t serious.” 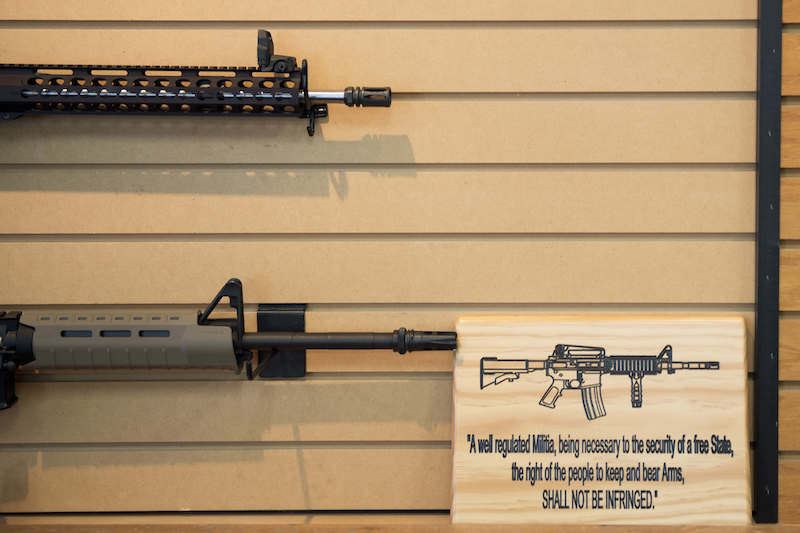 An uphill battle for gun laws

As mass shootings have become deadlier, public opinion has swayed more heavily in support for gun ownership. Even in the immediate aftermath of mass shootings like the one in a movie theater in Aurora, Colorado that left 12 dead, or the Virginia Tech massacre where 32 died, public support for guns actually goes up, according to Pew Research Center surveys. 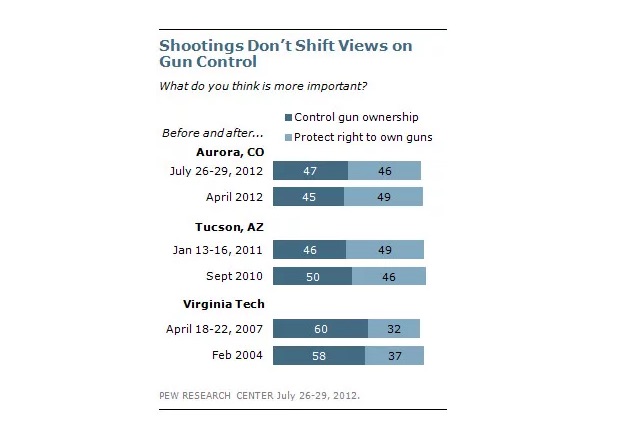 This is a symptom of a system rigged in favor of the gun industry, says John Rosenthal, co-founder and president of Stop Handgun Violence, a Massachusetts-based nonprofit that lobbies for stricter gun laws.

It’s hard to deny the $49 billion a year gun industry capitalizes off of fear — background checks for people looking to buy guns surged by 40 percent in the months after the 2016 Pulse nightclub shooting in Orlando, Florida.

Fear the government will pass new regulations on firearms also motivates the market — sales for the bump stock device used by the Las Vegas gunman to convert his semiautomatic rifle into a fully automatic weapon have spiked in the weeks since the shooting.

There are currently bills with bipartisan support in both the House and Senate that seek to ban the device. Rosenthal hopes to see action.

“It’s unconscionable Congress lets [the gun industry] get away with murder at the rate of [88] a day,” he said.