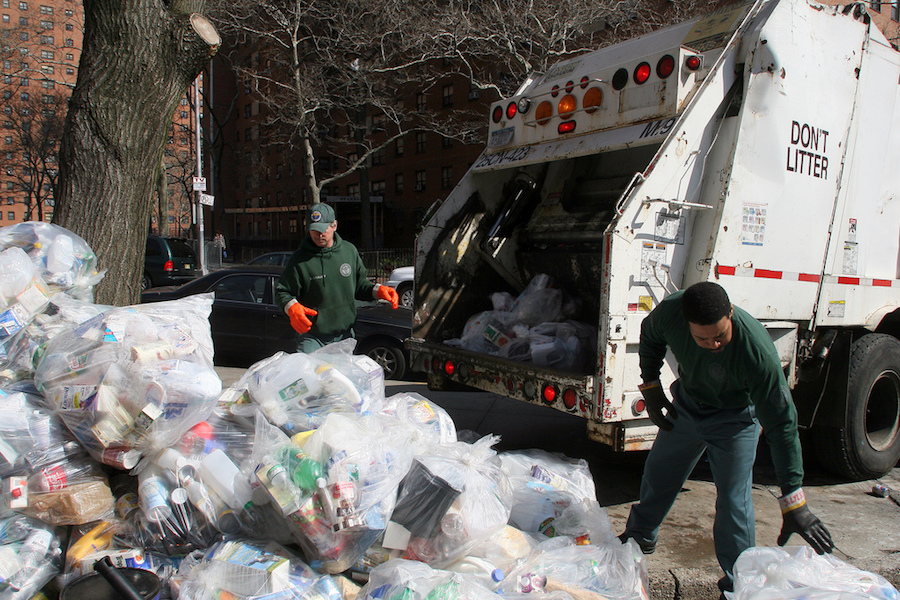 One man’s trash can lead to another man’s traffic jam.

After repeatedly being stuck behind New York City garbage trucks when he takes his kids to school, one Brooklyn politician is looking to ease traffic issues caused by the lumbering trucks.

A bill introduced by City Council Member David Greenfield on Wednesday aims to have the city sanitation department release its real-time GPS data on a daily basis. The department releases such informationwhen there are snowstorms so New Yorkers can check to seeif their streets have been plowed.

The data could then be made available on navigation apps like Waze or specially created ones, giving motorists or anyone else the ability to track the garbage trucks as they move, and steer clear of those streets. It would be technology similar to what is found on ride-hailing apps like Uber.

“It’s very frustrating, obviously, for any parent who drives their kid to school in the morning, but it’s also frustrating for the [truck] drivers having people honk at them,” Greenfield said, according to the New York Daily News.