A NYC marijuana policy change went into effect over the weekend in an effort to crack down on arrests and paperwork, as well as lowering population rates if prisons according to New York Daily News.

Anyone seen smoking marijuana or in possession of less than 25 grams of the drug will now be issued a summons instead of being cuffed and brought into the local precinct by the NYPD.

Although marijuana is not legal yet in New York City, the new policy will eliminate roughly 10,000 arrests executed by police annually. The change was announced back in June by Mayor Bill de Blasio and NYPD Commissioner James O’Neill.

“The bottom line is, and I’ve said this many times before: the NYPD has no interest in arresting people for marijuana offenses when those arrests have no direct impact on public safety,” O’Neill shared during the announcement of the marijuana policy change.

Those who receive a summons under the NYC marijuana policy change will now likely receive a court date and will issued a fine. Those who do not appear for their scheduled court date will have a warrant issued for their arrest.

Aside from lowering the arrest rate and paperwork, authorities hope the marijuana policy change will reduce racial disparities. 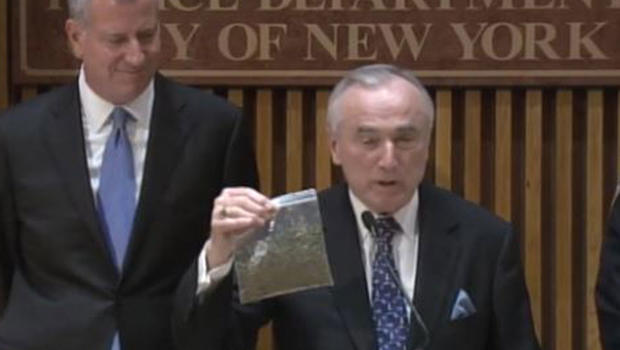 “We are going to see a humongous drop in people in communities of color being arrested for marijuana,” NYPD Chief of Patrol Rodney Harrison said this past Thursday.

“In 2017, there were 100,000 fewer arrests than 2013 with better public safety results,” Mayor de Blasio said. “We are committed to reducing unnecessary arrests.”

Not all individuals will be given a summons however, those found to be on probation, are violent offenders or have an active warrant out for their arrest will be taken into custody.