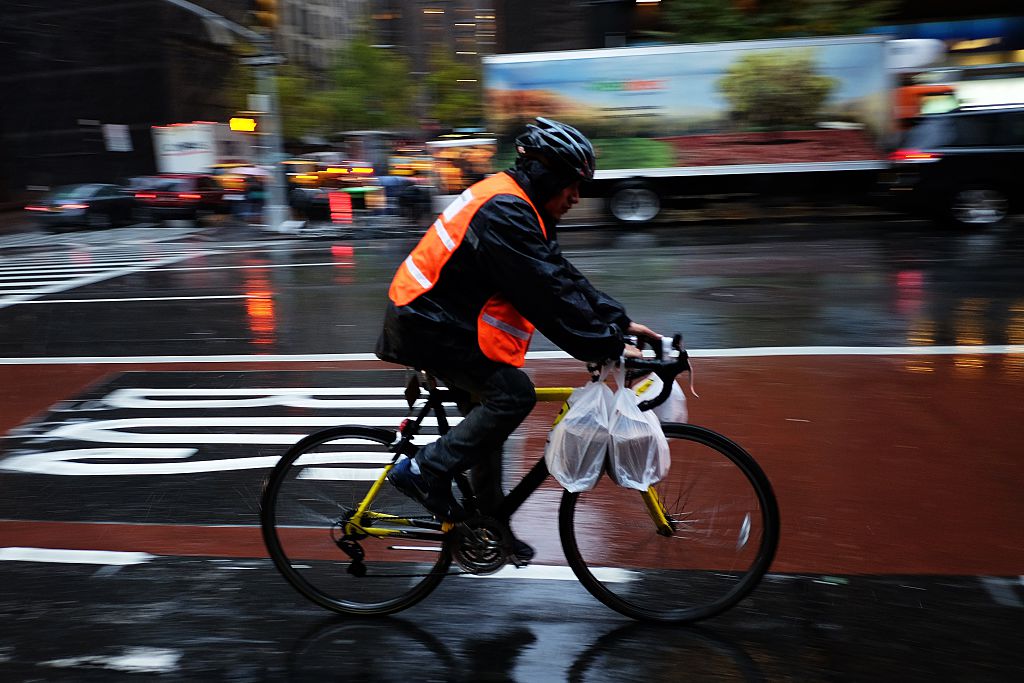 A delivery man rides his bike in the rain to deliver food in New York on November 17, 2014. The coldest air since last winter is set to move into the East during the first few days of the week, with high temperatures from Washington, DC, through New York City forecast to stay near or below freezing 32F (0C) on Tuesday, levels that would be considered below normal even during the heart of winter. AFP PHOTO/Jewel Samad (Photo credit should read JEWEL SAMAD/AFP/Getty Images)
Getty Images

New York City delivery workers have been hit with heavy fines from NYPD officers for the use of throttle electric bicycles while on the job, but a new effort may alleviate that individual strain by targeting the employers they work for instead.

The NYPD has directed officers to interview the rider of a throttle e-bike or motorized scooter after stopping them to find out if they are using that mode of transportation for work or for personal reasons, according to a memo detailed by Gothamist.

City law states that it’s the business that should be held liable when someone is using a motorized scooter or e-bike on behalf of their employer, though delivery workers have often been the ones receiving the fines.

The NYPD has directed its officers to follow the law and thus cite the restaurants instead, according to the Nov. 20 memo.

If the e-bike or electric scooter is found to be used for business purposes, the officer is directed to then determine the business’s name and location and “respond to business location if within a reasonable distance.”

In theory, the numbers [of citations] for cyclists should be zero,” Steven Wasserman, an attorney for the Legal Aid Society, which obtained the department’s memo, told Gothamist.

He thinks the directive “is a very good thing,” he added.

Though pedal-assist e-bikes are legal in New York City, throttle e-bikes, which can travel more than 20 mph, are not allowed on city streets. This delineation has harmed delivery workers, advocates have argued, thus disproportionately affecting New York City’s immigrant community.

Some delivery workers have reported receiving as many as 14 tickets in one day. These fines are $500.

In April, transit advocates, delivery workers and elected officials called on Mayor Bill de Blasio to help convert these workers’ e-bikes so that they can comply with the law. 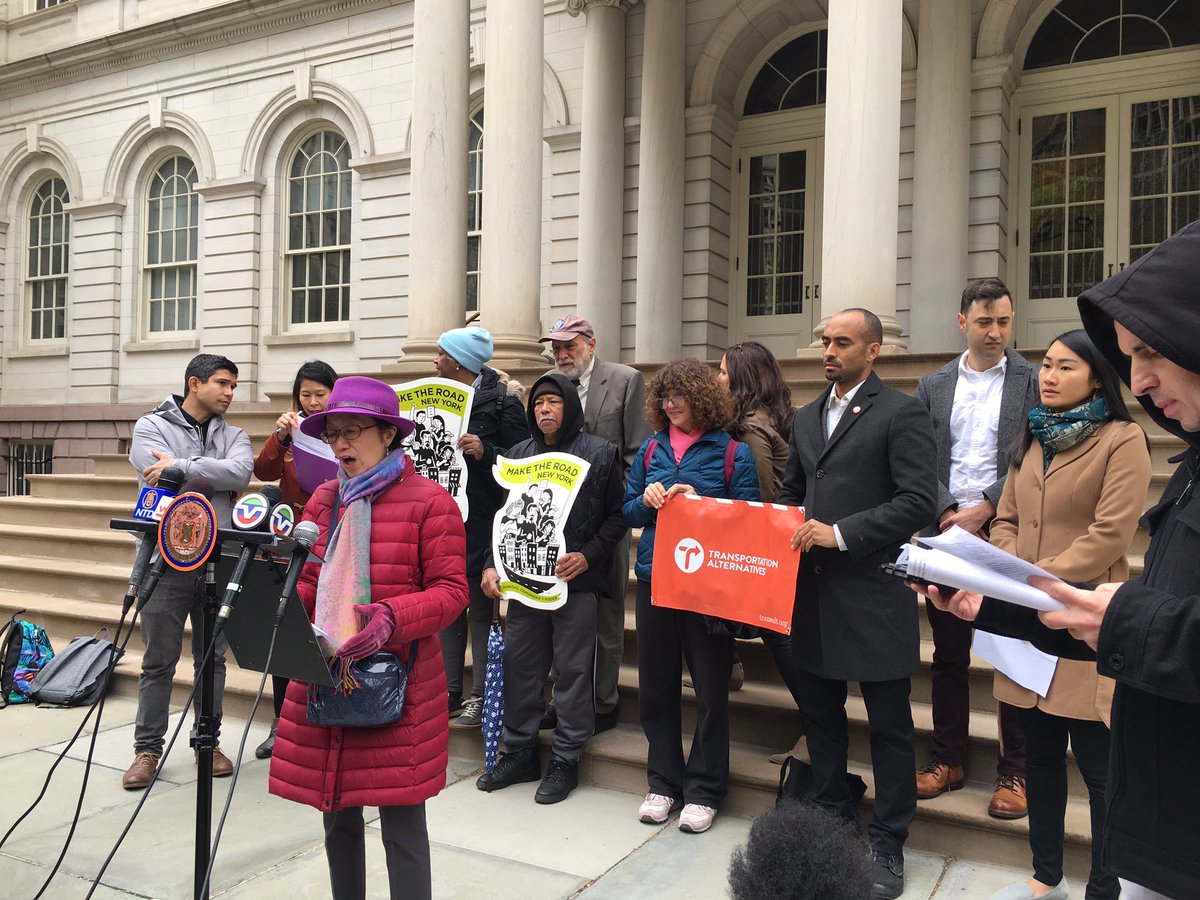 “I’ve been given many fees and fines just for doing my job,” one delivery worker named Clemente said at that gathering in front of City Hall. “We need the support of the city so we can be able to convert our e-bikes to comply with the laws. We’re asking the city not to leave workers behind.”

Even if the fines are given to the business rather than the delivery worker, the workers’ bikes are still confiscated, according to Gothamist. The employer is responsible for paying to get them back, which could harm the delivery workers if they ignore the summons.