It’s been 17 years since the 9/11 terror attacks on the World Trade Center and experts are still studying the health effects of all the dust, debris and particles that filled the air that day, breathed in by first responders and survivors alike.

Previous studies have found that one in 10 firefighters exposed to 9/11 dust is showing signs of at least a single lung injury. Now, a new study has predicted which firefighters developed lung disease and which did not, potentially helping medical experts understand why certain people get sick after being exposed to debris while others don’t.

The study came out of NYU School of Medicine with Anna Nolan, an NYU professor who has been studying the negative effects of exposure to World Trade Center particulates for about 10 years, as the senior study investigator.

Nolan and her team found that those 9/11 firefighters who did go on to develop lung disease had abnormal levels of more than two dozen metabolites, which are “chemicals produced in the body as it breaks down fats, proteins and carbohydrates” — things like fatty acids and lipids (in which cholesterol is found). They had these abnormal levels before they lost lung function.

This is the first evidence, according to Nolan, that metabolite blood tests conducted on these firefighters within months of 9/11 could predict which ones would go on to lose lung function.

Research on 9/11 exposure still important for the future

Nolan said that she is still researching the effects of 9/11 because she’s interested in “making sure that we learn something from this exposure.” Her latest study is a step toward that.

The general idea of this study is that you may have an inherent risk of lung disease within you before you’re exposed to particulates in the air from something like an explosion. 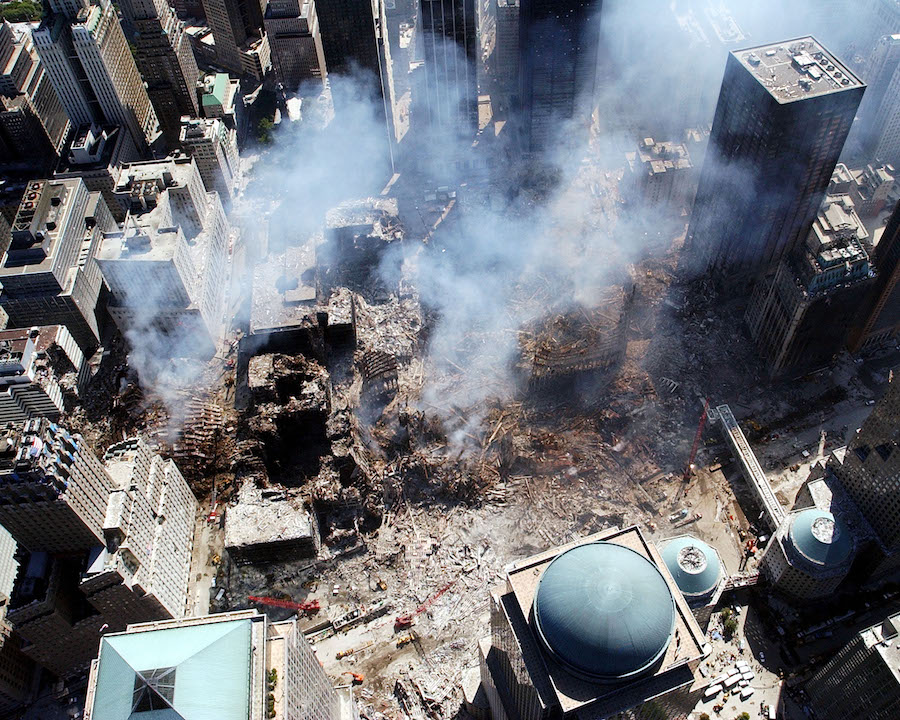 This study also shows that there is a possibility of correcting those “metabolic imbalances” through diet or supplements, which could prevent or even reverse that loss of lung function.

That’s Nolan’s next move. Her lab is planning a clinical trial to modify firefighters’ diets, with a focus on changing their lipid profiles and perhaps having them lose a little bit of weight, to then see if their lung function improves.

“Standard things that most of our primary doctors tell us — to lose weight, stay healthy, exercise — could have a pretty profound effect later in life,” she said.

This could help not just 9/11 firefighters, but those in the military who are exposed to burn pits or even people who breathe in particulates from forest fires and extremely polluted urban environments like Beijing.

“Some people get sick and some don’t, so what makes you different from that person who did not get sick is an important concept,” Nolan said. “Most of us [researchers] are trying to identify people at risk so when exposure happens, we can treat them differently or treat them earlier.”