On Fellini's 'Roma' and falling in, out and sorta back in love with a master - Metro US
Movies

On Fellini’s ‘Roma’ and falling in, out and sorta back in love with a master 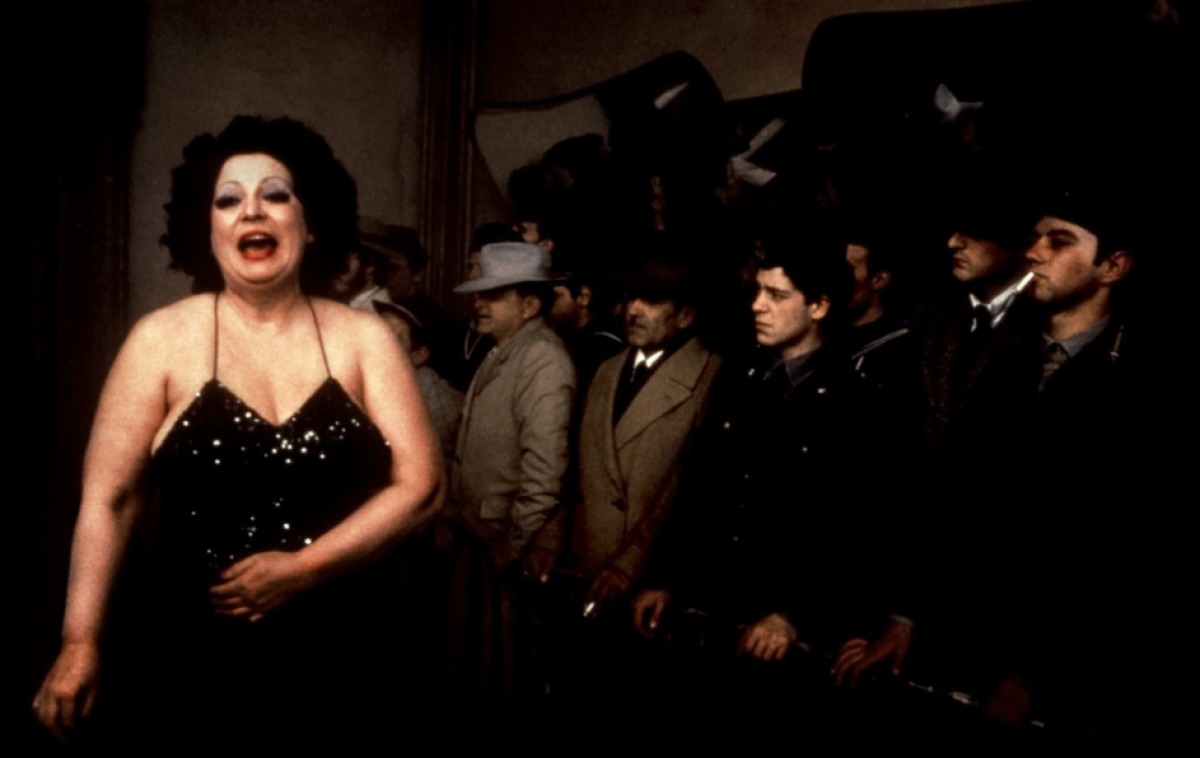 Love fades, as the elderly rando trudging groceries through the New York streets says to Alvy Singer in “Annie Hall.” Woody Allen’s a good person to rope into a discussion of Federico Fellini. Woody made one full-on homage to Il Maestro (“Stardust Memories,” his stab at an “8½”), and in “AH” he lets Alvyfamously fantasize about bringing the pain to an obnoxious move line droog who dared speak ill of his post-“La Strada” CV. Well, time destroys everything, and right now it seems time has even destroyed the idea of Fellini as a cinema titan. Fellini, essentially, is no longer cool, not like Godard or Antonioni are now. “La Dolce Vita” and “8½” remain more or less untouchable. But our collective love for him has, at the very least, faded. Today there are probably more Obnoxious Movie Line Guys than Alvy Singers.

Far as Fellini goes, I was once an Alvy Singer, then I was an Obnoxious Movie Line Guy. These days I’m somewhere in between — though, to be honest, partly out of disinterest. That’s a big step down considering Fellini was my gateway into Serious Cinephilia. The first Great Classic European Film I ever saw, at the pimpled age of 17 (I was a late bloomer), was indeed “8½.” It blew my tiny mind, and through him I scoured my Nowhere, Pennsylvania Blockbusters (and, at my most desperate, Hollywood Videos) for Truffauts, Bergmans, Kurosawas, Tarkovskys and, of course, other Fellinis.

My mad Fellini love carried on and, as they say in Springfield, “embiggened” into the first half of undergrad. I even liked the widely unloved (and very #problematic) “City of Women,” to the horror of any roommates who wandered into the room. I long cited “La Dolce Vita” as my favorite ever film, and I rewatched it religiously, even on Saturday nights that would have been best spent engaging in the type of wild bacchanalias I was staring at on screen. I can’t entirely remember what I saw in them; surely one of the main draws of “8½,” for someone who grew up in future Trump Country, was it was unlike anything I’d seen before.

Maybe that’s why I turned on him; eventually I’d seen enough that the thrill of the new no longer sufficed. I’m not sure when it happened, but by 2004, during a theatrical reissue of “La Dolce Vita,” I found myself penning a semi-attack on it — not a pan, more like a measured critique of a film I once adored and now merely appreciated. I had moved on, waded into the far nether-reaches of cinema. I finally admitted that some Fellinis were total drags: “Juliet of the Spirits,” “Satyricon” — the very ones Obnoxious Movie Line Guy infamously (and maybe even rightly) called indulgent. Then I turned on the rest, save “Vita” and “8½.” I became the guy I once hated. Worse, I was proud of that.

This is a roundabout way of arriving at “Roma,” Fellini’s 1970 effort, newly reissued on Criterion. It was never one of my favorites; even in the heyday I found myself repeatedly checking the timer on my VCR, amazed at how much was still to go, yet plowing through regardless, out of respect. Fellini was never one for narratives, and even “La Dolce Vita” is really nothing more than seven parties, anchored by our journo hero’s nose-diving character arc. But “Roma” was really nothing more than episodes, pasted together, often with no connecting tissue. Part memoir, part city symphony, part whatever-the-hell, it’s a tour through the metropolis past, present and invented. There are recreations of Fellini’s memories, as a visiting kid, as a brothel-hopping youth. There are long hangs in outdoor restaurants, in rowdy movie theaters, at rowdier vaudeville shows, where the frenzied and heavily dolled-up performers return heckling in kind.

There are documentary stretches, too, or pseudo-documentary stretches, where Fellini observes hippies and gets a dining Gore Vidal to lovingly compare Romans to cats. (“They don’t care if you live or die.”) He descends into the subway system and observes as a buried ancient home’s frescoes wither from the air, disappearing into dust as the cameras roll. The most ostentatiously Felliniesque stretch comes late in: an “ecclesiastical fashion show” that starts silly (rollerskating priests! nuns with veils that flap like birds!) but turns increasingly sinister and anticlerical — like Fellini meet Bunuel.

Revisiting “Roma,” for the first time in maybe 20 years, I wasn’t surprised I could remember the general premise of each chunk, if not always the order in which they arrived. I was, however, surprised by how vividly I recalled the tinier moments, no matter how inconsequential they were. Each hit me like a shot to the brain: the loose babe who suddenly towers above a throng of married, middle-aged suitors in a flaming red dress; the aging prostitute at night, standing tall and proud, like a taxidermied animal in a museum diorama; the three singers at the vaudeville show, who attempt to plow through their off-key tune while a brute gets up close and personal; the evaporating underground frescoes; and the curious way Fellini ends this intentional shambles — with a motorcycle gang giving us a nighttime tour through the city, then riding us out, without even a final on-screen “Fine.”

Right now, some of us see nostalgia as a bad thing. It’s something to be resisted, smacked down. That’s because everyone’s into nostalgia right now. If you’re of Generation X, all of the movies you grew up are either being remade, rebooted or belatedly continued. No new memories are being made; they’re just being revived. It’s easy to feel gloomy about this. At the same time, we shouldn’t discount the power of nostalgia entirely, and not only when we’re talking something like a Fellini movie that isn’t even among his most loved.

Rewatching “Roma” was a powerful experience for many reasons: because I’ve changed so much, because I went from loving Fellini to rebelling against Fellini to liking some Fellini after all. Most of all it was because they’re part of me, whether I like them or not. Fellini’s images might be most useful not as art you interpret, but as pure experiences. They have a way of hitting you years, decades later, as though you lived them first-hand, not just things you peeped on a screen. They make your own life seem much more interesting, that much more weird, that much more (well, OK) Felliniesque. His films become a part of your life, and will remain there even if you reject them. When you come back to them, they’ll be there, waiting.

Everything I’ve just said could apply to any Fellini, even the ones I have little interest in ever revisiting. (Unless some fellow obnoxious snoot wants to stump for “Juliet of the Spirits.”) “Roma,” though, is an outlier in his filmography, in more ways than the obvious. It’s not just that he’s playing with what even constitutes a movie, and a movie by one of the most recognizable brands-as-filmmakers. He’s playing with how we respond to created images. The sections of “Roma” that find him exploring the city, ostensibly as a cine-reporter, with their shots of camera cranes allegedly capturing reality as it happens, toy with our perception of what’s real and what’s not.

That may sound jejune, but what Fellini does in “Roma,” more than any film that’s ever mucked with the alleged real-ness of what’s on-screen, is create images that are mostly definitely not real. They’re all of them in some fashion staged. When he chats with Vidal or “finds” his Rossellini-era colleague Anna Magnani on a side street, they’re deliberately pre-planned. (Though Vidal, unlike Magnani, doesn’t seem scripted; he really could rattle off quips, like how Rome is a great place to wait out a potential apocalypse — duly noted.) The underground fresco scene is the most puzzling: The shots are gorgeous, perfectly lit and composed — as if his crew had orchestrated their destruction just for a killer set piece, or created them from whole cloth.

At the same time, “Roma” looks like no other Fellini. He hasn’t merely recreated Rome in the likeness of his shtick; he’s playing with the tension between his trademark artifice and what’s actually there. The alleged regular Joes he shows in crowded piazzas tend to be your usual Fellini grotesques, many of them looking like they a makeup bomb exploded in their face. But the shots aren’t smooth and extravagant. Sometimes they’re shaky and unpolished. It’s one kind of excess blending with another kind, creating something truly original — a vision of a real place from some wildly imaginative prson’s viewpoint. Hell, looking at it now, it might even be one of Fellini’s most entertaining and rich outings. Who knows how it will look if I give it another 20 years?