On the 7th Anniversary: The influence and irony of Occupy Wall Street – Metro US
New York

On the 7th Anniversary: The influence and irony of Occupy Wall Street Monday marks the 7th anniversary of Occupy Wall Street and I remember it like it was yesterday. It was a community in the truest sense. Throngs of intelligent and diverse people lived together in Zuccotti Park, in a somewhat utopian, communal society. Working groups like Strike Debt, Occupy the SEC and the Alternative Banking Group, came together to write books, hand out literature and strategize on how to eradicate the ills of inequality that plagued our nation due to the devastating financial crisis. There was even a library, a kitchen and it’s own newspaper, The Occupied Wall Street Journal. The energy was welcoming, organically grassroots and emotionally intoxicating — even I became inspired to found my own protest group, Revolution Is Sexy, contributing my talents as a performance artist to voice my outrage.

But as intoxicating as it was, Occupy as a social movement was flawed. Although it effectively brought issues like income inequality and money out of politics into the national conversation, the movement never fulfilled its true potential as an instrument for reform due to its lack of hierarchy, organization and specific demands—imprecise constructs that don’t pressure the system enough for change. Flaws, however, are not necessarily failures. 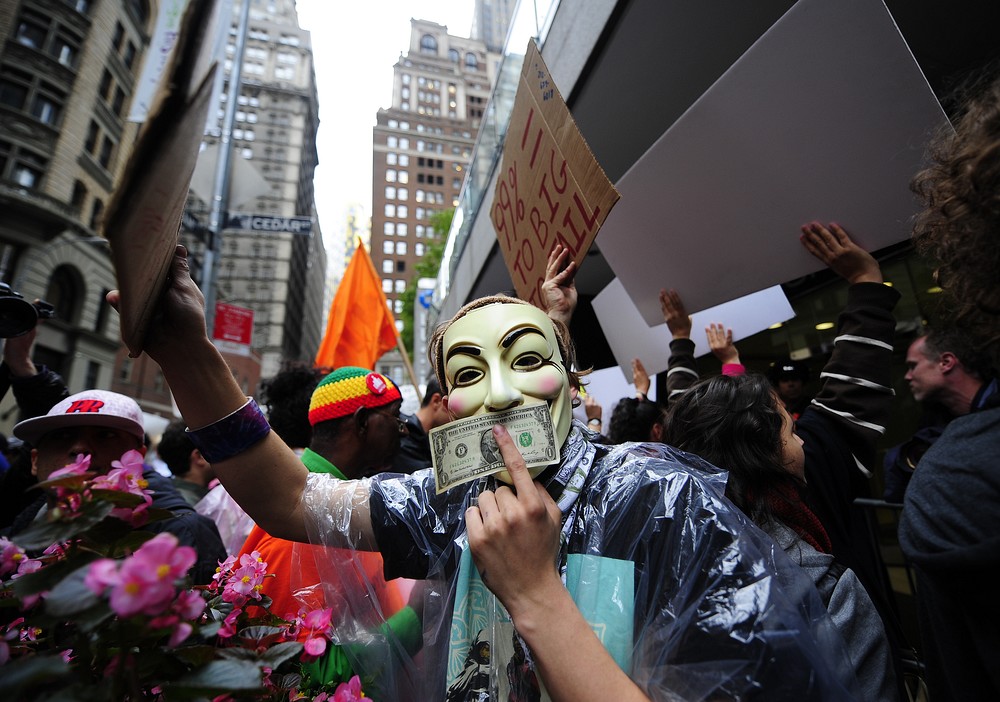 With the wins of Democratic Socialist, Alexandria Ocasio-Cortez, and other progressive candidates, we are seeing the themes of Occupy Wall Street once again, as campaign slogans that are galvanizing voters and shaping public sentiment. What’s different, however, is that these ideas are not theoretical — they are laser-focused and politically-achievable: Medicare for all, tuition-free public college, a federal jobs guarantee and restoring Glass-Steagall. In this era of post-Citizens United, what was originally thought of as political suicide — a campaign that rejected corporate PAC money while not apologizing for having true progressive ideals — can emerge victorious.

This is the ironic, yet beautiful, lesson of Occupy. The movement never wanted nor intended to walk through the halls of political power, but years later, it’s spirit lives on, ubiquitously influencing the national progressive agenda and perhaps dominating elections in the future. I’ll always recall a sign when the protesters were getting kicked out of the park, it said: “You Cannot Evict An Idea.” How true that still is today.

The public is invited to celebrate the 7th Anniversary of Occupy Wall Street Monday, September 17, 2018, from 9 am to 12 pm in Zuccotti Park, the original location of Occupy Wall Street. The event will include teach-ins, activities and art throughout the day. For more information, contact Marni Halasa at marnihalasa@gmail.com or visit the Facebook event page.

Marni Halasa, a lawyer, journalist and professional figure skater, ran in the last election for City Council for District 3 as an independent, and is now with The Green Party. In addition to her protest consulting group, Revolution Is Sexy, she recently founded Community Control of Land Use (ccluny.com), a group that collectively organizes small businesses and tenants about intrusive neighborhood development.