Orthosomnia: The sleep disorder caused by your fitness tracker - Metro US
Health

Orthosomnia: The sleep disorder caused by your fitness tracker Apple Watches and FitBits can tell us a ton, like the number of steps we’ve taken today and how many calories we’ve burned. It can even clue us in to health problems we wouldn’t have known about otherwise.

But there is a downside to the fitness and sleep trackers that we love so much.

According to a new study published in the Journal of Clinical Sleep Medicine, our trackers are creating a new type of obsession — known as orthosomnia — that is causing problems in people.

We’re supposed to rely on our bodies and mood to clue us in to the quality of our sleep, but people with orthosomnia are overly dependent on their sleep and fitness trackers to clue them in to their sleep quality.

And that’s the problem: While sleep trackers can show you general patterns in the length and quality of sleep you’re getting, they aren’t super accurate, according to the National Sleep Foundation. Relying on them to give you information on sleep can actually cause you to lose sleep, thanks to the anxiety and stress. 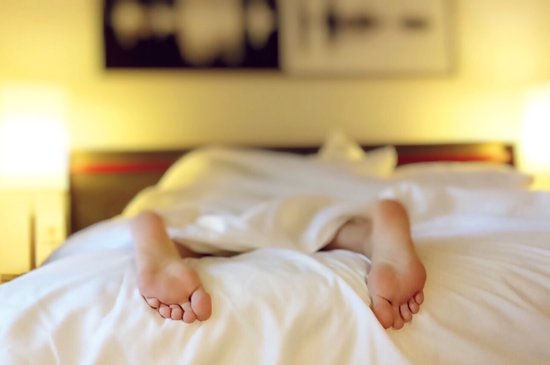 Orthosomnia might even “reinforce sleep-related anxiety or perfectionism for some patients,” the researchers report.

Fitness trackers can be a useful tool to help you throughout the day (and night, in the case of sleep tracking), but if you find you get overly obsessed with it, it’s probably time to take it off your wrist.

“When I was in diet mode, they became another way for me to measure how well my day had gone, steps being nothing more than negative calories or net carbs in my bonkers brain,” Kelsey Miller wrote in an essay for Refinery29.

“When I was in between diets, they sat in cluttered junk drawers, now measuring just how big a piece of s*** I was for not working out again.”

“[For] anyone who has any existing eating disorder or excessive exercise tendencies, using a fitness tracker is a very bad idea because it just makes them even more obsessive and compulsive about the fact that they’re not meeting their unrealistic goals,” Mary Pritchard a psychology professor at Boise State University who studies disordered eating and exercise behaviors, told U.S. News and World Report.

“[For] anyone who has any existing eating disorder or excessive exercise tendencies, using a fitness tracker is a very bad idea because it just makes them even more obsessive and compulsive about the fact that they’re not meeting their unrealistic goals,” she says.

The same goes for sleep. We’re finally getting over our obsession with being so busy and not sleeping, but worrying about getting enough sleep will probably backfire.

If you’re that worried about your sleep, the National Sleep Foundation recommends going to a specialist to get a sleep study. Otherwise, just put your tracker in a drawer at night and focus on drifting off into dreamland naturally.