Pat Robertson thinks a lack of respect for Trump, the national anthem and God are to blame for the Las Vegas shooting. Photo: Getty

Televangelist Pat Robertson told his “700 Club” viewers that “disrespect” for President Donald Trump, the national anthem and God caused the mass shooting in Las Vegas over the weekend that left 59 dead and more than 500 wounded.

This isn’t the first time Robetson has co-opted a national tragedy to make a case for God in the lives of Americans. In the wake of the 9/11 attacks in New York City Robertson blamed the carnage on the furthering divide between church and state, arguing the Godless Americans had angered God, who then chose not to protect America on Sept. 11, 2001.

“We have a court that has essentially stuck its finger in God’s eye and said we’re going to legislate you out of the schools,” Robertson said at the time.

Then-President George Bush distanced himself from Robertson after he made those comments, but President Trump has yet to condemn the TV preacher’s remarks. Robertson’s relationship with President Trump is well known — he campaigned for Trump during the 2016 election and earned exclusive interviews with Trump both before and after the election. Trump even hired lawyer Jay Sekulow, who leads a right-wing legal group started by Robertson, to handle his defense during the Russia investigation into whether Trump or his campaign colluded with Russia to defeat Hillary Clinton in 2016. 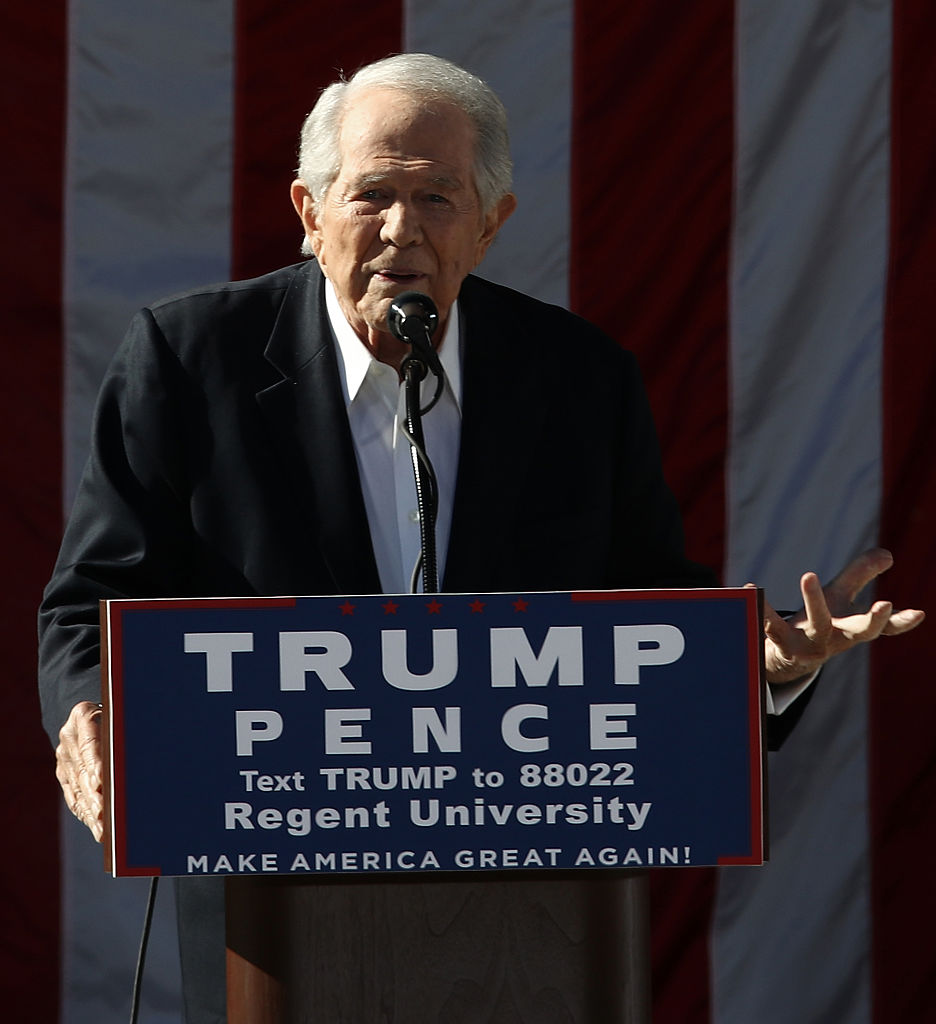