New York is currently in the midst the sci-fi, anime, superhero, video game and general pop culture extravaganza that is New York Comic Con 2018. An expected 227,000 fans are descending upon the Javits Center — despite the 7 train — to see panels from the stars and creators of their favorite comics, shows, movies and figureheads of geek culture.

One of the main attractions of the event however, is not the stars. It’s the extreme lengths that attendees of NYCC 2018 go to sewing and building their own costumes to cosplay as their favorite characters. There have been tons of amazing and creative costumes so far this year, and we’ve collected some of the highlights from New York Comic Con 2018.

How are you spending New York Comic Con 2018? 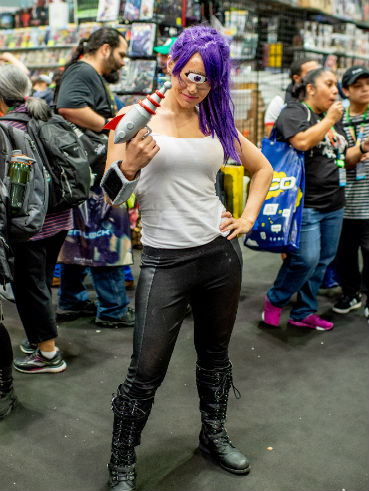 Check out these Doctor Who alumni in a rare conversation about all things “Who”! The 10th and 11th Doctors will be joined by River Song to talk about their journeys throgh time and space. What could be better than that?

We’ve already shown you some of the best costumes from New York Comic Con 2018 so far, but this is your chance to dress up for all of the bragging rights! Now go get to work on your best Steven Universe costume.

Riverdale isn’t just a guilty pleasure anymore. It’s a worldwide phenomenon. The New York Comic Con 2018 will have a special sneak peak at the new season along with a Q&A with the cast. #FreeArchie.

For a full schedule, head over to the New York Comic Con 2018 site.