There’s nothing quite like a Heidi Klum Halloween party and we’re waiting to see what she has in store for everyone in 2018.

It’s that time of year and just about everyone is anxious to see what costume Heidi Klum will wear to her 19th annual Halloween party.

In September gave us a sneak peek at the costume she will be wearing at her 2018 Halloween party. In the short video clip she posted to Instagram, it appears that her costume once again involves prosthetics because she shows some kind of mask in production.

She posted another quick video in October to give her fans and followers another glimpse of her 2018 Halloween costume.

I told you I’d share more soon! Here is another sneak peek at my #HeidiHalloween costume! Thanks @prorenfx, I can’t wait for you all to see how it turns out ?

In September gave us a sneak peek at the costume she will be wearing at her 2018 Halloween party. In the short video clip she posted to Instagram, it appears that her costume once again involves prosthetics because she shows some kind of mask in production.

The 45-year-old supermodel and television personality has been dubbed the “Queen of Halloween” because she is known to go all out when it comes to having the most elaborate costume at the party and this year is no different.

In August, Klum told Us Weekly she typically begins her Halloween costume prep during the summer “Things are already being built,” Klum said to Us Weekly during a taping of “America’s Got Talent.”

In past years, Heidi Klum has arrived at her party dressed as Cleopatra, Betty Boop, an ape from “Planet of the Apes,” and a 95-year old woman complete with lifelike skin wrinkles and varicose veins.

Last year, for her 17th annual Halloween party, Heidi Klum didn’t have an elaborate costume but still made the biggest statement of the night. She arrived at her party with five other models who were wearing the same outfit, makeup and hair. 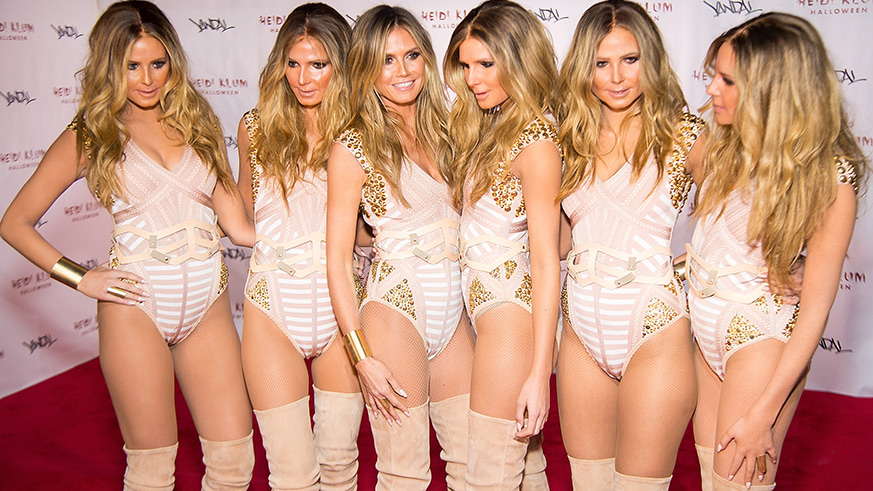 According to Us Magazine, Klum has plans to have a scarier costume for this year.

It’s going to be a scary one. Because last year, you know, I didn’t dress up at all. I just had five clones that’d be like me, which was very hard to do,” Klum said. “And so this time, I was like ‘I’m going to have to do something crazy for me again,’” she added.

Heidi Klum hasn’t what her 2017 Halloween costume will be, but back in September, she teased her fans with two Instagram videos giving everyone a sneak peak of what she has in store for this year. The video shows `a team of people working on her makeup and fitting her hands in a hand mold.  She asked her fans, “What am I going to be?”

Wow ? …. Love all the boys from @prorenfx bringing my crazy ideas to life ?

At least we know for sure her the “Queen of Halloween” will have a completely different from last year. While we all have to wait for her to make a grand entrance to her 2017 Halloween party, let’s take a look back at her costumes through the years. 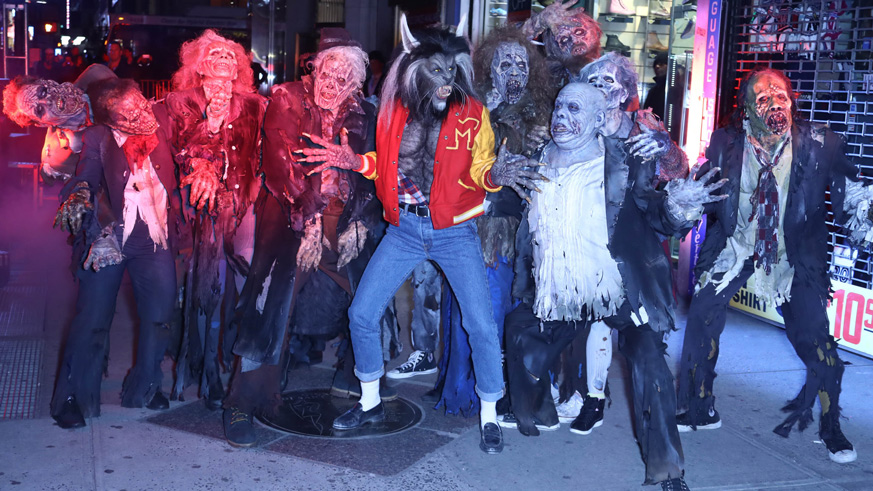 Heidi Klum promised she would have something special in store for her 2017 Halloween party and she didn’t let us down. This year, she took it back to the 1980s to honor the late king of pop by wearing a Michael Jackson “Thriller” costume. Of course, she won Halloween again.

Click through the galllery to see Heidi Klum’s best Halloween party looks throughout the years.