Singapore has come to the Bronx, and it’s brought along one of the stars of Crazy Rich Asians — in flower form. The New York Botanical Garden’s 17th annual Orchid Show, opening Feb. 23, features an appearance by a new hybrid named for the hit film’s breakout star Awkwafina.

An honor usually reserved for their cultivators, Awkwafina is the first public figure to have her own flower in the garden’s collection. Vanda Awkwafina is part of the Vanda family, one of the few types of orchids with flowers in all colors of the rainbow; one of them is even Singapore’s national flower. 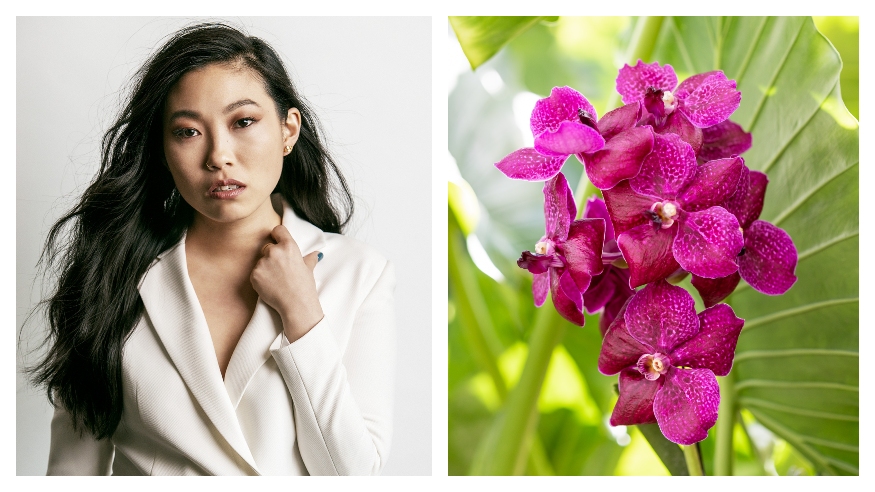 “The flower of this plant has a bold, vibrant, intense color, with deep raspberry-red blooms of excellent quality, which seemed to be a perfect orchid to carry the name Awkwafina,” says Marc Hachadourian, the garden’s senior curator of orchids. “We think Awkwafina is the perfect choice because of her accomplishments in music and film as well as her prominence as a native New Yorker.”

This year’s Orchid Show features thousands of blooms in every shape, size and color, climbing recreations of two of the best-known orchid displays from Singapore, whose nickname is the City in a Garden.

The Supertrees of Gardens by the Bay are artificial tree-shaped towers reaching 160 feet over the city that serve as a vertical garden that also generates solar power. What the NYBG’s version lack in height, they make up for with their luxurious drape of blossoms, like an orchid fountain. 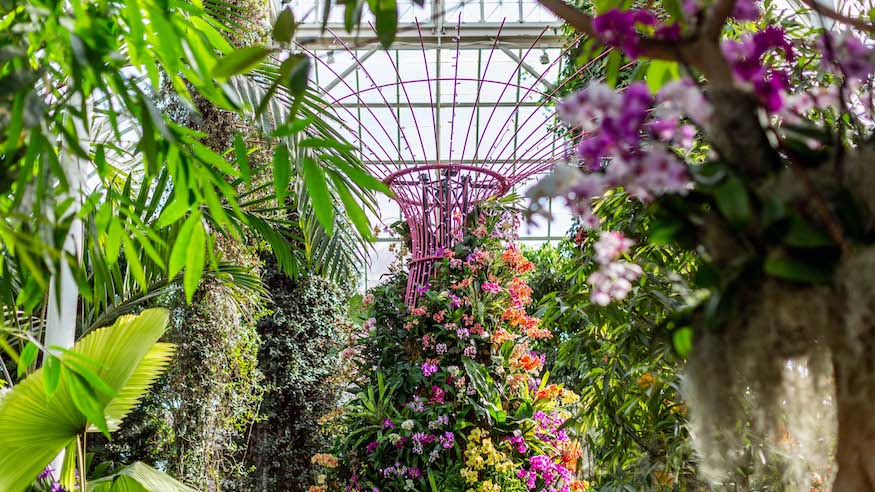 From the Singapore Botanic Gardens, a UNESCO heritage site, come the famous Arches, creating a tunnel of orchids among other exotic tropical flowers.

Because the island country is also known for its bustling street food atmosphere, where you’ll find Michelin-starred fare served from food carts, the garden’s adults-only nights are getting a bit jazzed up.

During select Fridays and Saturdays starting March 16, the Supertrees come to life with light shows after, the Bronx Night Market serves up local and Asian-inspired fare, plus specialty cocktails like the Singapore Sling and performances by Chua Yun Chun and her modern dance company for Orchid Evenings.