The Financial District must’ve been very good this year, because Santa has brought it New York City’s first open-air rooftop ice rink since 1895 at the Seaport District.

The Rooftop at Pier 17 Winterland arrives as the seasonal replacement of summer’s hottest new outdoor venue. Created by Howard Hughes Corporation, which is in the process of a $785 million renovation of Pier 17, the ice rink is one of the most scenic in the city, with a panorama of the Williamsburg waterfront with the Brooklyn Bridge as its main feature.

Besides the great views, you’ve got a couple classy options to warm up. Designed by David Rockwell, The Tank warming hut offers rinkside drinks and bites, or duck inside the newly opened R17 luxury bar and defrost next to one of its two fireplaces with cocktails and hearty dishes like Wagyu Beef Short Rib from former Morimoto chef Cassidy Hallman. Or stop by one of the rooftop food trucks serving boozy hot cocoa and cider or wine by the glass, plus basic bites like salted pretzels, hot dogs and nachos.

You’ll also find festive cheer at the Christmas blinged-out Industry Kitchen, known for its over-the-top specialty pizzas — this season, it’s the Gingernut Pizza with a gingerbread crust, eggnog frosting, spicy pecans and sprinkles, and cocktails like the shareable Frozen Peppermint Slide. For the next two Sundays, Dec. 16 and 23, check out tons of local vendors at the Deck the Halls pop-up holiday market on Water Street.

Looking for a more casual bite? Among recent openings in the Seaport District are vegan bakery By Chloe, Big Gay Ice Cream and Lobster GoGo. Because there is no “time of the season” for classics like ice cream and lobster rolls! 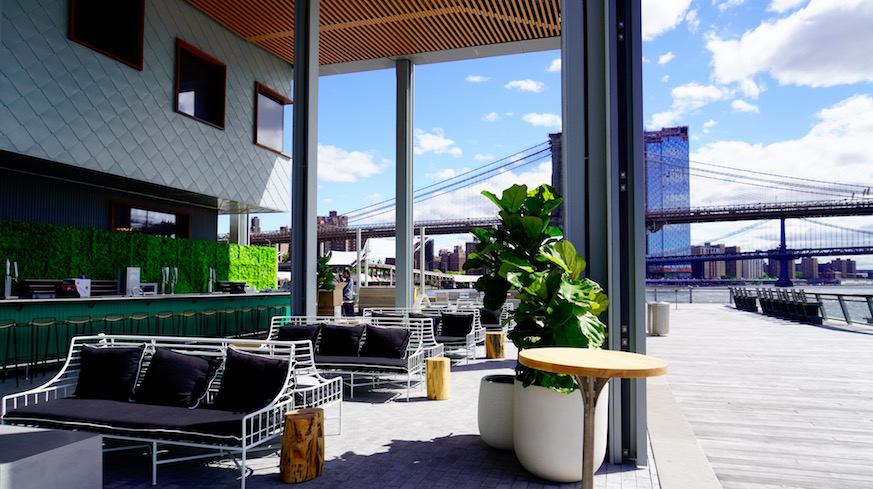 Pier 17 started reopening to the public in phases this summer, becoming a hotspot with its waterfront Heineken Riverdeck bar in June. The three-story pier’s versatile rooftop space has hosted fitness classes, free movies, and a concert and comedy series featuring names like Amy Schumer and Deadmau5.

Still to come at the pier are restaurants by David Chang and Andrew Carmellini, and a food hall by Jean-Georges Vongerichten. In the broader Seaport District, Milan’s iconic fashion retailer 10 Corso Como just opened its first U.S. shop, the iPic dine-in theater and its semiprivate pods is a popular way to see a flick, and if you can find it, there’s the 1950s-style speakeasy Mr. Cannon.