Ralph Ineson talks ‘The Office,’ the genius of Ricky Gervais and his deep hatred of ‘Finchy’ - Metro US
Television

Ralph Ineson talks ‘The Office,’ the genius of Ricky Gervais and his deep hatred of ‘Finchy’ 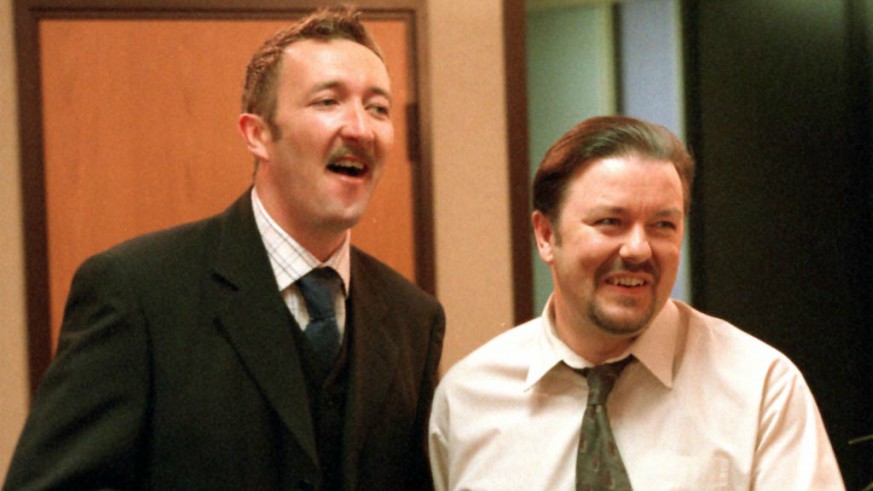 While most moviegoers will recognize Ralph Ineson from his performances in either the final two Harry Potter films, Guardians Of The Galaxy, The Witch, or Star Wars: The Last Jedi, for television viewers he will always be known as the loathsome Chris Finch from The Office.

I recently had the chance to talk to Ineson about his performances in this month’s “The Hurricane Heist” and “Ready Player One,” during which time I couldn’t help but quiz him about his work opposite Ricky Gervais in the short-lived but deeply beloved BBC sitcom.

“It was a strange one,” Ineson recalled. “Because they only did the two series, and I think they shot for 8 weeks, and all the Finchy stuff for the two series was done in 4 day slots. So my total involvement in the show probably comes to 8 days. Because of the way we shot it.”

“Which was great, because I just came into those scenes and went, ‘Rah!!’ Which put everyone on edge for a few days. And then I f***ed off again.”

Ineson admitted that he felt a lot of pressure portraying the character, though, who had to dominate all of the scenes that he was in.

“It was nerve-racking to be such a hugely dominant character that had to take over every scene. It was really quite terrifying trying to blow Ricky Gervais, Martin Freeman, and Mackenzie Crook out of the water. I remember it being quite intense because of that.”

The 48-year-old actor also opened up about working alongside Ricky Gervais on the sitcom, remarking, “Ricky is relentless. It’s like he is a kid on tartrazine. He is bouncing around and has so much energy, and the patter that he has on set is so funny, but it is always treading the line of political correctness. But the guy is a comedy genius.”

Even though portraying Chris Finch brought Ineson’s talents to a bigger audience, the actor openly admits that he despised everything about the character. When I asked Ineson if he liked anything about Finch, he responded, “God no. I hated him, I really hated him. In a strange way.”

“I usually find the good in all of the people I play, whether it is motivation or something that I can inhabit. But I always really, really hated him and felt like I wanted to scrub him off at the end of the day. I feel like that is a good sign, because everybody hates a bully. Every bullying situation I have had in my life was put into that character.”

Ineson clearly has nothing but love for “The Office,” and now can wax lyrical about its genius. But that wasn’t always the case, because at first Ineson didn’t believe that the dynamics of the show would translate to a wide audience.

“When we were filming the first season, we knew it was good, but I spoke to one of the producers, and he told me that he wanted it to be the biggest show in Britain. At the time it just seemed like the most ridiculous statement, because not everyone worked in an office and it just seemed like it wouldn’t translate.”

“But the beauty of Stephen Merchant and Ricky Gervais’ writing was that it was universal, and the politics of the show transferred to people in schools, offices and every workplace.”

Considering the huge success of “The Office,” and the various international versions that have since followed, Ineson was proven to be very wrong with his original assessment.

But considering his own huge success since, he is probably very happy for that to have been the case.