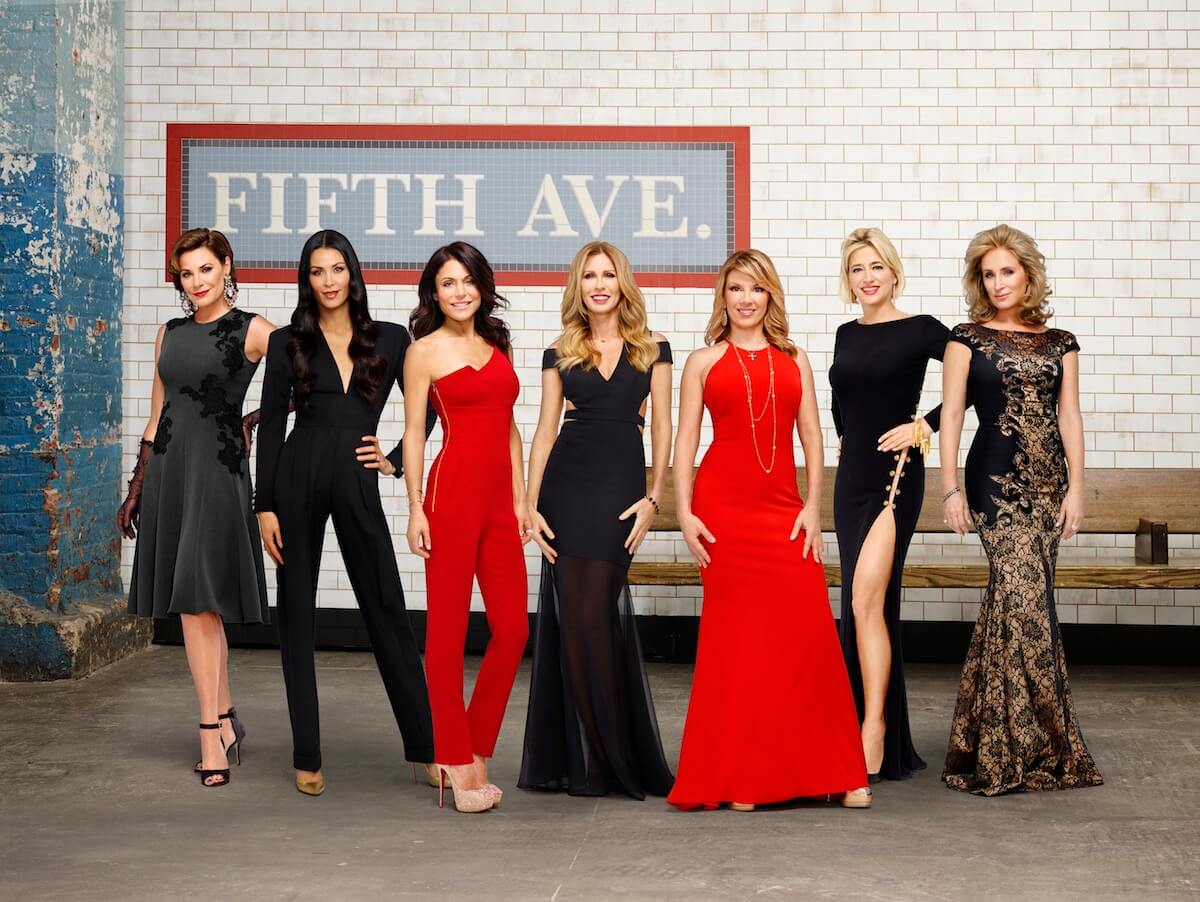 By now, it’s no secret that “The Real Housewives of New York City” is synonymous with drama. The beloved Bravo series returns for Season 8 tonight at 9 p.m. — and you won’t want to miss a minute.

Leading up to the premiere, Sonja Morgan and Ramona Singer hosted a party at Beautique. Of course, Singer’s brand of Pinot Grigio was served. “Beautique is my home away from home,” Morgan says.

The two stars dish on what fans can expect from the latest “RHONY” installment.

RELATED: Reality TV stars who have spent time in jail

After so many seasons, the ladies know how to up the ante. Morgan says, “We all know each other’s buttons to push and we’re out of control with that. But the bonds are strengthened, because we get through it.”

Singer echoes this idea. “We all are calling everyone out on their bullshit,” she says. “I use this favorite quote, ‘Don’t tell me you’re a pineapple when we all know you’re an orange.’ You’re going to see a lot of that.”

Despite the drama, the Housewives have formed strong friendships. Singer says, “I’ve opened myself up more on the show. I’ve gotten to know these women on a deeper level, so my relationships with them have deepened.”

“I’ve changed tremendously,” Singer says. “One thing that hasn’t changed is my zest for life. … I think I’m a happier, lighter, warmer person with a lot more patience.”

This patience enhanced her relationships, particularly with castmate Bethenny Frankel. “Bethenny and I actually have a really great relationship. It’s really evolved,” Singer says. “It’s so much different than it was even a couple seasons ago.”

Still, when asked if she could take back any “RHONY” scene, it’d be their argument from the Season 3 episode “The Ambush.” “Bethenny and I are walking across the bridge in Brooklyn and she’s telling me things. I actually wasn’t very nice to her,” she recalls. “She’s trying to confide in me and instead of just listening and being tolerant, I kind of beat her up verbally.”

RELATED: The Best Blake and Gwen moments on ‘The Voice’

When asked what fans can look forward to, Morgan’s response isn’t necessarily what you’d expect.

“I want them to see me when I’m with my friends in a loving environment,” she says. “Having dinner, talking sex, talking about gas and poop and stuff like that. The fun times, not the fights.”

But then again, she doesn’t mind some emotion. “And maybe some of those tearful moments where you’ve bonded, like everyone else does in real life.”

“This season is definitely a roller coaster of highs and lows,” Singer says — especially when it comes to the annual group trip. She wouldn’t reveal the location, but the reality star teases, “The things that happen are just beyond unbelievable. You know how they say that life can be stranger than fiction? That’s what this season is. That’s what that trip was.”