Readers react to story about animal abuse - Metro US
Boston On Wednesday, Sept. 12, Metro Boston published a cover story “Justice for Chico” about a Massachusetts man who is facing animal cruelty charges for allegedly burying his dog, an 18-year-old Shih Tzu, alive in the woods behind his Whitinsville home. The dog’s owner, 24-year-old Richard Piquard,  faces up to seven years in prison and a fine of up to $5,000 for the animal abuse.

Readers had a strong reaction to the story, and reached out via social media and email to share their thoughts on the horrific crime, which ultimately led to the dog being euthanized.

“I just had to write after reading the story today about Richard Piquard burying that poor dog alive. That is beyond animal abuse. It is attempted murder. And to think that the poor dog was already abused by him before it was buried alive. The terror that poor dog must have gone through.

People like that should not be let out on $1,000 bail. He should be kept behind bars. Anyone who abuses and tries to kill an animal should be held on charges just like they would if it were done to a human. Animals have feelings and emotions just as humans do but unfortunately, it’s hard for them to fight back. They are like babies. It makes me sick.

People like him need to be held responsible for their actions. Not a slap on the wrist, a small bail, and sent back out in society.

Thanks for listening. I just feel so bad for that dog.” 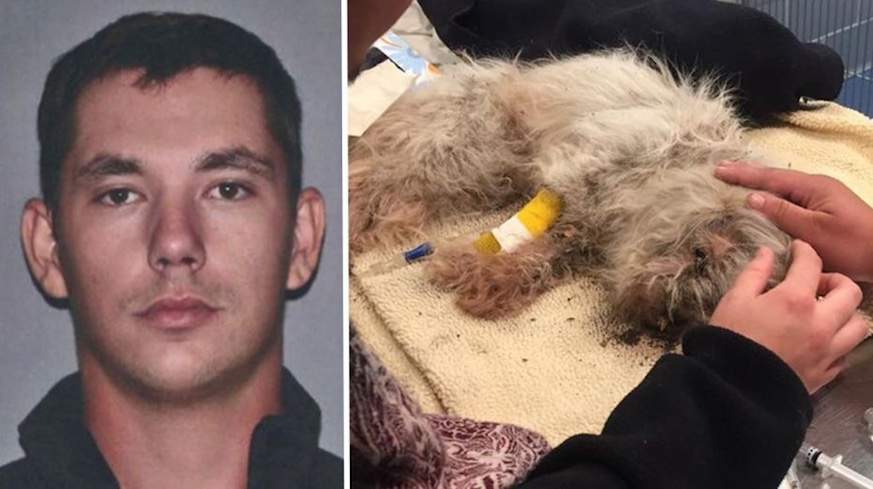 For others, the story incited anger, with readers expressing their upset on social media.

“This guy is a real POS,” wrote Facebook user Ryan Medina. Another commenter, Marc Olechnowicz, said of the dog owner “You shouldn’t be allowed to have anything!!!” For Kay Hoffman, the story was so upsetting that she wrote she’d stop allowing the newspaper’s posts to appear in her newsfeed. Reader Bonnie Godas was also displeased with the story, saying she was upset with its placement on the front page. “I am sure there are so many people upset by this.”

Tell us what you think. Email Letters@Metro.us or visit our Facebook page to weigh in on stories.