Ready for the premiere of AHS season 8? Here’s how to watch – Metro US
Television

Ready for the premiere of AHS season 8? Here’s how to watch When it comes to American Horror Story season 8, it looks like we’ll be in for quite the wild ride — but then again, when are we not in for heavy turbulence with a side of scary? (Remember those clowns from last season? The were what nightmares are made of.) AHS season 8 episode 1 is coming soon, and we’ve got all the ways you can watch it with the click of a button.

Connie Britton and Dylan McDermott, who played couple Vivien and Ben Harmon in AHS’ debut season, are back as well.

Last time we checked, the kid’s a murderer (remember when he killed his nanny in the Murder House finale?) so the fact that this boy is all grown up, is only slightly terrifying.

A bunch of crazy-competitive witches paired with the apocalyptic havoc of the Anti-Christ — what ever could go wrong in this Murder House-Coven crossover? 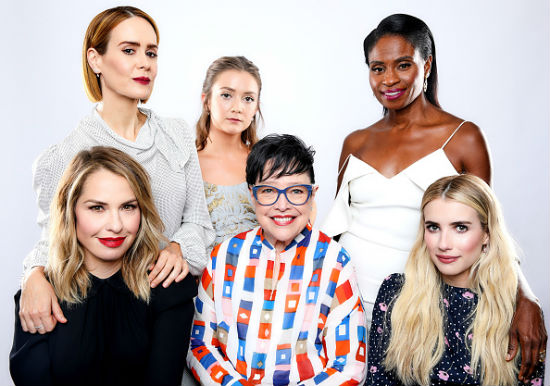 For more on everything we know about American Horror Story season 8, click through to Metro’s guide.

Watch the promo for AHS Apocalypse in preparation for the AHS season 8 premiere:

View the official trailer below.

Feel that shiver down your spine?

How to watch AHS season 8 episode 1

You can also watch it live on FX’s website with your TV provider as well as through the FXNOW app or FX+ subscription.

If you end up missing the AHS season 8 premiere, you can watch it after the fact on FXNetworks.com and the FXNOW app.

Prepare yourselves for one hell of a ride.