The Bernabeu, home of Real Madrid. (Photo: Getty Images)
Real Madrid begins its Champions League title defense for a third consecutive year on Wednesday as they welcome Italian side Roma to the Bernabeu.
The Spanish giants have won the Champions League three-straight years, though the 2018-19 campaign will be a very different one.
Cristiano Ronaldo is gone after almost a decade with the club, the Portuguese superstar opting to sign with Italian club Juventus in July. The move came shortly after Zinedine Zidane stepped down as manager.
Now, former Spanish national team boss Julen Lopetegui will attempt to deliver Los Blancos with their fourth-straight European crown with a squad headlined by Gareth Bale, Luka Modric and Karim Benzema.
Descending upon the Spanish capital to help open up the Champions League campaign is Roma, once a proud Italian side attempting to build its way back up to relevance on the European stage.
The Giallorossi, who have constantly been overshadowed by Juventus, made a surprise run to the Champions League semifinals, coming from behind to beat Barcelona in the quarterfinals last year before being beaten by Liverpool.
Roma has problems away from home though, losing its last four Champions League matches away from the Stadio Olimpico.
The strikeforce of Bosnian Edin Dzeko and Italian Stephan El Shaarawy will be tasked with trying to keep up with the dangerous Real Madrid, which will be a big ask. 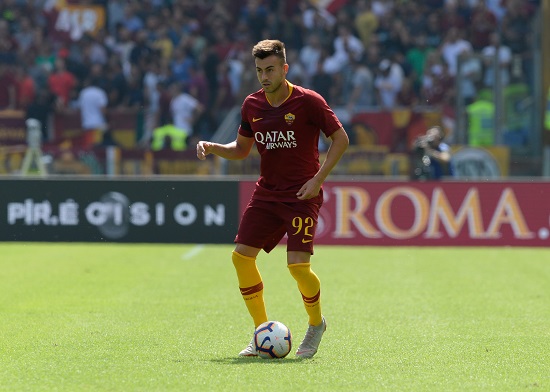 Here is how you can catch all the action in the United States: