If you’re old, you may remember a time when Johnny Depp was fun. In the ’90s and early ’00s, he was a darling, an actor critics tried, time and time again, to bully audiences into making a big star. We waxed poetic about how he should get more work, how Hollywood should let him fly his freak flag high and mighty. Then in 2003, with “Pirates of the Caribbean: Curse of the Black Pearl,” we got our wish. And over the last 14 years we realized we’d made a huge mistake. (See also: Jennifer Lopez’s revelatory work in 1998’s “Out of Sight.”)

Depp has yet another “Pirates” movie out Memorial Day weekend, and we couldn’t be less excited. At this point, Depp’s wacky shtick has become profoundly irritating. It wasn’t always this way. Once upon a time, the actor, now 53, was the delightful saboteur who funned up a movie based on a theme park ride with his inspired and leftfield Keith Richards impersonation. By now, the fifth appearance of Captain Jack Sparrow is as welcome as the return of once-dead diseases brought back into the world by parents who refuse to vaccinate their kids.

What happened? Maybe Depp, once a perpetual underdog, bought too into his press. Perhaps, he was always annoying, and his stick only seemed charming in small doses. Whatever the case, sometime around his migraine-inducing Willy Wonka in “Charlie and the Chocolate Factory,” what seemed like a good thing started to head south. He was trying too hard to be weird — and not good-weird. He was safe-weird, boring-weird, annoying-weird.

But enough negativity; let’s say something nice. Let’s remember the good old days. Even Depp’s grating turns as the Mad Hatter in the dreadful “Alice” movies can’t taint 1990’s “Cry-Baby,” in which the “21 Jump Street” star decided his first big starring role in a movie would be for no less than John Waters. He’s brilliant in it, too, sending up his teen dreamboat image with cracker-jack comic timing and a very good Elvis croon. He was a pretty boy who didn’t want to be one, and Waters helped him baby-step into more interesting pastures. 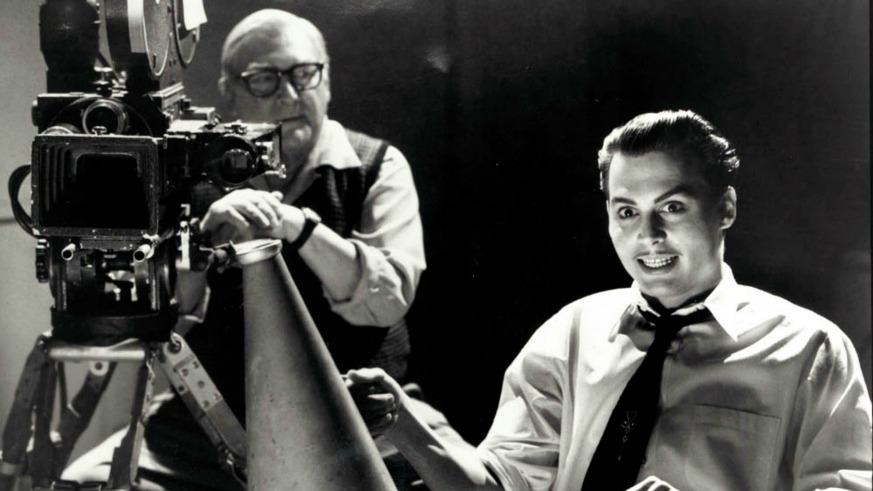 Then he found Tim Burton. The filmmaker threw Depp into the deep end of weird, first casting him as a beyond pale humanoid in “Edward Scissorhands.” Even better was “Ed Wood” (pictured above), in which the handsomest guy in Hollywood played the worst film director who ever lived (debatably) — a blissful ignoramus who wore a perpetual grin and made cheapies about his jones for transvestitism, even while fighting World War II.

But “Edward Scissorhands” aside, Depp films were not hits. He was more a tabloid fixture than a movie star, even as he was hailed as one of the most fascinating figures on the silver screen. He had enough clout that he would lend his name and his talents to great filmmakers, including Jim Jarmusch (“Dead Man”) and Terry Gilliam, whose “Fear and Loathing in Las Vegas” contains one of the top-level Depp turns — all druggy motormouthed babbling while the actor perpetually cradles a cigarette-holder between teeth.

Even when Depp was playing ball, he was magnetic. When he and Burton made “Sleepy Hollow” in 1999, he wanted to play Ichabod Crane while wearing a ghastly fake prosthetic nose and other goofy deformities. Execs shot that down. But Depp still gives a hilariously fastidious turn. Crane’s no hero; he’s a weirdo who faints whenever someone new is decapitated — who can’t, in fact, say the word “decapitated” without visibly throwing up in his mouth.

Here is where the Depp story takes a happy then sad turn. When he charmed the pants off of the masses in the first “Pirates” movie, it was like your baseball team winning the World Series. But the work soon turned tragically sloppy. Depp tried desperately to repeat the magic formula in the sequels, and he failed like a sad couple trying to rekindle the heat by embarking on a disastrous second honeymoon.

At this point, Depp can’t win. Even when he tries to do something serious, like “Black Mass,” he comes off as too keyed-up. When he does something small, as in the Kevin Smith films “Tusk” and “Yoga Hosers,” he’s as annoying as he always is these days. (He’s unrecognizable in these, meaning you may spend the films thinking, “God, who is this awful actor?”)

All this being said, we’re the ones who will defend Tim Burton’s “Dark Shadows” — both the film and Depp’s actually delightful turn in it. We’re not sure how he could make a comeback — or, given the salaries he now commands, if he’d even want to — but we long for the days when Johnny Depp was the promise of a good time, not the exact opposite. Still, we’ll always have “Ed Wood.”