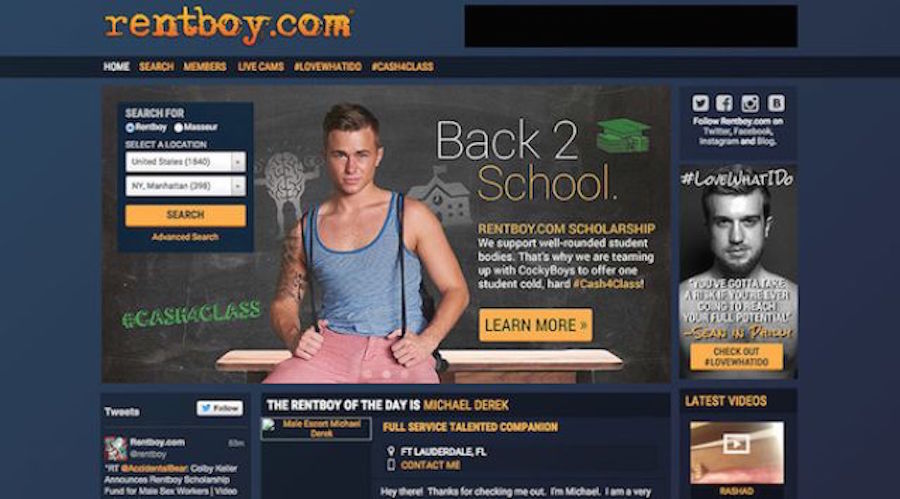 The former chief executive of the male escort website Rentboy.com was indicted on Wednesday on a charge of promoting prostitution, in a case that has outraged gay and civil rights activists.

The three-count indictment against Jeffrey Hurant, 51, by a federal grand jury in Brooklyn, New York, added money laundering charges not previously filed against the company founder in a criminal complaint in August.

Easy Rent Systems Inc, which did business as Rentboy.com, was also named a defendant. The indictment did not name six former employees who were arrested along with Hurant in August when authorities seized the gay website.

The case has prompted criticism among some gay rights activists, who held a protest in September and have questioned why prosecutors are targeting the service after it had operated transparently for nearly two decades.

James Roth, a lawyer for former Rentboy sales agent Clint Calero, said he hoped the indictment meant prosecutors had “acknowledged the merits of our defenses and that we will enter into a non-prosecution agreement.”

Lawyers for the Rentboy employees and Hurant either declined to comment or did not respond to requests for comment.

Rentboy.com, founded in 1996, became what authorities say was the largest online male escort website, and even hosted an annual escorts awards show called the Hookies.

The website carried disclaimers saying its advertisements for escorts were for companionship and not sexual services. But authorities say Rentboy.com was intended primarily to promote prostitution.

Escorts paid at least $59.95 per month and up to several hundred dollars to advertise on Rentboy.com, which attracted 500,000 unique visitors daily and generated more than $10 million from 2010 to 2015, prosecutors said.

The new indictment said Rentboy also offered an advertising discount to escort agencies and, despite policies banning escorts aged below 18, did not verify their ages.

Critics of the case include The New York Times, which in an editorial in August said prosecutors had not justified shutting down “a company that provided sex workers with a safer alternative to street walking or relying on pimps.”