WARNING: There are SPOILERS ahead for Welcome To Marwen.

So if you haven’t seen the inspirational and heartfelt drama yet then please don’t read on. Instead, check out one of our other articles on the film.

Or, bookmark this article, go and see Welcome To Marwen, then return to read what Robert Zemeckis had to say.

The more that films and franchises from yesteryear are rebooted and get sequels, the more people wonder when Back To The Future will get the same treatment.

With good reason, too. Not only is Back To The Future one of the most popular films of all time, but, thanks to its sequels, it is equally beloved as a trilogy, too.

Plus, the idea is timeless, and as recently as last month a poll in The Hollywood Reporter revealed that 71% of people asked wanted it to be remade.

But Robert Zemeckis, the co-writer and director of the original, has long insisted it won’t be touched, even hammering home that point during a recent interview with Metro UK.

Clearly Zemeckis is well aware of Back To The Future’s popularity, though. Because when a flying time machine was required in one of the climatic scenes of his latest film Welcome To Marwen he knew that he had no choice but to pay homage to the flying Delorean that Doc Brown and Marty McFly use at the end of his 1985 sci-fi classic.

“If you gathered a 100 people off the street and asked them that question I think that about 90% of them would say it would look like that flying car.” 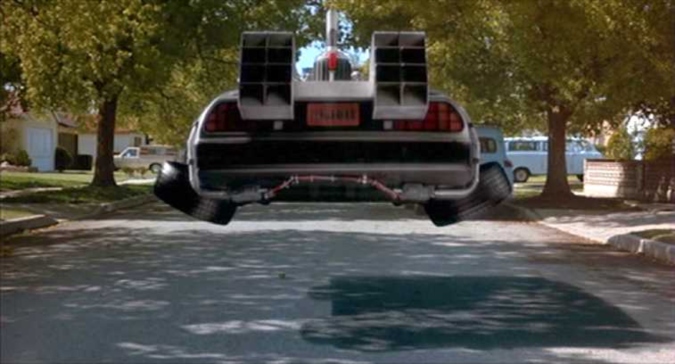 Does Zemeckis think that Welcome To Marwen is the closest we’re going to come to Back To The Future 4 or a reboot?

“Probably. Yeah, I think you’ll have to live with this.”