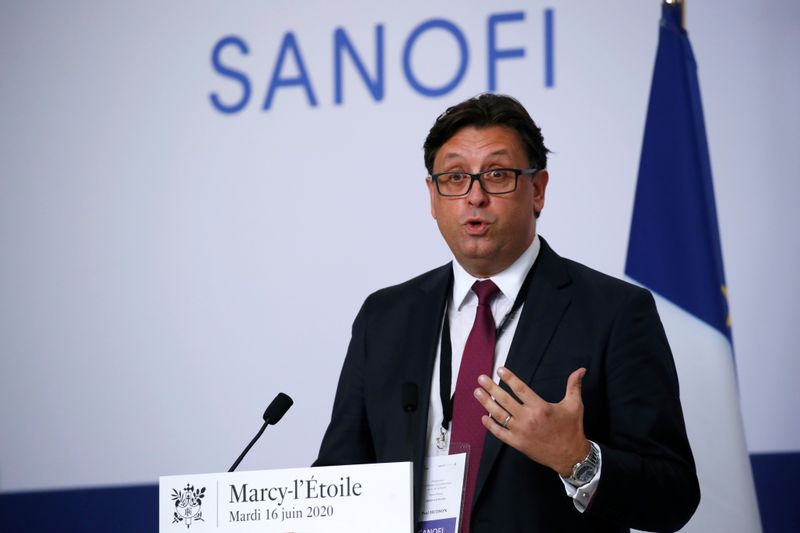 PARIS (Reuters) – Europe is better prepared than ever to ensure a COVID-19 vaccine reaches the population, Sanofi’s <SASY.PA> chief executive said on Monday.

A few months after taking over at the French drugmaker, Paul Hudson irked French authorities earlier this year after saying the American public was likely to receive vaccine shots first given the U.S. government provided early funding.

The company at swiftly reassured the market that a Sanofi vaccine would be made available to anyone who needs it.

There is no internationally-approved vaccine to prevent COVID-19, the illness caused by the coronavirus that has killed more than 1.2 million, derailed the world economy and turned the daily lives of billions upside down.

Earlier on Monday Pfizer Inc <PFE.N> and German partner BioNTech SE <BNTX.O> said their experimental COVID-19 vaccine was more than 90% effective. The companies said they have so far found no serious safety concerns and expect to seek U.S. authorization this month for emergency use of the vaccine.

Many drugmakers are already producing vaccines doses at scale even though trials are ongoing with the possibility of having to destroy output if trials disappoint.

“We are in a completely different position than we were when we first began our dialogue at the beginning of the year,” Paul Hudson said at a panel organised by the Financial Times.

“Now, we are as good and far as we can be. And we can just look at the biology,” he said.

Sanofi, which is developing two COVID-19 vaccines, including one with Britain’s GlaxoSMithKline <GSK.L>, reached an advance purchase agreement with the European Union in September to provide the bloc with 300 million doses.