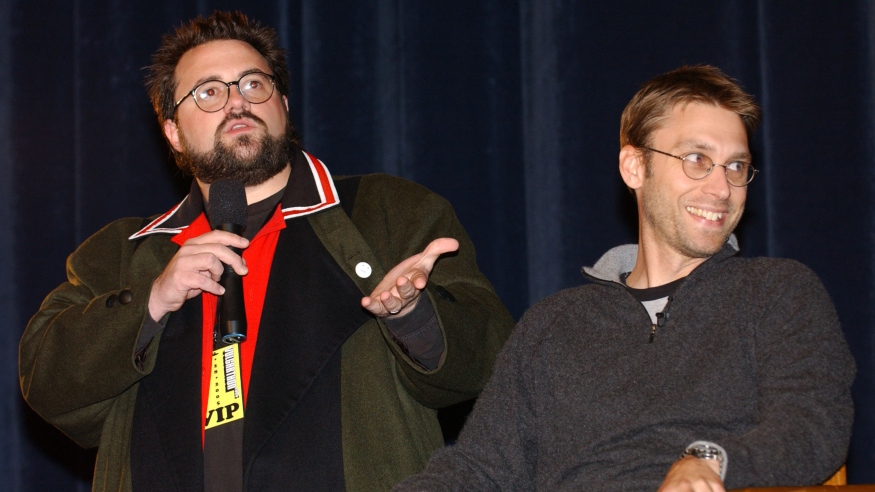 Since The Grinch marks Scott Mosier’s feature film debut as a director, you would expect most moviegoers to have never seen his name before.

But, fans of independent cinema, and in particular “Clerks” and “Chasing Amy” writer and director Kevin Smith, will almost certainly recognize Mosier.

I recently had the chance to speak to Mosier about “The Grinch,” and I was interested to know more about his journey from producing Kevin Smith films to overseeing animated behemoth.

“When Kevin and I met in film school, we were all there to direct. We had a deal that we would both write scripts and then whoever finished first, the other guy will produce their film.”

“I remember when he sent ‘Clerks’ over I was like, ‘Oh wow. That’s pretty amazing. I don’t know if I could come up with something as good as that at 21.’ We made ‘Clerks’ and the reception was so great and we just had so much fun.”

“I didn’t put it on hold, but it was just such a great experience and a way to learn. Me and Kevin were just having so much fun, too. I was really enjoying and learning and being able to watch him and everyone else.”

“Then after ‘Zack and Miri’ I was like, ‘Right, if I am going to do this I have to focus on trying to get there.’ So I produced one other animated film, called ‘Free Birds,’ which was an opportunity for me to learn the process. Then this amazing opportunity came up, and I couldn’t turn it down.”

Mosier was overjoyed to work with Illumination on the adaptatio, especially because of their past success with the “Despicable Me” and “Minion” franchises. However he did confess to also being terrified at the prospect, too.

“Illumination has its own brand, and an ability to really entertain the whole family. Having its studio in Paris, it is predominantly French but there’s a group of international people, who bring a flair to it that you can feel resonants in the film.”

“Chris Meledandri and Illumination had already made ‘The Lorax,’ Chris when he was at Fox had already made ‘Horton.’ So he had a long standing relationship with Dr Seuss and he really wanted to make The Grinch.”

“So the idea of making the film was already negotiated and ready to go. Then he approached me. And, I’ll be honest, I was sort of excited and intimidated.”

“I was excited because I love the book, the character, the Chuck Jones special and the story, but because it is because it is such a beloved property I was also a little intimidated.”

“I was like, ‘Woah, my first movie is gonna be, I could get in a lot of trouble and people will be really mad if I mess it up.’ But I love the story and I love the world and the opportunity to make that world, I just couldn’t pass it up.”

Mosier had to adjust to the animation world though, insisting, “It is a different process.”

“Animation is a marathon and live-action is a bit of a sprint. I had to pace myself for animation. Because if you go at the live-action pace you will burn out. Thankfully people around me were like, ‘Woah, slow down.’”

“Animation has some intense periods. Near the end the movie is just absolutely flying. For like the last 6 months, everything is getting delivered and you are putting it together.”

“Because you have a certain date when it is the final, final day to put another shot in. You just run out of time. You have to save your energy for that time, because that is when a lot of the final, final decisions are made.””

But, after directing “The Grinch,” where does Mosier see his future?

“I love animation. I will make another animated movie. But I enjoy making live-action, too, I did it for 20 years. We’ll just have to see.”

“The Grinch” is in cinemas on November 9.