Self-driving car testing expands in Boston, to 14 other Mass. cities and towns - Metro US
Boston

Self-driving car testing expands in Boston, to 14 other Mass. cities and towns 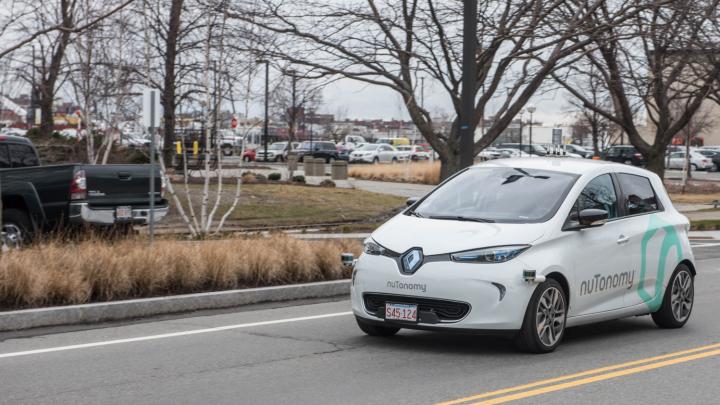 Cambridge-based company nuTonomy has been testing autonomous vehicles on certain Boston roads for a while, and now, officials have expanded that testing to all Boston streets city-wide.

Separately, state officials announced on Thursday that self-driving car testing will be allowed in 14 other Massachusetts cities and towns.

Mayor Marty Walsh announced the Boston expansion of the autonomous car testing on Wednesday, giving nuTonomy the right of way to test its fleet of autonomous vehicles on more roadways than just within the Seaport District, which the company has been operating in since Jan. 2017.

“Continuing to test autonomous vehicles in a careful and methodical manner represents another step forward in helping us to achieve the vision for improved mobility that was established by residents during the Go Boston 2030 Transportation Plan public process,” Walsh said in a statement. “If deployed thoughtfully, shared fleets of autonomous vehicles could offer the city of Boston the potential to improve safety on our streets, provide equitable connections to the MBTA and offer a new source of mobility to all Boston residents.”

Gov. Charlie Baker on Thursday announced that he and several other local authorities signed a memorandum of understanding to expand the testing of self-driving cars within the state.

The memorandum creates a standardized, simplified process for companies that seek to test their self-driving cars. The application these companies will need to submit certifies that the autonomous vehicle has “passed a Registry of Motor Vehicles inspection, can be operated without undue risk to public safety, and at all times will have a human being inside the vehicle while it is traveling.”

“Cities and towns participating in today’s announcement will now be able to partner with companies and facilitate safe testing of self-driving vehicles on their roadways,” said Lieutenant Governor Karyn Polito in a statement. “By creating a standardized process and working collectively with local officials, we can generate economic growth and support our communities as they play a role in the future of innovation and motor vehicle automation.”