Sen. Kirsten Gillibrand talks OZY Fest and the future of the Democratic Party We recently spoke with the Democratic senator of New York Kirsten Gillibrand about her thoughts regarding President Trump’s controversial Supreme Court justice nomination Brett Kavanaugh. Needless to say, she was not very impressed with this pick. We also had the chance to get her thoughts on the upcoming midterm elections, as well as her upcoming appearance at OZY Fest next weekend in New York’s Central Park.

Sen. Kirsten Gillibrand on OZY Fest and the future of the Democratic Party 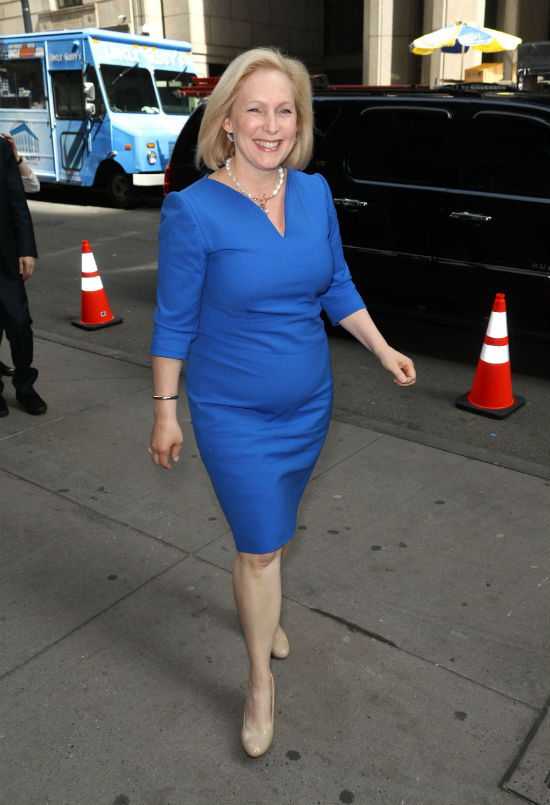 What do you see as the Democrats strategy leading into the midterm elections?

From my perspective, I’ve been traveling around our state. I’m also up in 2018. It’s really about listening to voters and understanding what strugglers and concerns they have. And then really speaking truth to power loudly and effectively to try and change how the economy works, how rights are protected. Making sure that anybody who wants to be working can be working to their fullest potential. Fighting for things like national paid leave, equal pay and affordable daycare. Fight for things that affect people’s lives deeply. I think the election will be about people’s lives, who you are fighting for and why.

With new, young progressive candidates like Alexandria Ocasio-Cortez winning here in New York, it seems like these kinds of candidates are creating a newfound optimism within the party.

They sure are. We have more women running for Congress than ever before in the history of this country. We have young, diverse candidates running across this country that are exciting. The base and the grassroots are energized and excited to be a part of these campaigns and to fight back! At the end of the day, this is a referendum on President Trump. They are fighting back against some of the worst things he has tried to promote, do and has done. People are fighting for their civil rights, their basic reproductive rights, LGBTQ quality, immigration and religious rights. The Muslim ban is something that is contrary to our system of government and contrary to our Constitution. So is President Trump’s attacks on the judiciary and the freedom of the press. These are things that we are going to fight against in the election across the country and certainly across the state. We have five seats that could flip in November out of New York.

Speaking of ideals, let’s talk about OZY Fest. It seems that big festivals like this try to create a vision of utopia in some ways for all that attend, whether it’s with music, food or just how they’re laid out. What do you think is the main purpose or message the OZY festival is trying to present?

I think it’s an amazing cross-pollination of ideas. I think you have thought leaders, opinion leaders and diversity all converging to create a conversation about the country and what’s important to people. I think it’s exciting! I really love it because you have this representation from across industries, across perspectives and worldviews to have this very in-depth conversation about what really matters to people. I think it will be really fun. I really like to meet people where they are. This is the kind of festival that people will come to who perhaps might not be interested in politics at all. So I can meet people where they are and talk about the things that they want to talk about and it’s a way to connect to New Yorkers in a way that’s a lot of fun and different in ways than I’m used to.

You can find out more information on OZY Fest, including when you can see Sen. Kirsten Gillibrand speak, here.