Serena Williams eyes Grand Slam No. 24 at 2019 US Open - Metro US
MetroBet 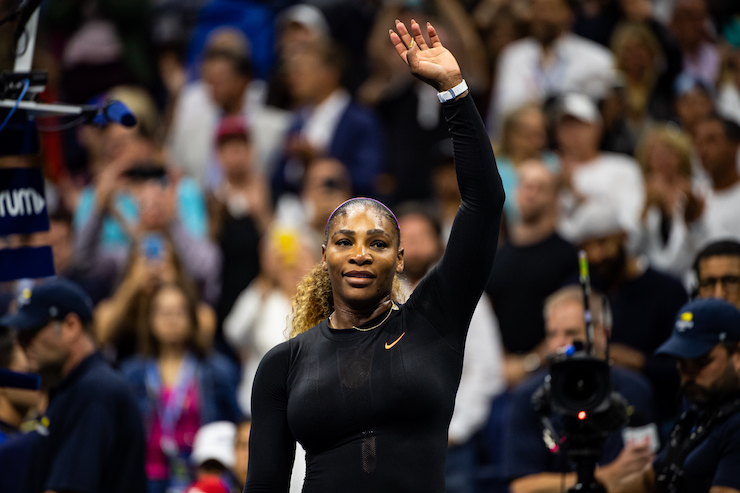 Serena Williams sure didn’t like that she was facing the pressure of making history during her knockout of Maria Sharapova with Mike Tyson and the eyes of the sporting world watching on Monday night.

But rest assured, Williams — who turns 38 next month — continues to face pressure to win her 24th Grand Slam title, which would tie her with Australian Margaret Court atop the all-time list.

“There’s so much pressure on her at every Grand Slam,” said ESPN’s Rennae Stubbs, a former world No. 1 in doubles. “There’s so much pressure on her at the US Open because the American public wants her to win so badly again and she doesn’t want to win anywhere more than the US Open in New York. It just adds and adds and adds, and no one can understand the pressure that she constantly feels other than Roger [Federer], Rafa [Nadal], and Novak [Djokovic]. ”

Like Federer, Nadal, and Djokovic, Serena is re-writing the record books and is widely considered the GOAT — the Greatest of All Time — in women’s tennis.

Still, Williams remains stuck on 23 majors and hasn’t won a Grand Slam title since beating her sister Venus in the 2017 Australian Open final.

Since becoming a mother that September, she hasn’t won a title of any kind and is 0-3 in Grand Slam finals.

Last year, she lost in a highly charged and controversial final at the Open to Naomi Osaka. Umpire Carlos Ramos, who gave Williams several penalties for illegal coaching, racquet, and verbal abuse — she called him a “thief” during the final — won’t officiate any of her matches this year.

“Yeah, I don’t know who that is,” Williams said when asked about Ramos.

Serena looked laser-focused in her 6-1, 6-1 rout of Sharapova Monday night and says she’s here to win her seventh US Open title.

Williams needs to get to No. 24 to dismiss the doubters, but Stubbs said Court’s record is somewhat artificial because she won more than half of her titles during the amateur era — before 1968. She also won 11 Australian Open titles when many other top players didn’t compete in it.

“I mean, look I’m Australian and I take pride in our Aussies but Margaret Court won 11 Australian Opens when no one was playing,” Stubbs said.

Steffi Graf retired with 22 Grand Slam titles — all during the Open Era — and Serena has already surpassed her.

“We’ve been talking about Serena at 23 and 24 for five years since she was trying to reach Steffi,” Stubbs said. “And I think that was the goal, to beat Steffi’s record because no one even thought that was close to being possible after what Chrissie [Evert] and Martina [Navratilova] did.”

“They keep raising the bar. Now it’s Margaret Court. I didn’t know amateur Grand Slams counted, now they do. For me, Martina, Chrissie, Steffi, and Serena are in the same [category] — utter GOATs.”

Next up for Williams at the Open on Wednesday is Caty McNally, the 17-year-old from Cincinnati who is playing doubles here with 15-year-old sensation Coco Gauff.

“Her career has been so long and so consistent, she’s obviously the GOAT, greatest player ever,” McNally told the Cincinnati Enquirer. “I have nothing to lose, everything to gain, so hopefully I can go out there and stick to my guns and give her a good match.”

After being forced to retire during the Toronto final with back spasms, and then pulling out of Cincinnati because of them, Williams is moving well and looks like she’s up for the challenge of a two-week Grand Slam.

Six more wins would make it a lot more fun — if she can finally get to No. 24.

“If she can play seven matches like this, the US Open is hers,” Evert said on air during the Sharapova match. “Twenty-four.”