With the royal wedding commencing Saturday, we’re sure Meghan Markle and Prince Harry have a lot of last-minute arrangements to go over (i.e. drama surrounding Markle’s father walking her down the aisle). But the royal venue — St. George’s Chapel, Windsor Castle — may be at risk of vandalism as police report a graffiti problem around Windsor leading up to the big day.

According to Express, the word “fork” has been spray-painted in the area — on traffic signs, homes and cars — over 150 times. “Fork” has even been found on a sign by the Long Walk, a well-known, three-mile avenue that begins around Windsor Castle.

It’s understandable why officials would be concerned about St. George’s Chapel, Windsor Castle, as most of the world will soon have their full attention on the venue and the town it resides in. During the globally televised ceremony, the bride and groom should be the focus, not strange graffiti about a four-pronged utensil.

“It is fair to say this bloke is forking us off big time because as far as we are concerned we have our work cut out already on the big day,” a Windsor Police source told Express. “We are searching for two teenage offenders who have nearly been caught on a number of occasions and we have CCTV operators going through a lot of footage.”

“So far over £10,000 worth of criminal damage, to walls, fences, houses, roadside electrical boxes, vans – you name it,” reads a notice on the Thames Valley Alert page. This equals over $13,600 of damages, and officials have been cleaning up the graffiti daily.

But what does “fork” by St. George’s Chapel, Windsor Castle, mean?

The word “fork” painted around the St. George’s Chapel, Windsor Castle, area could refer to a sex act, and it’s reportedly a term for “scratching or poking a pig,” Express pointed out could be a jab at local police.

On that same yet more optimistic note, “fork” could be an ode to Robert Frost’s “The Road Not Taken,” representing the path Markle has traveled down, which is a highly acclaimed commitment of public service. She, however, is forging her own way, making history as one of the first women of color (not the first) to enter the British royal family. It’s a big break from tradition because Markle is a biracial American actress with a background in activism — and she’s also a divorcee.

“It’s her race, her color, her class and it’s her age,” Camille Newman, a Brooklyn owner of an online plus-size clothing store, told The Guardian. “It’s not just an African American woman thing, or an American thing, it’s a woman thing. I think all women can be proud of her.” 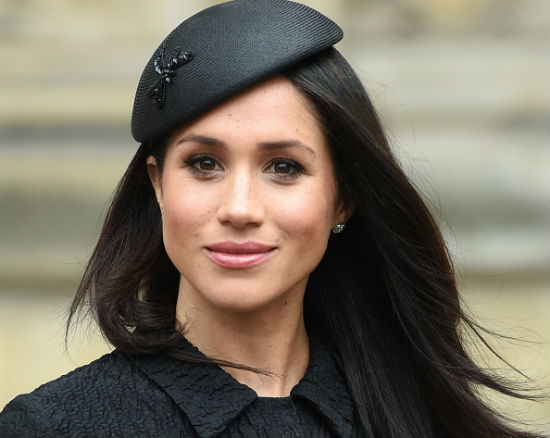 So, Markle’s marriage to Prince Harry, a road “less traveled by,” has the potential to make “all the difference.” It’s a lovely thought.

Or, perhaps, the “fork” vandal just loves his cutlery.

Regardless of what the intentions are, officials are racing against the clock to ensure the graffiti doesn’t interfere with the royal wedding.

“We have been told that if there is so much as a single ‘FORK’ on the walls of Windsor Castle that the Queen will blow a gasket,” the police source told Express, “so we are guarding it very well.”