Sorry, but Trish from ‘Jessica Jones’ is the absolute worst - Metro US
Television

Sorry, but Trish from ‘Jessica Jones’ is the absolute worst There are toxic friends, and then there’s Trish from Marvel’s Jessica Jones. And in the second season, she’s doing the most.

Trish is a former child star who has it all: lots of money, a hot boyfriend, a good job and a superpowered best friend with poor taste in jeans. But that’s not enough for her, and yes, spoilers are ahead.

For some reason, Trish spends the majority of the second season torturing her so-called best friend Jessica and her assistant, Malcom, in a variety of ways, in the name of making a name for herself as more than just a fluff journalist. And that’s when she’s not becoming addicted to whatever is in Simpson’s inhaler or pulling out a gun at the most inappropriate, inopportune moments. She literally brings Jessica the ashes of her dead family to manipulate her into taking action against IGH. She has a night of passion with Malcolm, just to lock him in the trunk of her car once she’s done using him. Part of her motivation is her addictive personality. But the other part? She’s the worst.

Because for Trish, it’s not enough to have a voice. She has to be the most important voice in the room. Oh, and she wants superpowers, too. And she’ll basically kill herself to get them — and then blame Jessica for not letting her die. 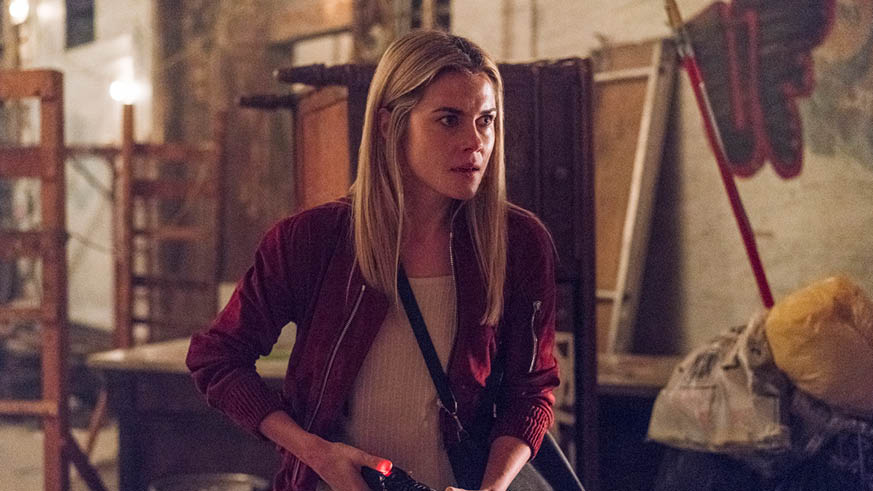 In the end, her extreme thirst for being special — because being white, rich and privileged isn’t enough — alienates her from the people who mean the most to her. And it somehow makes her think killing her best friend’s mom is a totally OK thing to do. (To be clear, even if your best friend’s mother is a brain-damaged psuedo-psychopath with superhuman strength and rage blackouts, you can’t just jump out of your hospital bed, head to the nearest closed carnival, and shoot her clean in the skull. Best friends don’t shoot their best friend’s moms, man.)

Joke’s on her though. If Trish thinks being able to catch her phone with her foot as a superpower is worth losing her job, her best friend and the comfort of being able to afford a one bedroom apartment in New York City, well. She’s more than the worst. She’s just a straight up goon.