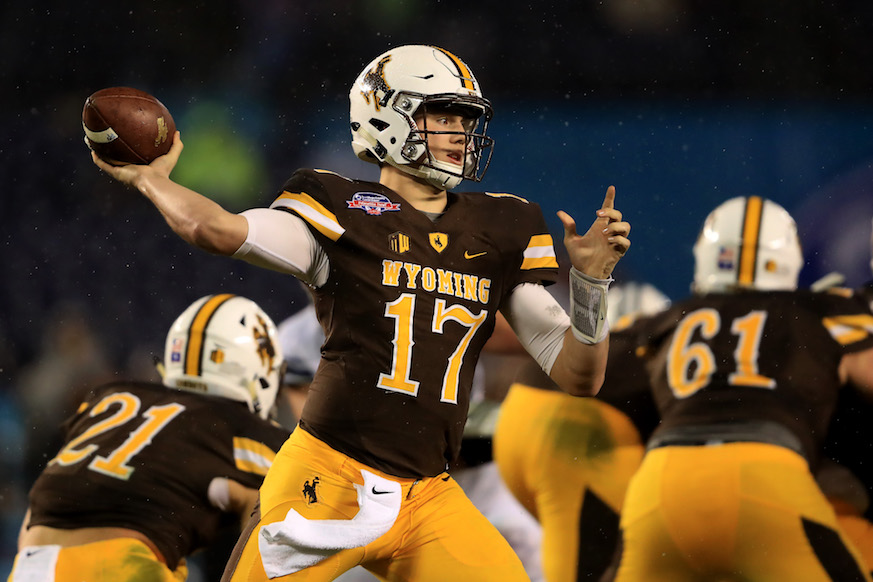 The trade partner that the New York Giants might just be seeking could be a team looking to move up in the draft above their crosstown rivals.

The Buffalo Bills might just be the team that lets the Giants move back in the draft, a source tells Metro. Speaking on the condition of anonymity, the source said that the Bills “are eager to move up in the draft and get into the top three picks,” a line that is similar to the speculation that has come out of Buffalo in recent weeks. The only likely scenario there would be a trade with the Giants who hold the second overall pick in the first round of Thursday’s NFL Draft.

The Bills need a quarterback and one of USC’s Sam Darnold, Wyoming’s Josh Allen, Oklahoma’s Baker Mayfield and UCLA’s Josh Rosen would be there for the Bills at No. 2. If they crave one of those quarterbacks, they could well overpay to move up.

A possible trade with the Giants would then see Buffalo move past their AFC East counterpart the New York Jets, who last month traded with the Indianapolis Colts, sending the sixth overall pick along with three second-round picks (two selections from this draft and one in 2019) to trade up to the No. 3 pick.

The Bills, the source told Metro “are aggressively trying to get one of the top quarterbacks. This leaves the Giants at No. 2 and Cleveland with their second pick.” The Cleveland Browns hold both the draft’s first and fourth pick and could walk away with a starting quarterback as well as a player such as Penn State’s Saquon Barkley or Notre Dame guard Quenton Nelson.

It could be a great scenario for the Giants, however.

Unlike most teams picking No. 2 overall, the Giants are a better team — on paper — than their 3-13 record last year. They have a Pro Bowl wide receiver in Odell Beckham Jr. set to enter his prime and four-time Pro Bowl quarterback Eli Manning throwing him passes. The offensive line has improved via free agency.

What’s needed is depth along the defensive line, in the secondary and at running back.

In other words, the Giants are in a place where they don’t necessarily need a home run selection but could benefit from multiple picks in the first round and on Day 2.

The Bills, who hold two selections in each of the opening three rounds of the draft, could certainly be that dance partner for general manager Dave Gettleman.

“Gettleman isn’t known to trade back,” the source said. “But if you’re a team that was [11-5] two years ago and needs just a couple of players, doesn’t it make sense? The Giants could walk away from this trade with four or five guys who go instantly onto their two-deep. That can get you into the playoffs in a hurry.”