The news that Michelle Yeoh’s character would be getting her own spinoff series kicked things off ahead of the Star Trek: Discovery season 2 premiere this week. CBS All Access also has plans for an animated comedy program and another series that’s all about Patrick Stewart’s Jean-Luc Picard from Star Trek: The Next Generation. Despite these wonderful things, what fans of Gene Roddenberry’s expansive universe care most about right now is the return of Spock.

In April of last year, CBS announced that Ethan Peck, the grandson of legendary actor Gregory Peck, would be donning the pointed ears for Star Trek: Discovery season 2. Since then, the first images and trailers of Michael Burnham’s (Sonequa Martin-Green) foster brother have appeared across the internet. Many fans have been left wondering if the character’s second revival in recent memory could possibly do right by Leonard Nimoy, the actor who first played him in the original series. According to Peck, Martin-Green and the rest of the Discovery cast and crew, fans have nothing to worry about. 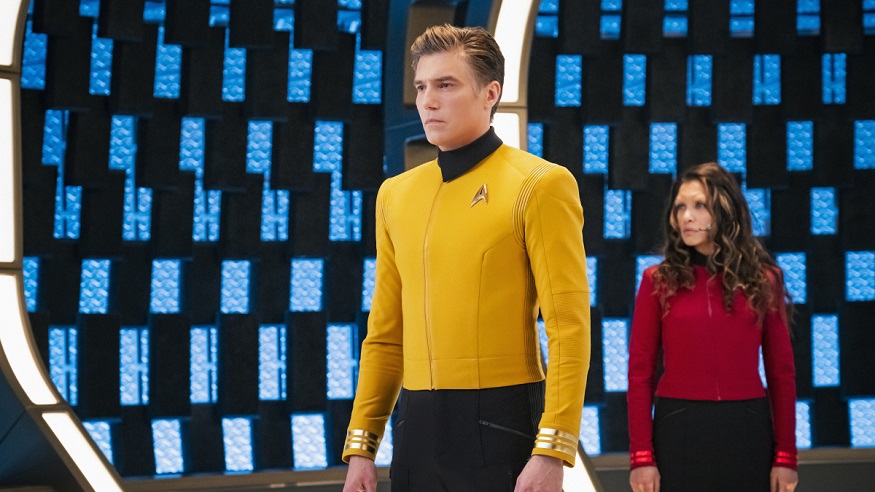 “It’s really scary and hugely humbling,” Peck tells Metro about taking on the iconic role. “I’m deeply honored. I’ve put in a lot of work into it, and I have a lot more work to do before it’s over.”

As the first season revealed, Spock’s family fostered Burnham, a fully human child, from a young age after her parents were killed by Klingons at a joint Human-Vulcan research facility. Her relationship with them later became strained, both because of the massive cultural differences between the two races and for other reasons that haven’t quite been revealed.

“It is a very complicated and difficult relationship,” says Martin-Green. “We dig into it as deep as we can go this season. I think it’s very courageous and very well done. It’s beautiful. I mean, it’s ugly but it’s also beautiful.”

Whether or not longtime Star Trek fans will buy into the sibling relationship’s depiction and explanation in season 2 remains to be seen. After all, many are still unhappy about Discovery’s initial decision to retcon the original series canon by giving Spock a foster sister. The USS Enterprise’s science officer never mentioned having a sibling in his previous appearances, so why start now?

Executive producer and writer Alex Kurtzman recognizes the complaints and concerns of some viewers. As an avid fan himself, however, he’s quick to emphasize he and his team went to great lengths to ensure Nimoy’s legacy.

“You have to start by saying that no one can fill their shoes. Leonard Nimoy is Leonard Nimoy and Zachary Quinto is Zachary Quinto,” he tells Metro. “What we need to ask ourselves is, ‘What is the spirit of this character and why has it endured through so many different actors?’ We have to ask how can we maintain that while also finding an actor who can bring their own thing to it? It’s not really about doing an imitation of another performance. It’s about getting into the beating heart of who Spock is.”

To his credit, Peck seems to have cracked the code of Spock in a way that will please Star Trek fans from all walks of life.

“I like to reference a quote from The Wrath of Khan when Kirk speaks at Spock’s funeral. He says, ‘Of all the souls I have known, his was the most human.’ Spock is a humanist. He struggles to make sense of his love and care for all beings. He’s such a peaceable person. That’s very important to me and it helped me figure out who this character truly was and is.”