STD testing? Yeah, there's an app for that - Metro US
Health

STD testing? Yeah, there’s an app for that

For a rip-roaring sexcapade in the boudoir, we leave our shyness in the living room (along with our underwear, pants and — for the love of God — socks), and unfortunately, there are times we leave the condom in the wrapper no matter how much we know about sexually transmitted diseases (STDs).

The best practice is to use protection during any kind of sex, but getting tested after a careless romp is the next best idea.

Enter Biem, the “world’s first virtual sexual health practice,” which launches on Tuesday and aims to serve the mobile generation.

Biem said it intends to eliminate “the awkwardness, shame and inconvenience that prevent people from getting tested and talking to their sexual partners about health and STDs.” 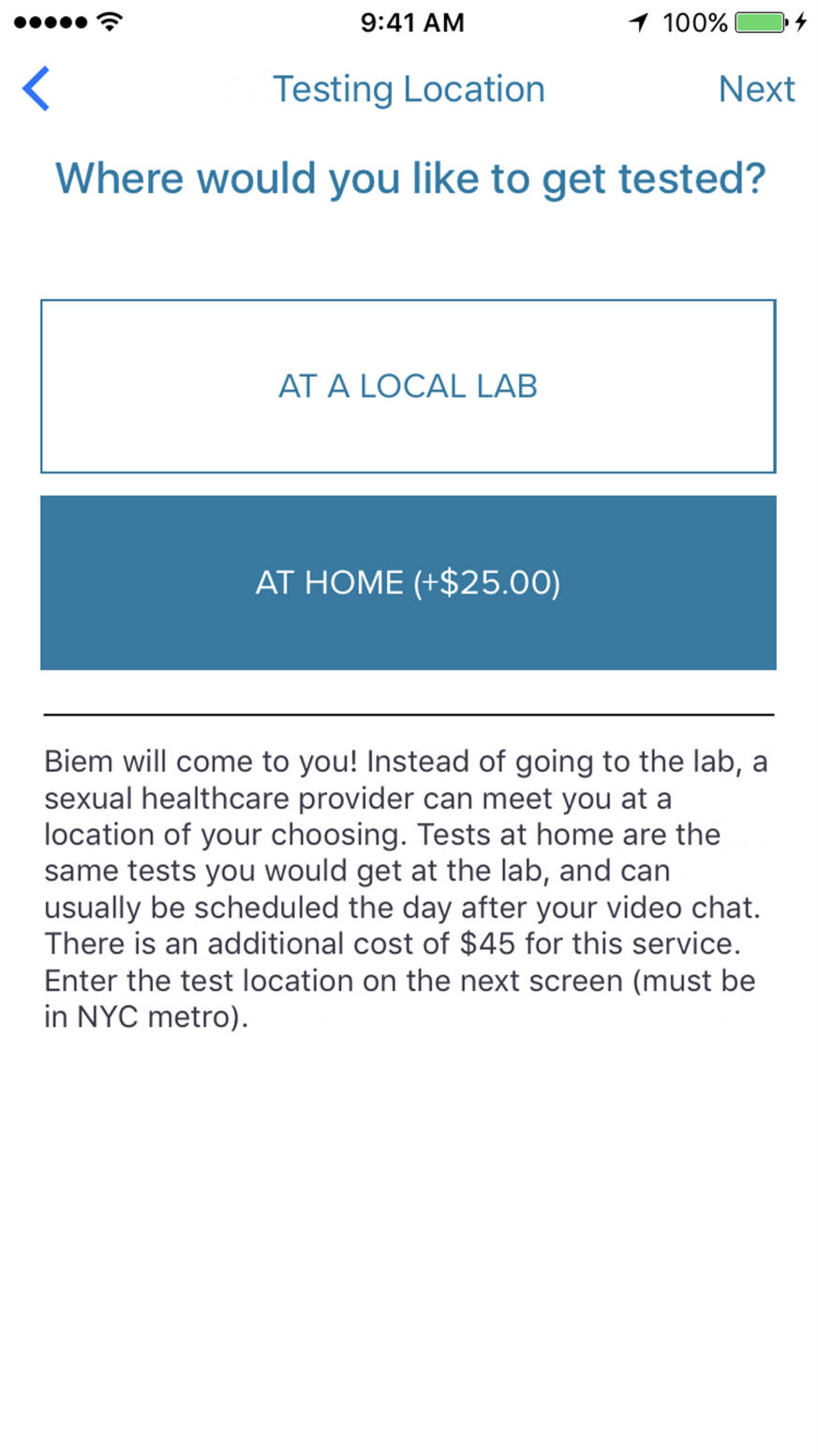 The rate of STDs in the United States hit an “unprecedented high,” according to the CDC’s most recent surveillance report. The center focused on syphilis during Sexually Transmitted Diseases Awareness Month in April after seeing rates increasing across all ages, regions and nearly every racial group in the nation. The CDC has also identified drug-resistant gonorrhea as an “urgent” public concern. STDs are often spread by people who don’t even know they have one.

If you’ve ever asked a potential sexual partner if he or she has any STDs, you probably took the person’s word for it. Kudos to you if you made the prospective ugly-bumper whip out the paper report, but not everyone has your balls. Nearly everyone, though, has a smartphone. 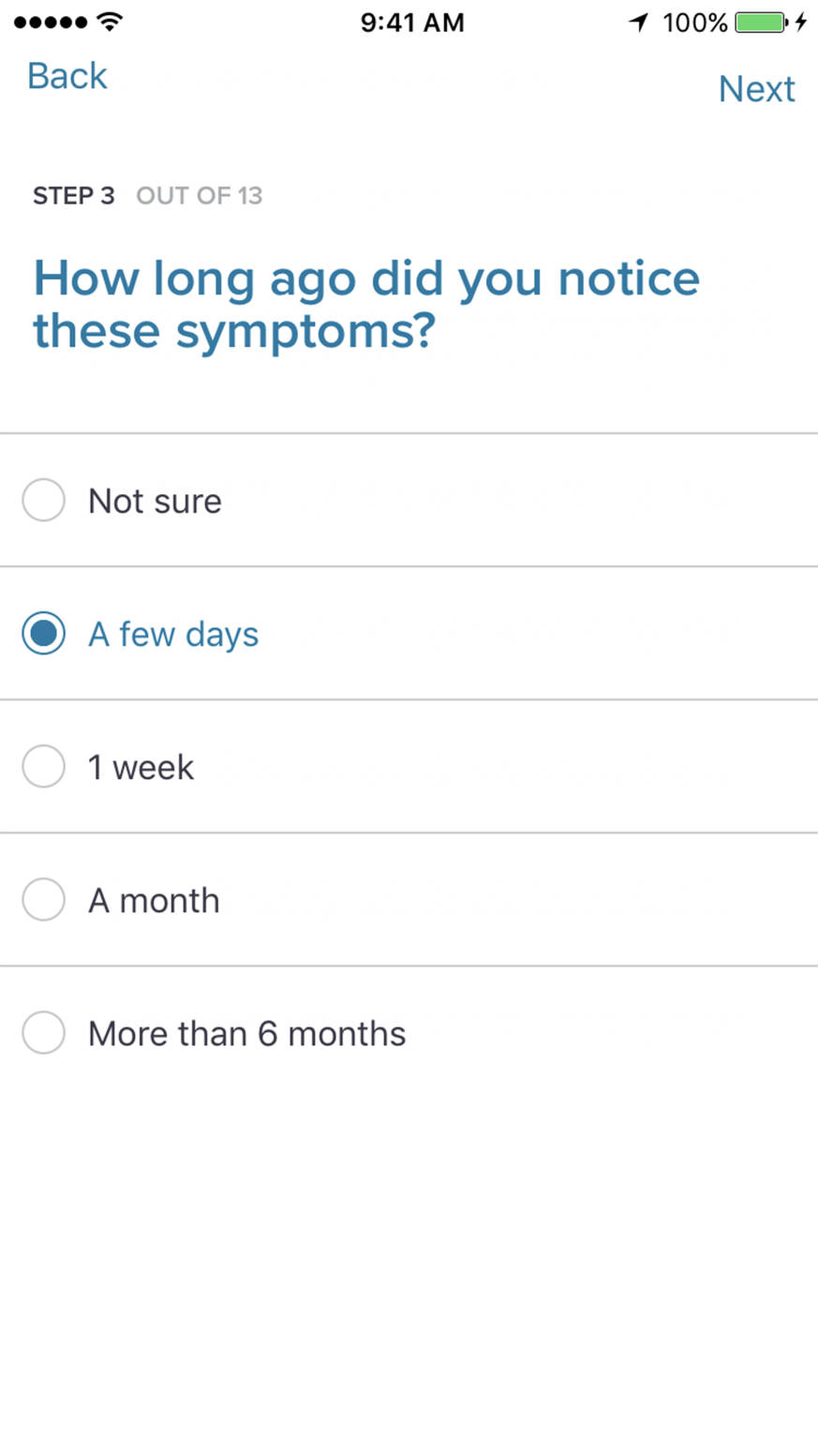 Biem is an app for iPhone and Android users, coupled with a virtual health clinic. From the comfort of home, users can discreetly answer questions about symptoms, set up a video appointment with a healthcare professional (which costs $45) and arrange testing.

Testing can be completed at a lab or, for an extra $45, right in your own home.

If you own your sexuality and proudly bring the box of Magnum condoms to the cashier, shyness might not be a factor for you, but the service, which does not require a subscription, has some cool features we peeped while walking through the app using preset test cases.

Testing at home, with FDA-approved policies, isn’t just a bonus for the burning-when-you-pee shy patient, but is amazing for people with crazy work hours or who are just too damn busy to wait in a doctor’s office.

Verified results, which can be shared with sexual partners, are sent directly to your phone once testing is complete. App users can also set up to receive anonymous notifications if someone they’ve connected with on the app tests positive for an STD within the next six months. And looking to the future, users can qualify for PrEP, pre-exposure prophylaxis for people with a high risk of HIV infection. 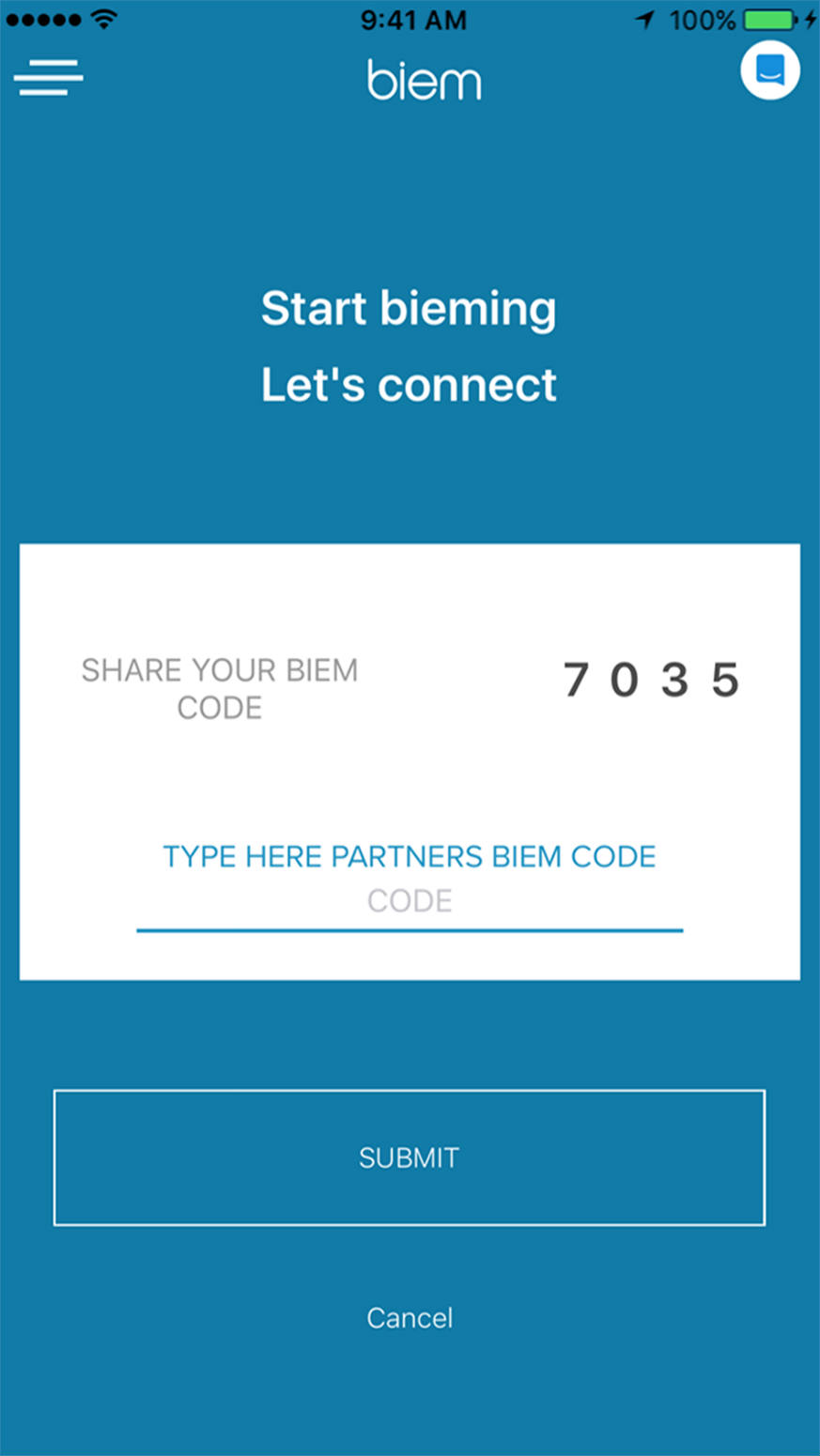 Biem’s co-founder and CEO Bryan Stacy developed the concept after being diagnosed with chlamydia and testicular cancer on the same day.

“I realized that the worst part of the entire experience was the two-month period before I was diagnosed — the time during which I felt something was wrong, but rationalized it away,” Stacy said about the inspiration behind Biem. “I knew I had to eliminate the barriers that keep people in this damaging loop.”

Biem tests for HIV, syphilis, gonorrhea, chalamdia, trichomonas (an STI caused by a parasite), herpes type 2 (genital) and hepatitis A, B and C — seven of the eight most common STDs in the United States. The service does not test for HPV, also on the CDC’s list of common STDs, or herpes type 1 (oral).

If you’re pressed for time, embarrassed or in denial, don’t just not deal. Play it safe and don’t put off testing. Not knowing doesn’t mean you don’t have an STD; it just means you aren’t taking charge.

It’s your body, your life.