STDs in the U.S. are at a record high - Metro US
Health

STDs in the U.S. are at a record high Sexually transmitted diseases are at record high levels in the U.S. And, if that doesn’t convince you to get tested for STDs, these numbers might do the trick. In 2017 alone, nearly 2.3 million cases of gonorrhea, syphilis and chlamydia were diagnosed in the U.S., according to a new report released by the CDC. This surpassed the 2016 record by 200,000 cases. Convinced yet?

Chlamydia remained the most common STD reported to the CDC, with 1.7 million cases diagnosed in 2017.

For more on this increase, click through to the CDC’s news release.

But the numbers aren’t the CDC’s only concern.

Most cases of syphilis — indicated by sores or rashes — gonorrhea and chlamydia — which may not display STD symptoms at all — are curable with antibiotics. However, the CDC says gonorrhea may become resistant to ceftriaxone, the only antibiotic currently effective in treating it.

We spoke to Dr. Adeeti Gupta, a board certified OBGYN and founder of Walk In GYN Care in NYC, about the possible causes of this increase and her number-one recommendation for prevention: get tested for STDs.

Dr. Gupta says Walk In GYN Care has collected monthly STD data of their own since the first location opened four years ago. “We have been watching monthly trends since 2014, and in the last two years the trends have shown a sharp rise,” she notes.

This STD increase could be linked to a number of different factors including lack of awareness and testing as well as rising insurance and out-of-pocket costs.

Lack of awareness, Dr. Gupta says, doesn’t just apply to us. It goes for providers too.

“Every interaction with a patient is an opportunity for screening,” she says. Even if a patient is only coming in for a simple birth control refill, ask them if they may want to get tested because “there are so many missed opportunities that we can utilize.”

There’s also, she argues, a lack of testing among males. “Meanwhile,” Dr. Gupta says, “they could be the carriers with no symptoms and [could] be infecting others unknowingly.”

This may hold true, specifically for straight males — the CDC emphasizes testing for women and men who have sex with other men. As one CDC spokesperson told VICE last year, “it is important to focus efforts on the groups, including young women and gay and bisexual men, who are disproportionately affected.”

Another factor of this STD increase? Lack of insurance coverage.

“Many of our patients have been getting billed for out-of-pocket costs for gonorrhea and chlamydia testing because it’s not considered a part of preventative screening anymore,” Dr. Gupta says. “As a result, these unsuspecting women have been upset and have started declining testing. I personally write so many letters to insurances, including Medicaid and federally funded insurances, appealing their decisions for coverage.”

Get tested for STDs: Is it free?

When you get tested for STDs (whether it’s in a facility or at home) there’s typically some sort of fee. Free testing is available at certain clinics — which Dr. Gupta says are federally funded. On that note, it’s always good to weigh your options to consider what’s best for you and your sexual health.

However you choose to get tested, “just make sure you know what you are getting tested for and you follow up on the results,” she says.

You can find information on STD testing and insurance coverage on the CDC website, or you can contact your healthcare provider directly. 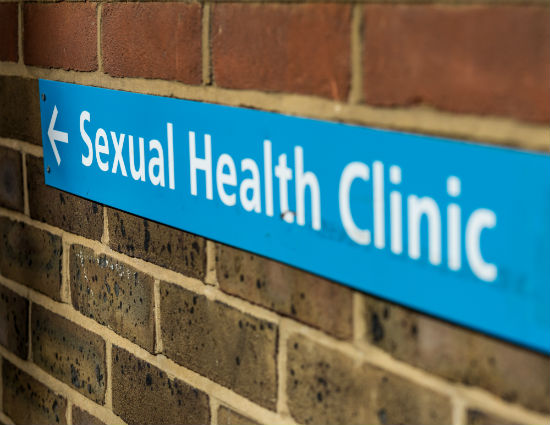 Dr. Gupta’s walk-in centers “accept most insurances and have a cash wellness package where we absorb a lot of testing cost by subsidizing it ourselves,” she explains. More information is available on Walk In GYN Care’s insurances, fees and forms page.

“In an ideal world, healthcare testing and treatment should be free,” Dr. Gupta says. “…it doesn’t mean we should not get tested and take charge of our own health.”

Get tested for STDs: How to ask

Dr. Gupta stresses that you should get tested for STDs at least once a year — “even if you are in a monogamous relationship,” she adds.

For people who are not in monogamous relationships, get tested for STDs “after every new partner,” she says. “And, before having [a] sexual relationship with anyone, ask for documented negative HIV, syphilis, Hepatitis B and C, gonorrhea, chlamydia, trichomoniasis and genital herpes results. It may not look good but it’s what you need for your own safety.”

Besides condoms and birth control, the best way to prevent infection is to get tested for STDs. For more information on the specific types of tests, check out the American Sexual Health Association (ASHA) website or Planned Parenthood.

“There is no doubt that we are heading into an STD epidemic unless we ramp up detection and treatment,” Dr. Gupta says. And, when it comes to getting tested, “it’s really just as easy as walking in [and] asking.”