Sterling K. Brown on ‘This Is Us,’ his busy year, and making people cry in the street – Metro US
Entertainment

Sterling K. Brown on ‘This Is Us,’ his busy year, and making people cry in the street At this point, it almost seems like a given that Sterling K. Brown is going to have a pretty busy release schedule. The actor has been working at a reliable pace in theater, television and film since the early 2000s, but ever since he made his big splash with his award-winning performance in Ryan Murphy’s “The People v. O.J. Simpson” and with the massive success of the NBC ratings juggernaut and critical darling “This Is Us,” life has changed in a much more noticeable way for the actor.

“I think Dan and our writers have this masterful way of cracking people’s souls open and giving them permission to feel everything that they want to but that they don’t give themselves permission to do on a day-to-day basis. Because life is hard, and sometimes we put up these walls so we can make it through the day,” – Sterling K. Brown on “This Is Us” 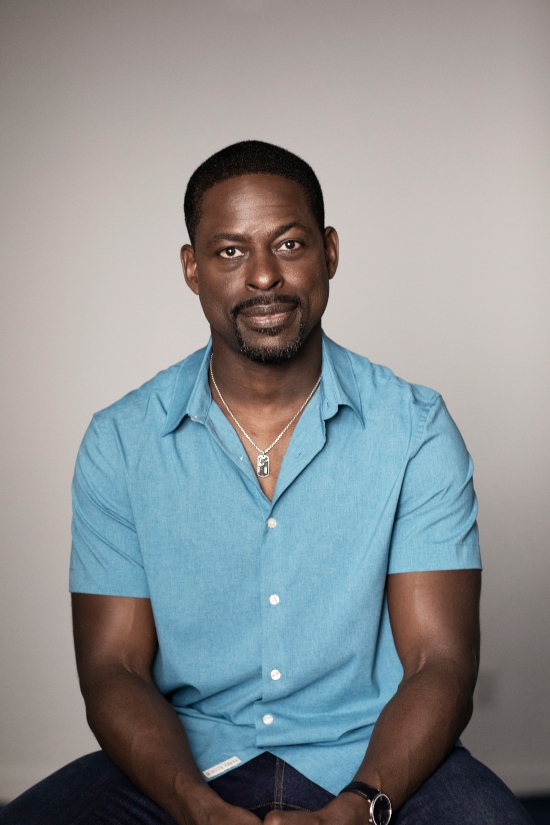 “This Is Us” will be returning tonight with an extended premiere event. But this fall, fans will be able to see Brown in a myriad of different high-profile projects including a role in the highly anticipated “Frozen 2”; alongside Blake Lively and Jude Law in “The Rhythm Section”; as a cast member in the Amazon Prime hit “The Marvelous Mrs. Maisel”; and starring in the film “Waves,” which received a great reception at the Toronto Film Festival. I caught up with Brown over the phone on his way back from the festival about returning to his role of Randall Pearson on the fourth season of “This Is Us” and the genius of the show’s creator, Dan Fogelman.

“I think with every project you pick, you’re hopeful,” says Brown of the early days of the show. “I read this script and it was, bar none, the best network television pilot I had ever read. I knew Fogelman from ‘Crazy Stupid Love.’ I was like, ‘Alright, this guy wrote one of my favorite romantic comedies, he’s now written one of my favorite pilots. I think I’m in good hands.’ I knew that it was a great pilot. I didn’t know what the show was going to be, necessarily. But Dan did.”

Brown and the rest of the cast were totally unaware of the life the show would take on as the first season went on. “It’s not until you get two or three episodes in until you know that you have a good series. But, people were sticking with us and loving the show more and more,” he says. “You shoot the first six or seven episodes before anybody ever sees anything. You’re in a bit of a vacuum. Then you release it out into the world and you see how your work is affecting people. It was profound for us as performers to know that our work was touching people the way that it has been over the past few years.”

The show has done something truly unique as it has become one of the most reliable emotional haymakers on network television. I ask Brown, with a laugh, if he is constantly approached by fans of the show who immediately burst into tears.

“You laugh as you say it, because I think a part of you already knows what the answer is. The answer is yes!” He laughs. “I want to say that I’m used to it, but I’m not, because I’m surprised every time it happens. But it happens a lot. It runs the gamut. People tell me, ‘You made me want to call my brother,’ ‘You made me forgive my mother,’ ‘You made me want to adopt a baby.’ … I’m like, ‘Holy cow, take it easy!’ I wasn’t trying to do all of those things, necessarily. But, things that were buried under the surface of their subconscious got a chance to come to the forefront by virtue of watching the show. I think Dan and our writers have this masterful way of cracking people’s souls open and giving them permission to feel everything that they want to but that they don’t give themselves permission to do on a day-to-day basis. Because life is hard, and sometimes we put up these walls so we can make it through the day.”

But while “This Is Us” is one of the most anticipated shows on television, Brown is also attaching his name to one of the most binge-worthy streaming shows, Amy and Dan Sherman-Palladino’s razor-witted “The Marvelous Mrs. Maisel.”

“Being from the theater, out of television shows that’s the closest I’ve come to being onstage,” Brown says of stepping into the fantastical world of this unique show. “Amy and Dan write these 85-, 90-page scripts that they still try to film in 60 minutes. There’s pace, people are speaking at the speed of light, or at least the speed of sound. Sometimes you think you’re going fast and then they’ll say, ‘Oh you can pace things up a little bit.’ It’s like, oh okay… It’s awesome. It really was exhilarating. So much fun to get a chance to exercise another muscle. I got the chance to play a lot with Rachel and Alex and they’re two wonderful thespians. The vibe was as familial as our vibe is on ‘This Is Us.’ So it was nice going from one family set to another.”

In between all of these projects, Brown has become involved in the web series “Survivorship Today: What It’s Like to Live With Cancer” in order to provide those living with cancer resources and testimonials from others like them.

“My uncle Sonny, my mom’s younger brother, passed away in 2004 from cancer,” says Brown. “He got diagnosed and about six months to the day, he expired. It was a devastating blow to our family to see how quickly it can work and lead to your demise. But, the good news is that cancer does not have to be a death sentence. People are in fact living longer with cancer today than they were in the past.”

The series is in partnership with  Bristol-Myers Squibb and hopes to educate those who may be living with cancer, or living with those who have been diagnosed, on the resources available to help in their fight. You can watch the entire series of “Survivorship Today” over at survivorshiptoday.com.

Watch the trailer for the new season of “This is Us” with Sterling K. Brown below…