Guy Ritchie is not your normal director. He’s no quiet, brooding artiste who muses about his craft. His movies feel like him: They have his energy and his very English sense of humor. When he graduated from dirty, fast-paced crime comedies, like “Lock, Stock and Two Smoking Barrels” and “Snatch,” to the big-budget franchise-starter that was 2009’s “Sherlock Holmes,” there was a worry that his voice would be consumed by corporate product. But it wasn’t. The same went with “The Man from U.N.C.L.E.” And it goes, too, with his new “King Arthur: Legend of the Sword,” with Charlie Hunnam’s ripped and sometimes even funny take on the Once and Future King.

This is a round-about way of saying that when you speak to Guy Ritchie, you may wind up talking about Liam Neeson’s penis.

Ritchie spoke to us about making a “King Arthur” that didn’t feel like it was made by a committee, his favorite Arthur movie that isn’t his own and how his next film, a take on Disney’s “Aladdin,” probably won’t be some R-rated Guy Ritchie film.

I was slightly surprised that “King Arthur” felt like one of your films. Usually fantasy movies feel very proper, staid; they have flowery dialogue. This one felt like you.
Right. I hope so. I like director-driven movies. I respond to a director who says, “Right, this is what we’re doing.” They grab you by the scruff of your neck and you go, “Oh, thanks!” I want to be told what to think as opposed to one of those committee movies, you know? Where each scene looks like it was directed by someone else.

I was perhaps most delighted that you slipped in funny nicknames, as though you were still making “Lock, Stock” and “Snatch.” Goosefat [played by Aiden Gillen] is a good one.
Goosefat’s a fun name, isn’t it? Actually, I should give credit where credit is due. Lionel [Wigram], the producer, came up with it. It’s not particularly his world, coming up with nicknames. But he came up with Goosefat. It was for another reason he was called Goosefat, which was rather rude. So we turned it into Goosefat because he was good at slipping out between bars.

And there’s Mischief John.
Yeah, Mischief John. Mischief is a wonderful word. I wanted to include more of Mischief John, but unfortunately he got gobbled up [in the final cut]. But he’s one of my favorite characters. I’m glad you picked up on that. 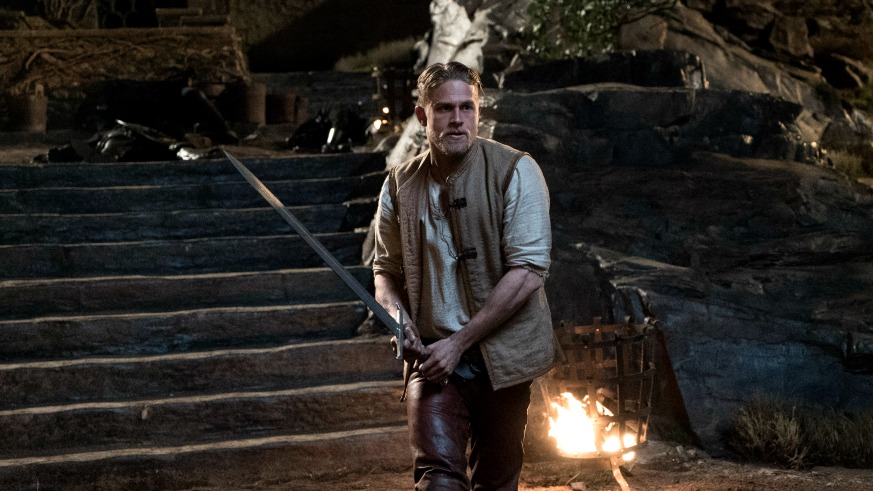 You’ve now done four films set in the past. Does nipping into different, old genres feel more comfortable to you now?
I enjoy it enormously. By now I’ve built up some momentum. I have to tell you, committing to “Sherlock” was a scary prospect. You become comfortable in whatever your milieu is. To jump into that world, it was scary for about 15 minutes. Then once you commit, you go, “OK, it’s not as exotic as I thought it was going to be.” The finished product, you think, “Oh, this is pretty different.” Hopefully you can feel the flavor in it. It’s true to its genre, but at the same time there’s a voice in it. And hopefully that voice feels fresh.

I imagine the “Aladdin” you signed on to make will be very different. And I imagine you can’t say much about it at this point.
I can’t, because we’re so near the beginning. There isn’t enough to share. But again, it was scary for the first 15 minutes, then you’re like, “Oh, we’re doing it.”

I’m assuming it won’t be an R-rated, “Lock, Stock”-style “Aladdin.”
I mean…have you seen the “Scottish Aladdin”?

What is that?
[Smiles mischievously] You should look it up. [Ed. NSFW]

Do you have a favorite old King Arthur movie? Other than “Monty Python and the Holy Grail,” obviously?
The truth is, I haven’t seen many of the others. Other than “Monty Python,” what else is there? There was “First Knight,” but I didn’t see that either. The only big one I can think of is [John] Boorman’s one [“Excalibur,” from 1981].

That’s a great movie, but also not quite a straight-forward Arthur movie. It’s really weird, in an amazing way.
Pretty weird. But f—ing genius moments in it, by the way. Its weirdness is where the gold really lies. When [Uther] Pendragon rides in on the dragon’s breath, I was in there, brother. And then the son with the gold mask? It was good imagery — big, bold stuff. You had the Irishman with the big willy. What’s his name?

I have no idea. Pierce Brosnan? Wait, he’s not in it.
No. Does he have a big willy?

I could not tell you if Pierce Brosnan has a big willy.
No, it’s what’s-his-name. He’s the big Irish guy. [Thinks] Liam Neeson.

Yes! Does he have a big willy?
That’s what everyone says.